on December 05, 2010
"You don't seem anything like the girl that you described. Based on what I'm seeing now, you've come a long way in such a short time."

This is the essence of what someone just told me recently during a conversation about how I was like before when I would fall in love and why I am a tad bit wary of falling in love again. He was pretty surprised that I told him that I used to be possessive, whiny, and centered on the guy that I was with. He said that from what he sees, I am the type of girl who knows what she wants, gets it, and if things don't go my way, then I'd say "there goes that, move on!"

I was amazed. I was so surprised that he could not imagine that I used to be like that based on what he sees now. (This friend of mine is someone I met less than a month ago.) He made me realize that in just 6 months, I have been able to turn myself around.

Where I used to be whiny, I am now able to hold back negative thoughts from time to time and just go with the flow. Where I used to be possessive, I am now able to accept that the only person I truly own is myself. I do not own anyone, not my future partner nor my son. I only own me. Now isn't this something for someone who used to panic when my ex would not text me back asap. LOL.

I may have made some leaps but I still have mountains to conquer. I am still not whole as a person but I am getting there ... and when I do ... when I am ready ... the person who will be my other half would be so lucky for I am complete and I am capable of loving him 100% without losing me. Till then ... I say, so many men, so little time.

Cheers to being single! 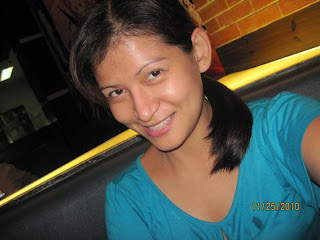 My Thoughts & My Life