Last time I was in Singapore, I was not able to try out the laksa. This time around, I promised myself that I would try it and on the 4th day, I did. 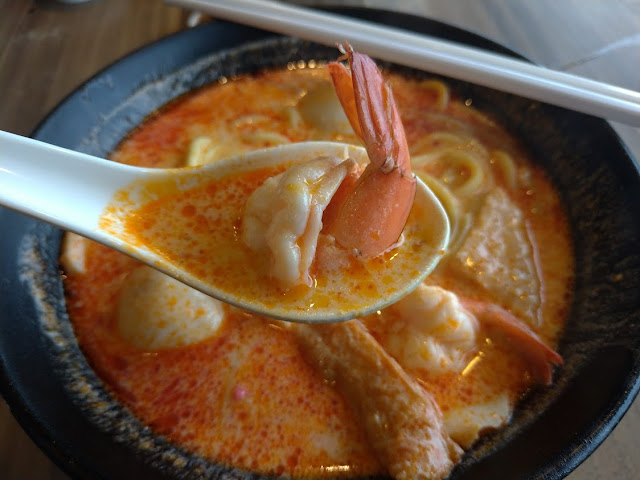 This Laksa was from a food court but it was sooo good. It was spicy but because it was not the kind of spicy hot that burns your tongue, I actually finished the entire thing.  Laksa is a spicy noodle soup popular in Peranakan cuisine. Laksa consists of rice noodles or rice vermicelli with chicken, prawn or fish, served in spicy soup based on either rich and spicy curry coconut milk or on sour asam (tamarind or gelugur). Laksa is found in Malaysia,Singapore, Indonesia, and Southern Thailand. 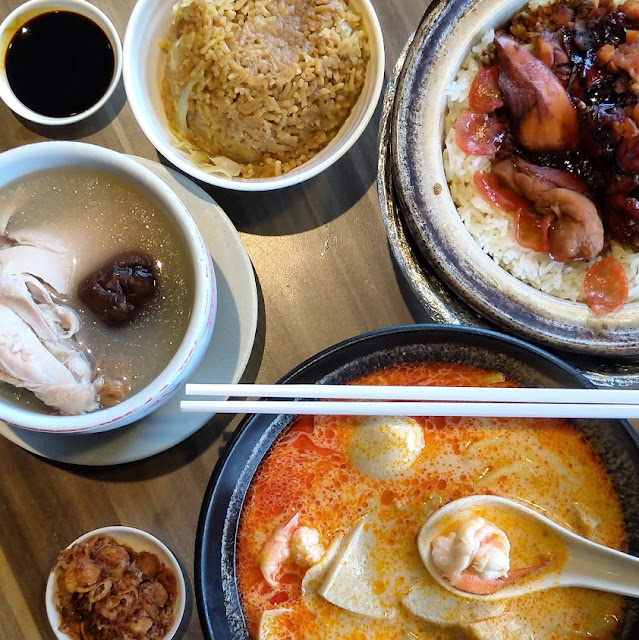 This was a meal we had in a food court named Cookhouse by Koufu. It's so amazing how the food in their food court can be so delicious. It can rival our restaurants here. Step it up Manila, step it up! They even had Buddha Jump Over the Wall in small portions, something that can never be had here in the Philippines. Here, you'd need to order 3 days in advance and pay over Php10,000. In Singapore, this bowl costs $8 only and it came with rice. $8 is less than Php320. 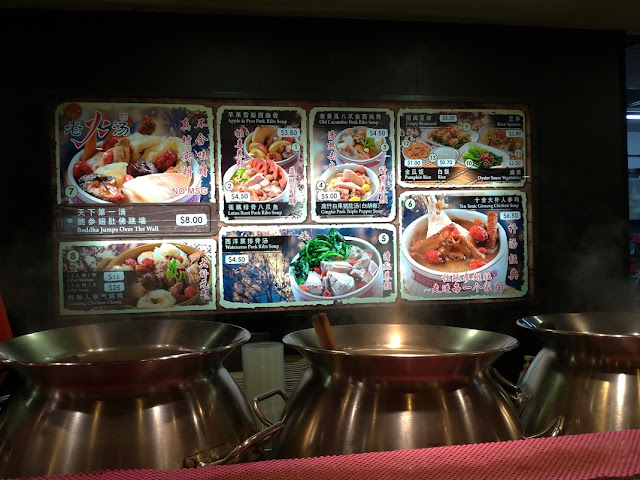 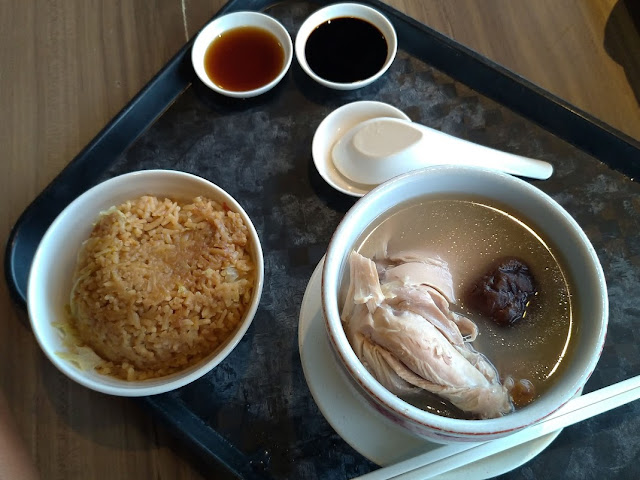 They also had satay but unlike the previous one I had, this was just so-so. 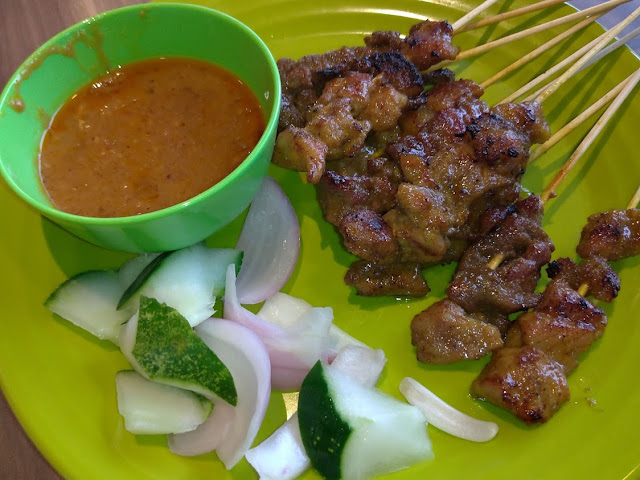 Another place my brothers took me was Suki-ya which was near the Singapore Indoor Stadium. 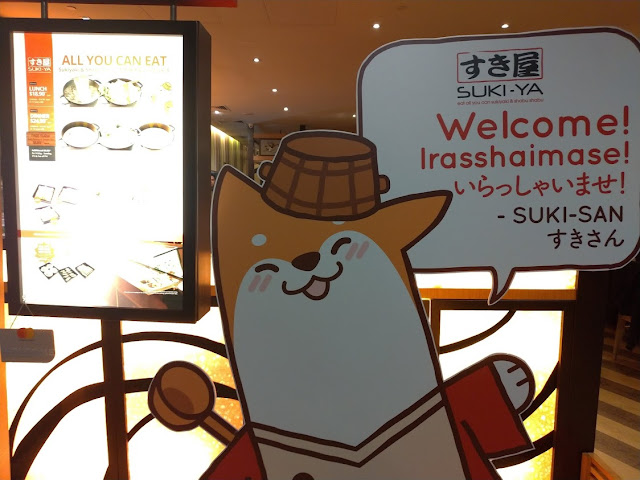 This one is an eat all you can hotpot and though I've had similar hotpots in Manila, this one is equally nice. Make sure you have one of those Singaporean apps though so that the meal here can be a buy one take one or have a massive discount because this meal is about $20 per head. 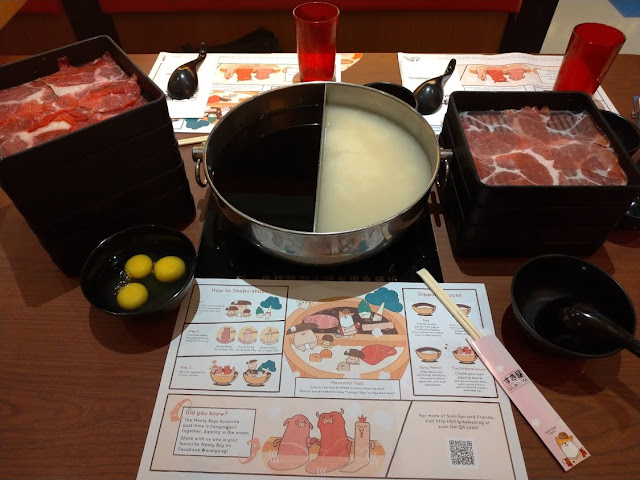 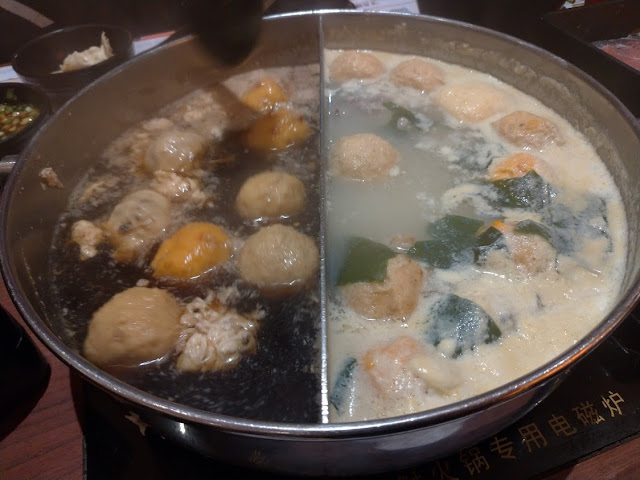 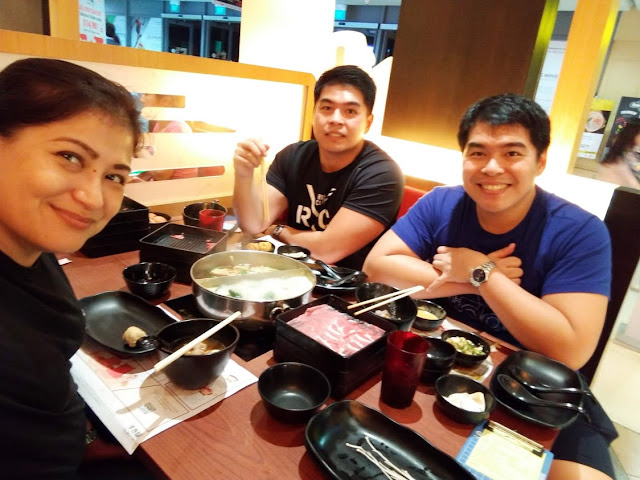 The other places that we ate at was Tachihara. It's a brunch kind of place but there wasn't really anything memorable about the place. If you're into cinnamon toast, they serve a good one. 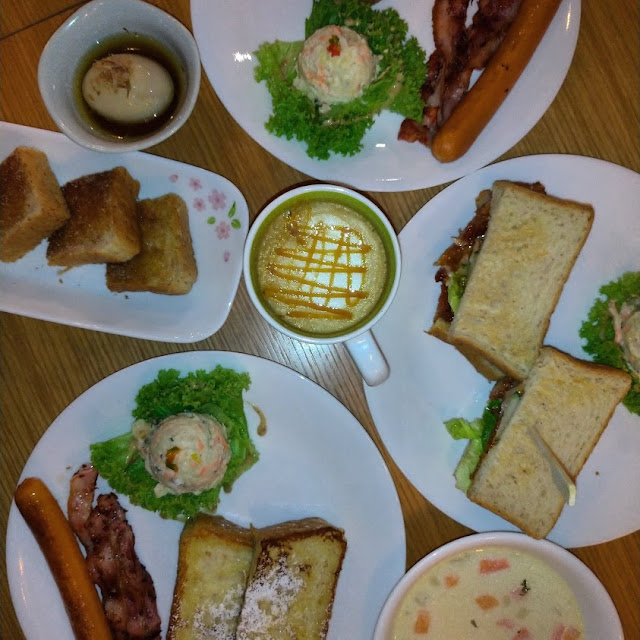 The most memorable place that we ate at was Ginza Tendon Itsuki. I am telling you guys, THIS PLACE ROCKS! 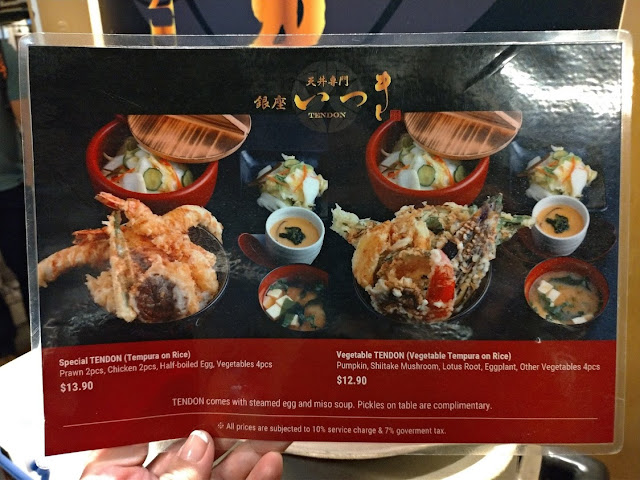 They only have two items you can choose from. We had the Special. 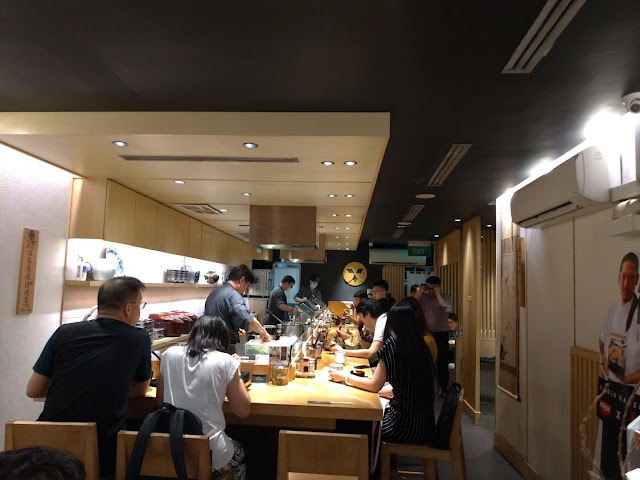 This is how it looks inside. Luckily, we were given one of the 3 tables inside because there were 4 of us. PRO TIP: If you are a party of 3, 4 and up, they will not let you in unless you are all complete. 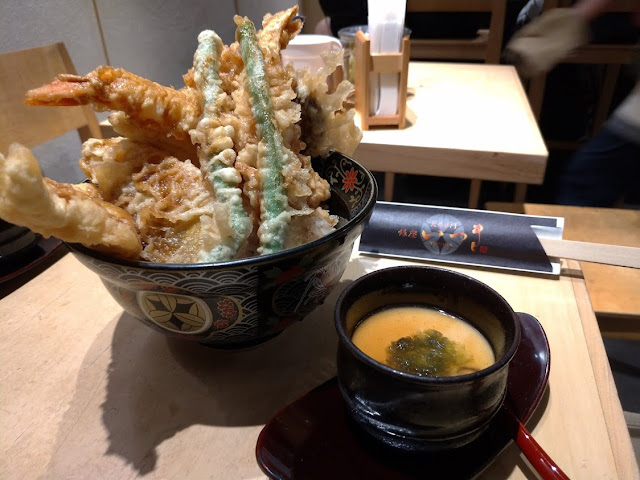 TADA!!!! This is the most delicious tempura that I have ever had. OMIGOD it was so good that I promised myself I will bring B there because I know that he will enjoy the food so much since he loves tempura like crazy. 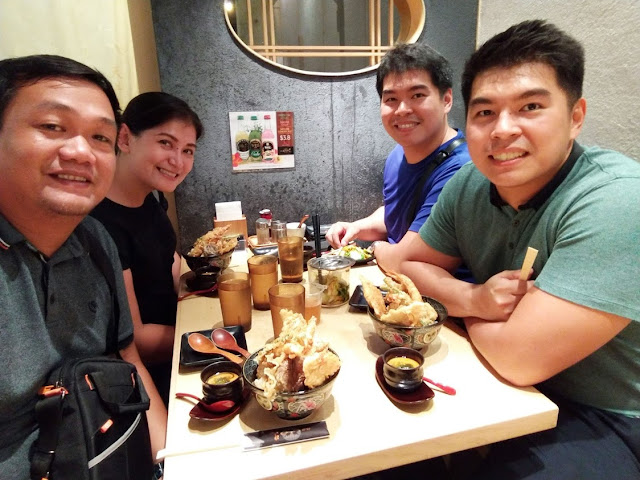 Last time, I did not tell you the name of the place where I found the Salted Egg Crab. This time, I can share with you the details. 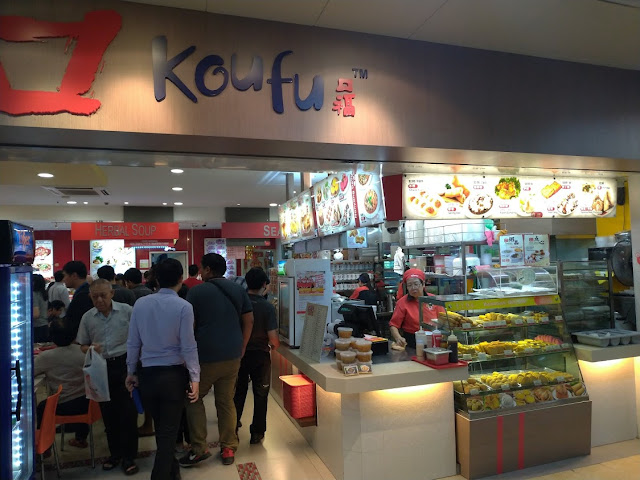 So this place is located in Queenstown, near Ikea and is called Koufu. 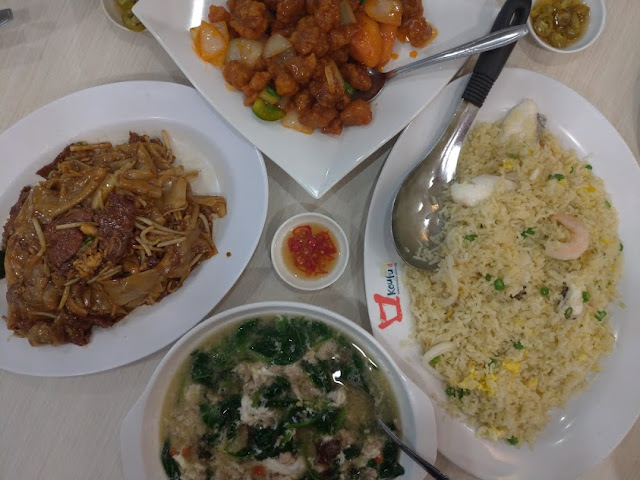 This is the salted egg crab that I have been raving about. It's not cheap BUT it's so worth it. This one is $45. 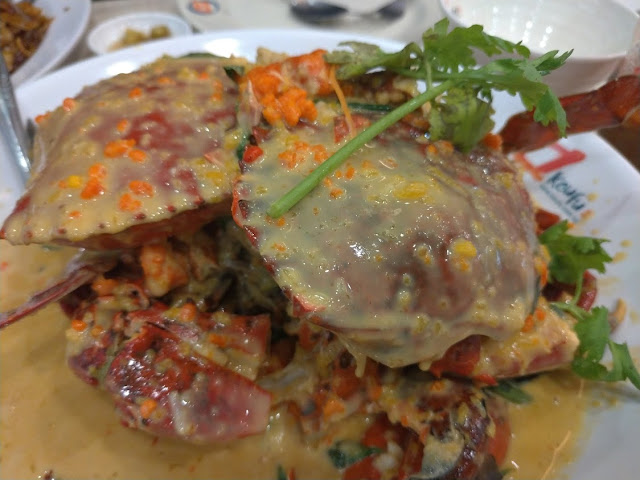 The cereal prawn is another thing you need to order here. I'd say prepare to spend a lot more in this place but be ready to have taste buds go to heaven as well since the food is really good. 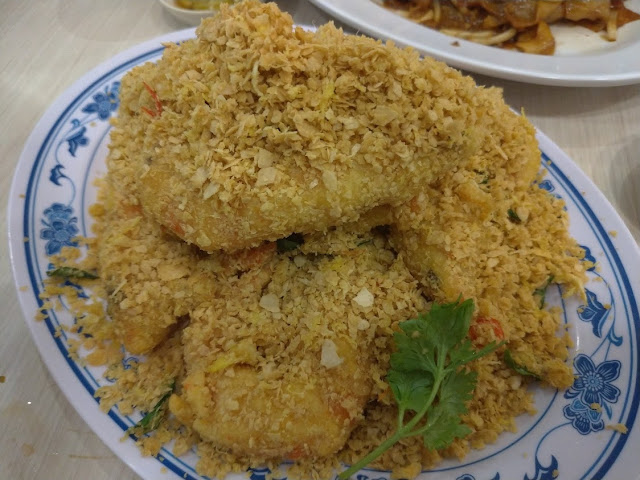 On the ground floor of BOSS Hotel is EPIC which is a fancy hawker place. I say fancy because it is air conditioned but the prices are still cheap. 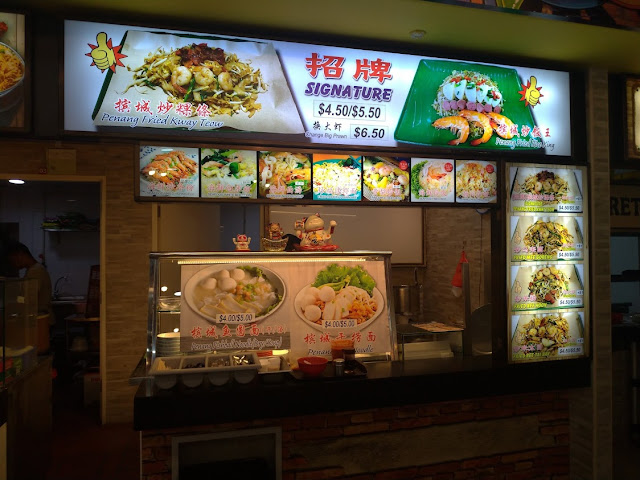 This fishball noodle is SOOOO good. Really good. Amazingly good. Good enough that I made this my last meal before flying out of Singapore. 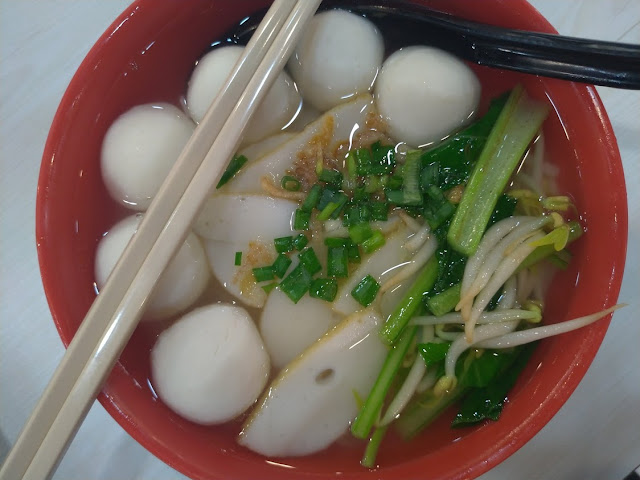 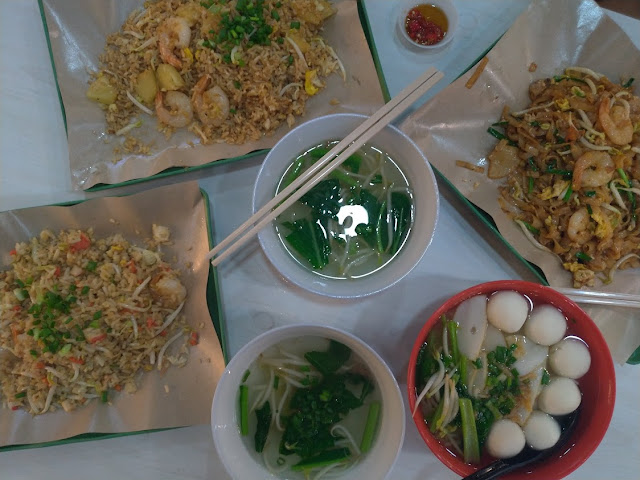 The Char Kway Teow has remained consistently good all throughout my stay in Singapore. It's like anywhere I buy it, it's just really good. 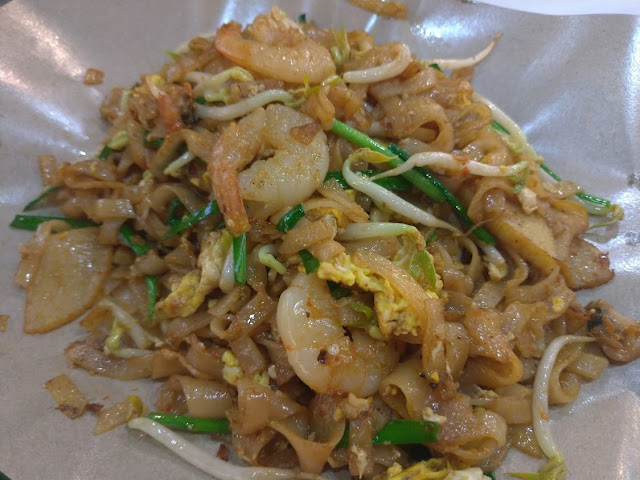 Here are the other posts that I've done about food places in Singapore.