ONE: Conquest of Champions

A lof of people has asked me why I support ONE Championship. Some people say it's too violate while some think it's just a bunch of guys fighting each other to the death. I always make it a point to explain to them that ONE Championship is so much more than that.

It is about heart. To continue fighting even when you have lost and been relegated to the lowest level because you love the sport takes a lot of heart. It also takes a lot of heart to continuously love a sport that leaves you bruised and in pain after every bout.

It is about discipline. To be a fghter in ONE, you need to be disciplined and not make any scandals. You need to learn respect and apply it to all fights, in and out of the ring. You need to have utmost discipline because you can't be champion if you don't have discipline in your bones.

These are two attributes that Eduard Folayang and Brandon Vera both have. This is what sets them apart from the rest and this is what we can all expect to see when they step into the ring to face the worthiest of opponents. 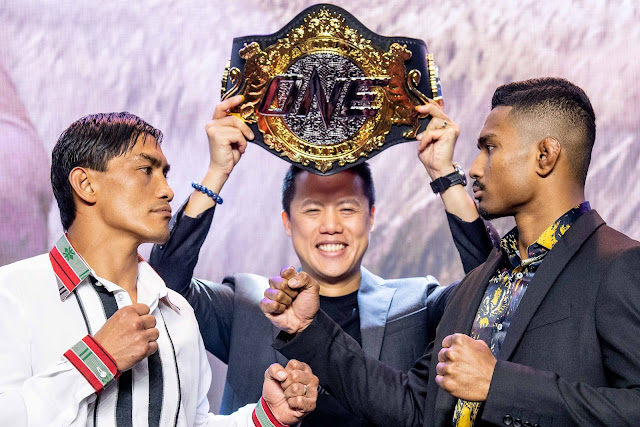 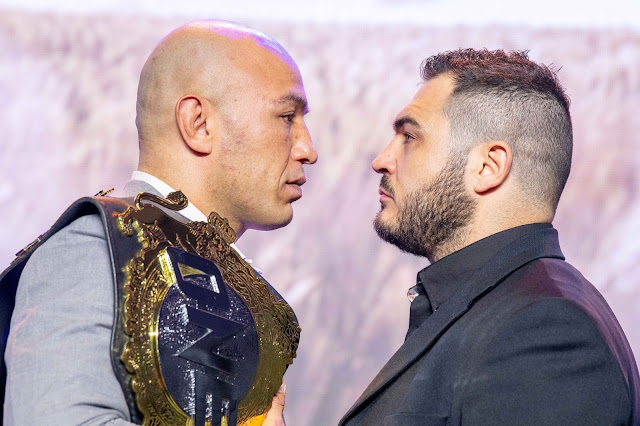 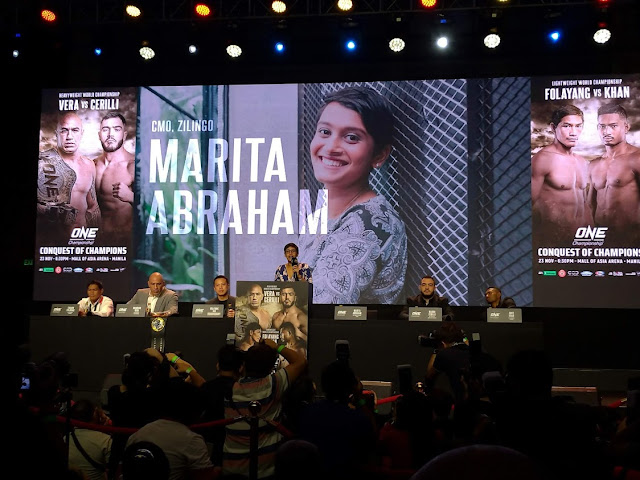 Also in attendance were CMO of Zilingo, Marita Abraham, and Vice President, Gaming Operations of COD, Mr. Roger Lwin.
Announced at the Press Conference were news of ONE Championship’s new athleisure business and the launch of the official ONE Championship online store, offering global fans direct access to a wide range of urban lifestyle streetwear. Available at https://shop.onefc.com/, consumers will be able to purchase the newest merchandise and pre-order special limited edition products globally online, anytime and anywhere.
Ticket information for ONE: CONQUEST OF CHAMPIONS is available at www.onefc.com.

on November 20, 2018
Email ThisBlogThis!Share to TwitterShare to FacebookShare to Pinterest
Labels: Sports & Fitness