on November 11, 2018
This is actually why I was in Singapore. A lot of people know me as a writer and as a blogger but one of my majors was actually Photography so from time to time, I do go back to one of my old loves. So here 's the highlight of the Heart of the Lion fight held in Singapore. 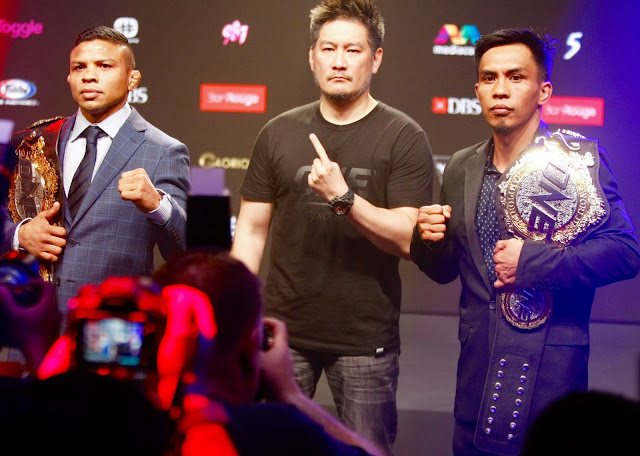 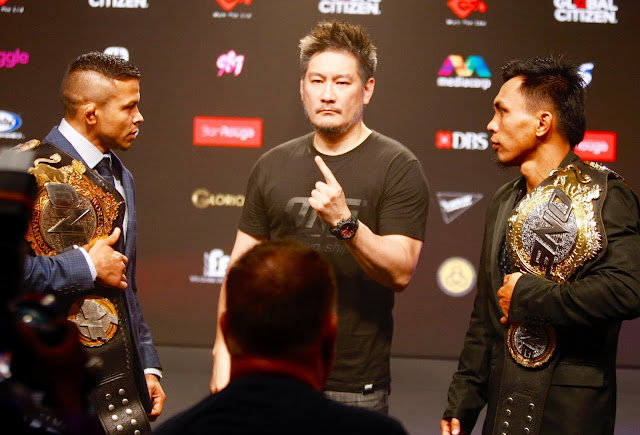 Belingon was not a favorite to win. After all, he was facing Bibiano who was on an 8 year winning streak. However, with perfectly timed body shots, superb ground and take down defense coupled with his never say die spirit, Belingon shook the MMA world when he defeated Bibiano. 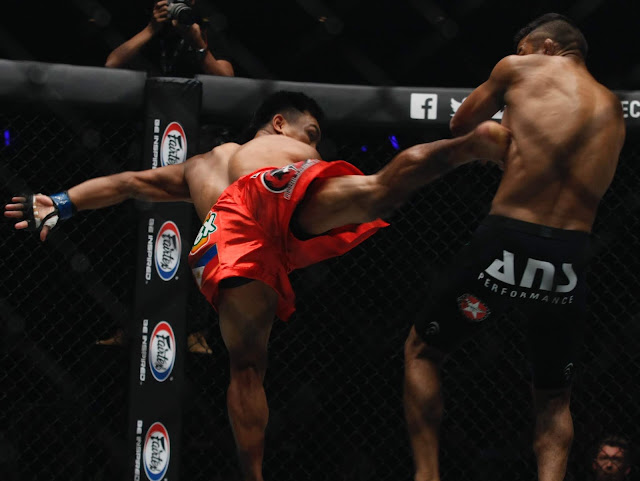 Bibiano is famous for his ground techniques and Bibiano made sure to bring Belingon to the ground but Belingon was able to overcome his major weakness which is his groundwork and defended himself from Bibiano's ground and take down attacks. 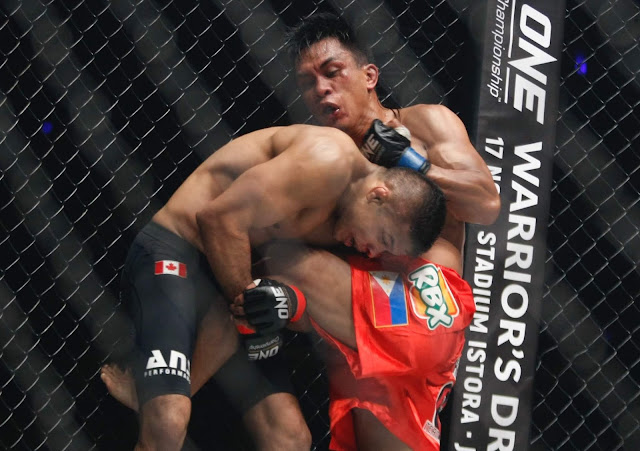 Belingon is the true epitome that when you want something and work hard for it, you can get it.

Other highlights of the Heart of the Lion:

In the co-main event of the evening, former ONE World Title challenger Christian “The Warrior” Lee gave fans at the Singapore Indoor Stadium a reason to celebrate after defeating Japan’s Kazuki Tokudome via technical knockout in the first round. Lee weathered Tokudome’s takedown efforts in the opening moments of the bout before landing a solid right straight that dropped his Japanese opponent to the canvas. Lee finished the task at hand by raining down piston-like ground shots, forcing the referee to step in and wave it off.The legendary Giorgio “The Doctor” Petrosyan once again showcased his exceptional kickboxing pedigree on the global stage, putting on a striking masterclass to defeat Muay Thai star Sorgraw Petchyindee Academy via unanimous decision. Petrosyan overwhelmed Sorgraw with his world-class boxing skills, unloading a barrage of thunderous punches while also displaying impeccable defense. After three rounds of action, Petrosyan was declared the winner, further extending his remarkable streak of victories. Female strawweight contenders Tiffany “No Chill” Teo of Singapore and Michelle Nicolini of Brazil put on an absolute show to the delight of a packed Singapore Indoor Stadium crowd. For 15 minutes, Teo and Nicolini gave everything they had and left it all inside the cage. While Nicolini showcased her world-class grappling, it was Teo who kept her opponent on the end of some powerful striking combinations. After three rounds of grueling action, Teo took home the hard-earned victory by unanimous decision.Australia’s Adrian “The Hunter” Pang triumphantly returned to the winner’s circle with a technical knockout victory over Japan’s Kota Shimoishi. Pang, showcasing his incredible toughness and durability, punished Shimoishi both on the feet and on the ground with heavy strikes in the first round. Unfortunately, Shimoishi was unable to answer the call for the second round, and Pang was awarded the stoppage win.