on walking out and staying put ...

I've experienced almost everything in my previous relationships. I've been cheated on, used as a filler, smacked around, stalked, and I was almost killed. It was that bad. The one thing that they all had in common though was they all stayed.

I lost so many people that I loved that when someone actually wants to stay, it surprises me and puts me on edge. I start to think, "when is the other shoe going to fall?"

When I was recovering from my heartbreak and all the other heartbreaks I've had (coz I don't know about you guys but everytime I get hurt, the other hurts come back and it's like I feel every single heartache that I've had from all the people who have left me or betrayed me,)  my sister told me that I was the perfect person for the song Too Good at Goodbye. I read the lyrics and though it saddened me because she was right, I couldn't say anything because she was right. 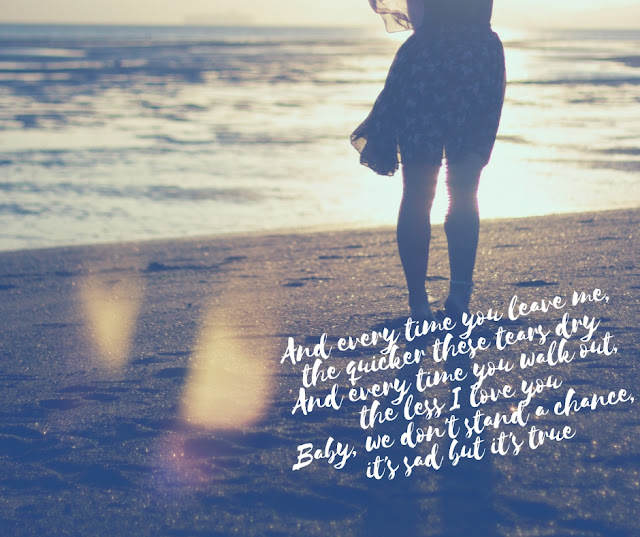 December of last year, I met M and he made me believe in love again. I resisted. I fought against it and against him vehemently. I didn't wanna get hurt. I was scared of getting hurt.

However, he won my family over, thus winning me over. I thought, maybe, maybe this time I won't get hurt. I forgot that when you love someone, you automatically give them the right to hurt you because they matter. Since they matter, everything that they do will matter and sometimes, they will do something that will hurt you.

Sometimes, they do something that will not just hurt you. It will crush you. It will break you. It will hurt you so bad that you feel a deep aching pain on your chest and no matter how much you want to cry, you can't anymore because all you tears have dried up and you just end up on the bathroom floor heaving dry sobs and wanting Mother Earth to swallow you whole.

When M first walked out on me and left me at the parking lot of a hotel, I stood there for 30 minutes because I couldn't believe that he would just leave me. You see, no matter how bad things got with my previous relationships, none of them have ever actually left me anywhere. When M did, I was baffled. Think of those poor dogs left on the side of the street by their owners and they get this confused look on their faces then they think "nope, they're gonna come back for me. They love me. They wouldn't leave me here by myself." and then slowly, painfully, the reality sinks in.  You have been left behind.

I have been left behind.

The second time he left me, I was still in denial. The whole time I was walking under heavy rains, I would imagine that he was just there and he would come up to me and say sorry. He couldn't have left me again. He knew how much it hurt the first time. He promised he wouldn't. He wouldn't break my heart that way right? He couldn't. Why would he? He said he loved me.

Again, the realization hit when I found myself standing in an extremely cold airconditioned bus, drenched from the rain, on my way home.

I have been left behind.

The third time it happened (yes, apparently I really am a glutton for punishment) a part of me was expecting it already. When it happened, it still hurt but not as much as it did before. After all, it has become a pattern. One that he seems to have no plans of changing regardless of the gut wrenching pain he is causing me ... the girl he promised to never hurt intentionally. 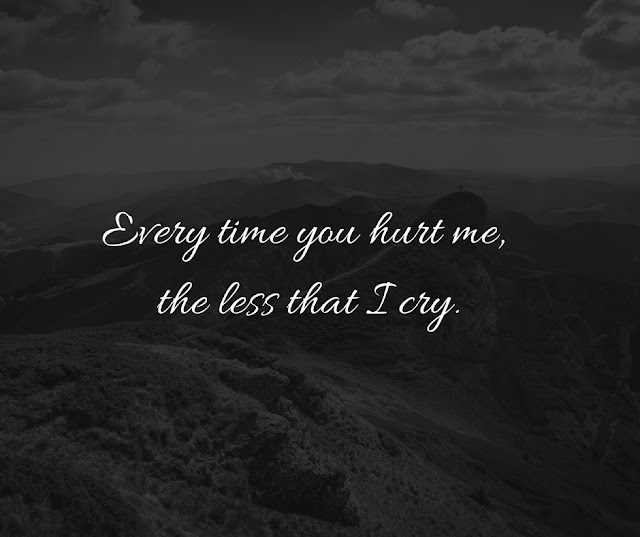 The last one ended in a break up. He broke up with me. He didn't just walk away this time. He told me to my face that he was breaking up with me, that he no longer wanted to be with me.

To say that I was devastated would be an understatement. My heart broke into a gazillion pieces and until now, two weeks later, I am still picking up the pieces.

We talked and sorted things out but I am still picking up the pieces. You see, when someone you love tells you to your face that they no longer want to be with you after making you believe in forever, it breaks you over and over again.

My heart broke into a gazillion tiny pieces. It will take time to put it all back together; if it ever will again. As much as I want to be fully okay again, it just doesn't work that way. I wish it did.

Earlier today, we had another fight and for the first time, he didn't flip. He didn't walk out. He didn't leave.

Surprisingly, he didn't leave, walked out, or flipped.

I didn't feel relieved though. The thought in my head was just "until when will this change be?" It scares me. He scares me.

So why do I stay?

Simple really. I love him. I love him enough that when he walks away, I stay put because one day, I hope that instead of walking away, he will choose to stay put ... with me. 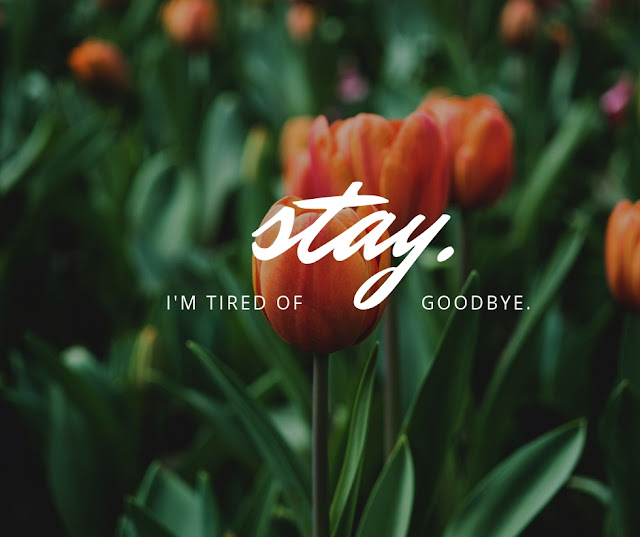 on September 05, 2018
Email ThisBlogThis!Share to TwitterShare to FacebookShare to Pinterest
Labels: Relationships