Chops Chicago Steakhouse is one good reason to visit the topmost floor of Greenbelt 5. Hidden away in a little corner, the not so little restaurant sits quietly in a corner waiting to welcome customers to its very comfy abode. 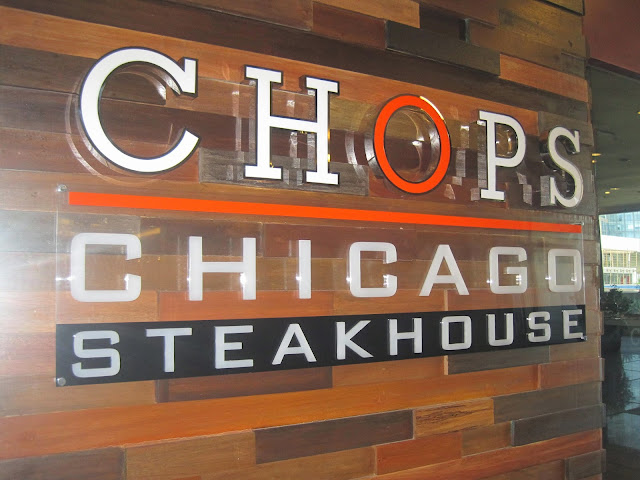 We were seated inside the function area which is great for intimate or small meetings. I loved the high chairs that they used and the dark wooden panels surrounding the place. It was masculine and not loud which is how I have envisioned steak houses to be. 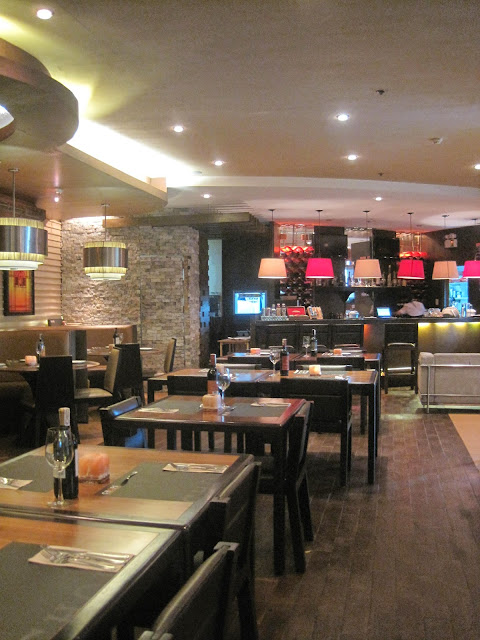 First thing that was served to us were the bread and the bruschetta which cost Php375. Composed of smoked bacon, fuji apples, arugula seeds, seared foie gras and topped with red onion dressing placed on top of a grilled crostini, this small concoction was enough to illicit a big “ANG SARAP!” 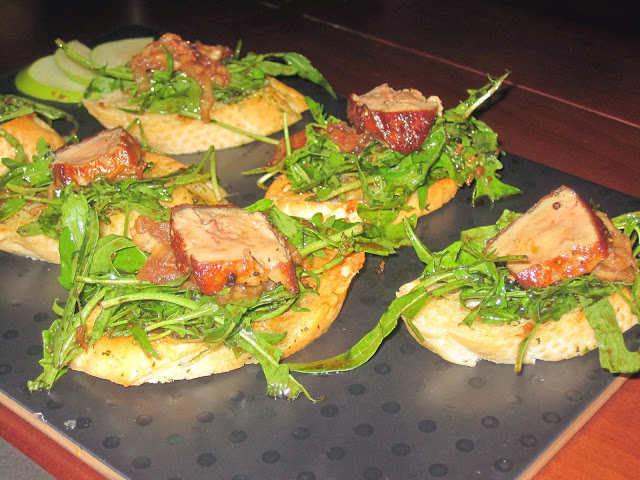 Next thing we had was the bone marrow which is priced at Php295. This is made of roasted beef marrow topped with parsley salad and served with crostini on the side. This was a treat since it was a lot of fun trying to get as much of the marrow as you can from the bone. 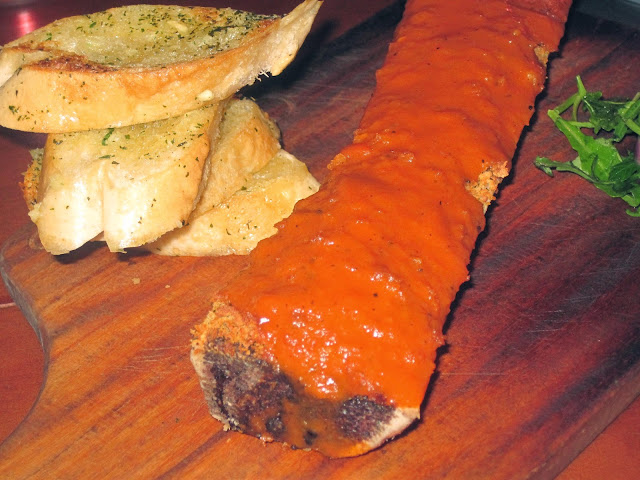 The Kurobuta Bacon Slab (Php875) was heaven. I don’t know if I am becoming a bacon person but this one was just really good. I initially thought that it was just meat I’m eating because I have always thought of bacon as something icky but this time around, there was nothing icky about CHOP’s Bacon Slab. This is something that you need to pair with rice though to ensure that you get the full experience. 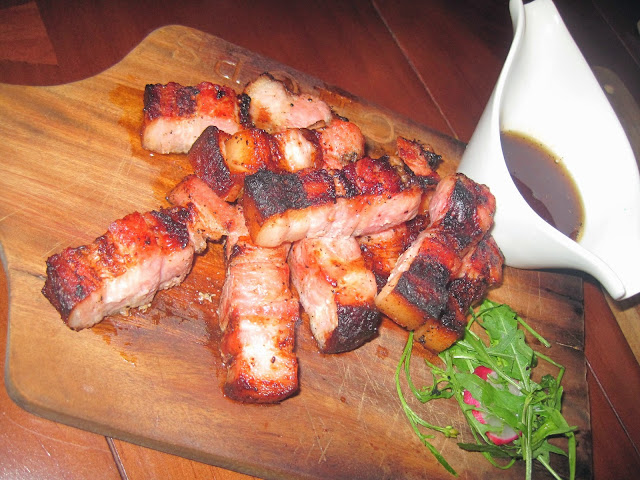 Now this alone is enough to make me go back to CHOPs. The Cauldron of Creamed Spinach which is Php180 was simply good. It had a lot of spinach and it was perfectly balanced with the cream. Nothing overpowered anything. It was just love. In fact, I believe that I finished almost ¾ of this on my own. Teehee. 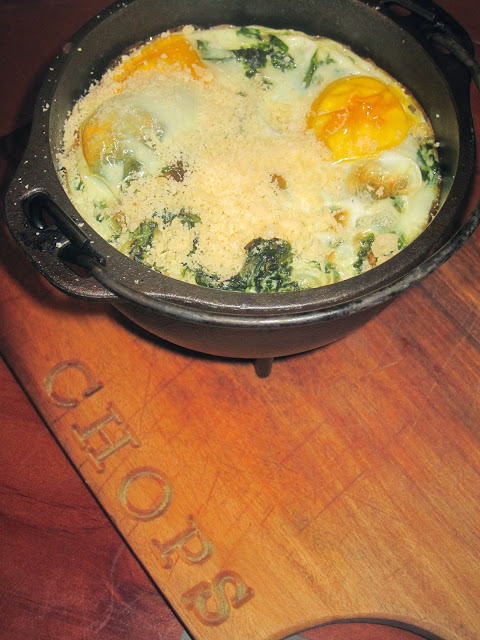 Finally, the star of the day arrived and I can definitely say that it left my mouth open. The CHOPs Tomahawk was HUGE. It was so big that I seriously doubt any one person can finish it on his own regardless of how much he loves steak. Trust me on this. 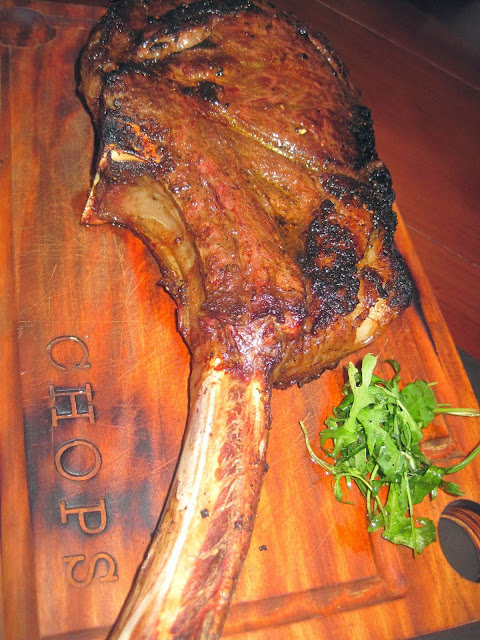 The Tomahawk is 100% grass-fed and certified and graded dry aged beef. The prime black angus rib eye bone has meat so soft that chewing it does not require effort at all. It was tender and juicy and it was definitely a star on its own.

Of course, if there are stars, there would be mini stars and this came in the form of the desserts. The root beer cake (Php245) was just a delight. The dark chocolate that melted on the side makes you want to forget your manners and simply lick it off which I actually did once. Haha. The cake inside was also very tasty and it makes you wonder if you are eating cake out of a root beer mug or your root beer float just happened to turn into a cake. The chocolate cigar that they used instead of the regular stick-o was also an added plus. The sarsaparilla was the icing on the cake and it was absolutely perfect. 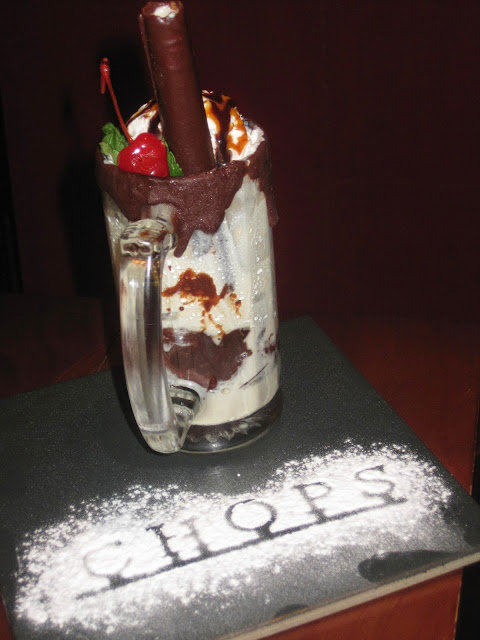 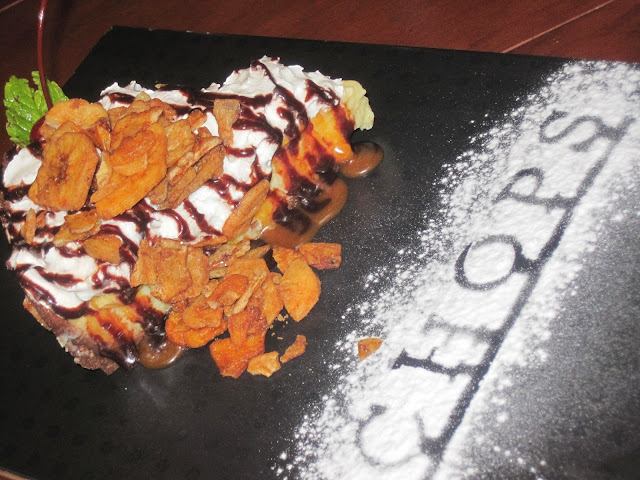 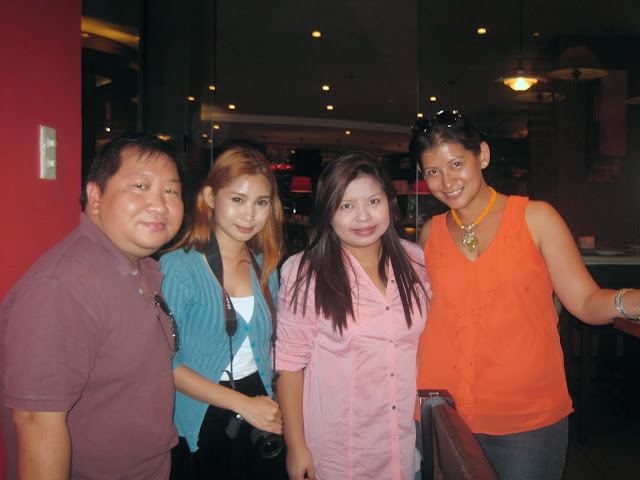 The banana cream pie was better than expected. It was banana cream custard, toffee and caramel, tropical bananas, peanut brittle and whipped cream placed on top of graham chocolate crust.
Overall, I loved my dining experience at CHOPs Chicago Steakhouse. I’m glad that I was able to experience what they had to offer since this is definitely one place that people should dine at.

on April 26, 2014
Email ThisBlogThis!Share to TwitterShare to FacebookShare to Pinterest
Labels: Food and Drinks