I met him online. He was sweet and he asked me out. I had a good vibe about him and so I agreed to have dinner with him. We set it a week from the time we initially exchanged SMS and got to know a bit about each other in one week.

He was very sweet. He was never pushy nor demanding. He was quirky and funny and I loved exchanging SMS messages with him. It made me smile when he would greet me "Sweet morning!"

Finally, we met at Powerbooks. First thing I noticed was the he was fit. Second, he was tall and he was carrying a book. Apparently, he was giving me a gift and the book he brought was meant for me. It was sweet. 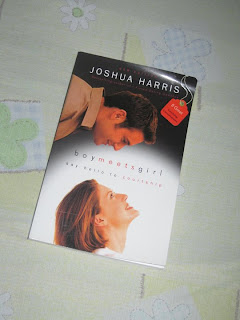 We had coffee at Seattles Best first and I got to have a sip of their Orange White Chocolate. It was so-so and it tasted orangey but there really was nothing outstanding about it. 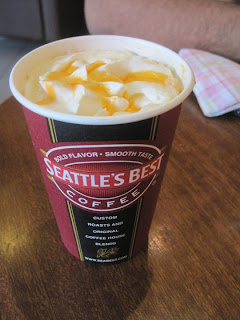 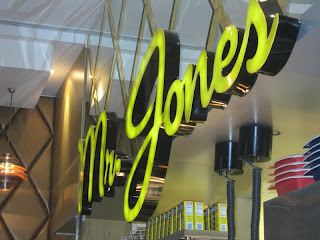 It took us some time before we actually ordered something. Everything looked so good that we couldn't pick what we wanted. I finally asked the waiter what he recommends and that is what we ordered.

We were so full. We talked the entire time but we also managed to be so full. The mac and cheese is so heavy on the tummy that when it was time for the tuna melt to be eaten ... we ended up like this. 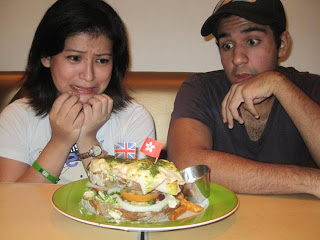 This shot was so funny. We were talking if we were gonna do it and we ended up just doing this crazy shot. I bet the waiter thought we were psychos. 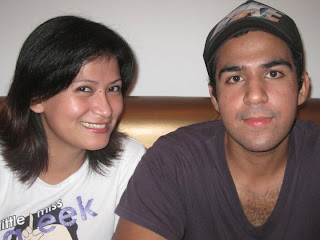 I really had fun with Mr. Gill. He was a gentleman, a fun conversation, and he was sweet. He really was. I found myself smiling and truly enjoying the moment. I'd actually love to go out with him again, get to know him more, and hang out more often. It was a wonderful date. He opened the door, he paid for everything, he talked, he listened, he laughed and got me ... what's not to like right?

I would love to date him ... I really would ... if only he were not 11 years younger than I was.
Relationships