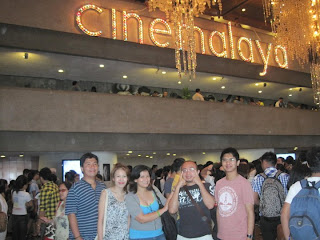 We had to rush. We came from the Legends of India eat all you can and had too much fun talking that even though we need to be at CCP by 330pm, we left Makati at quarter to 3. Big mistake.

We had to rush and we ended up with almost no tickets. It was a good thing that Patikul was still showing and though we were a few minutes late, we decided to go get tickets and watch. 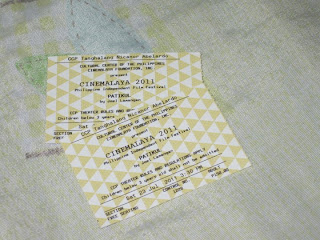 Off we went rushing. Apparently, the place where this was being held was on the 4th floor. We ran, chatted, rushed like mad hyenas, and had to play hide and seek since we had no idea where the entrance was. It was funny coz we were muttering "where is it?????"

Finally, we saw the door and we opened it.

Whoosh! Off fell our stomachs because facing us was the steepest, darkest theater we've ever seen. I immediately got dizzy and had to hold on to the new guy's hand (yes, we had a newbie in the group, not a new guy for me) for dear life. I'm afraid I may have cut off the blood flow to his hand because of my death grip but hello, it was dark and it was STEEP! Not a good combination.

Finally, someone was nice enough to use the measly light from their phone to guide us where we can sit and  this started the longest minute of my life.

You know how in movie theaters you need to  walk along a bunch of seats with people sitting on them? It's awkward and a tight fit right? Now, imagine doing this, while the place you are at is at an angle where if you make the mistake of teetering, you can easily plunge to your death ... coupled with almost no light ... and someone as chickenshit as I am of heights and the dark ... magnified 100x and that is exactly what I was feeling.

Got it? So we had to trek along a row of 15 or so people to get to where we need to be and I did what I could to maintain whatever poise I had left and not be the climax of the entire Cinemalaya 2011. (I would be you know, if I slip and fall to my death. HEADLINE: Clumsy woman falls to her death at the Cinemalaya 2011. Eeewww!) I grabbed on random strangers and forced them to hold me while I pass by while spewing out every single curse word I know and wondering what the hell I was doing risking my life for an indie film.

After this harrowing experience, We finally got seats and were watching the movie when the unthinkable happened ... I felt the need to pee. GAH!

I did what any sane woman with a shred of self preservation would do. I held it in. There was no way I was trekking that death walk again. I'd probably end up peeing in the theatre if I do so.

After an hour or so, the movie ended and we finally got out of that balcony which in my mind would forever be dubbed, "THE BALCONY OF DEATH."

Overall, this was the main highlight of our Cinemalaya Adventure. The rest were all just fodder but great fodder since we had some really nice shots of the event. 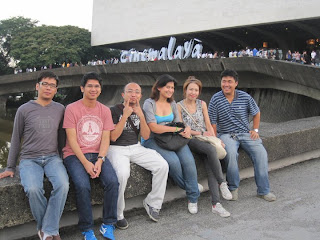 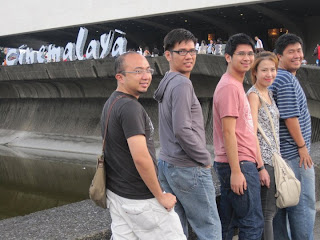 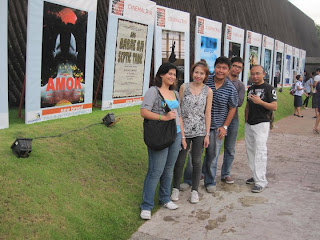 Afterwards, we went to Army Navy and ate  because all the adrenaline rush made us hungry. We also talked about our upcoming projects and boy, am I happy that I was able to make it to this one because now, we have some really cool projects in line. 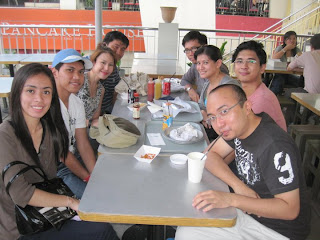 Cheers to more movie and cinema meet ups ... and to even better laugh trip moments.

PS: An incident that left me laughing like a hyena.

I ran off to avoid laughing but after 1 minute, I laughed and didn't stop for 2 minutes. Ahahahahahahaha!
Everything Arts