Summer is still not over for a some kids like mine. School year for him will start on July 22 which means I should still be able to find things for him to do.

Last Sunday, I found one that will surely excite not just my son but your kids too! 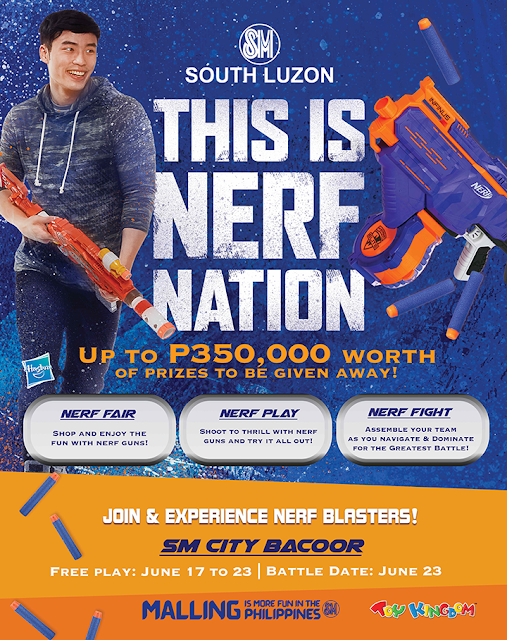 It was a NERF-tastic Day as SM Bacoor officially kicked-off the “It’s a NERF Nation: The Battle Wars” here at SM City Bacoor last June 23, 2019. Kids showed-off their shooting skills in the obstacle battle courses but only one emerged as the champion NERF Soldier!

Nerf Club Philippines were the marshals, monitoring the game and the official time of each kid. Kids won exciting prizes such as Nerf Blasters and SM Gift Certificates!

What made it more fun for the kids were the fact that kids had to complete challenges in the obstacle course before moving to the next area. Their target, shooting skills and endurance have been put to the test as the area resembles a mini boot camp. This allowed kids to spent all their energy by running, crawling, and hitting things in a healthy way.

Kids also had the chance to try the different NERF Blasters such as the Retaliator, Hyperfire, Disruptor and Surgefire!

It’s A Nerf Nation will happen around SM South Luzon Malls. Schedules are shown below. 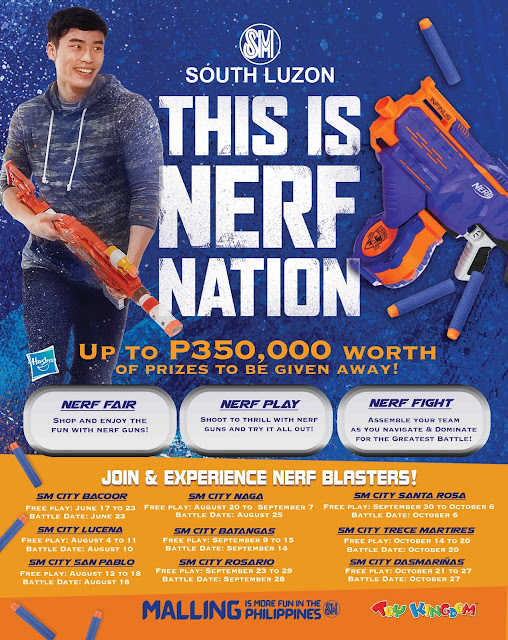 To have a peek at what happened and will happen, see video below.

on July 01, 2019
Email ThisBlogThis!Share to TwitterShare to FacebookShare to Pinterest
Labels: Lifestyle and Events