Aladdin the Musical in Singapore (Review and Information) 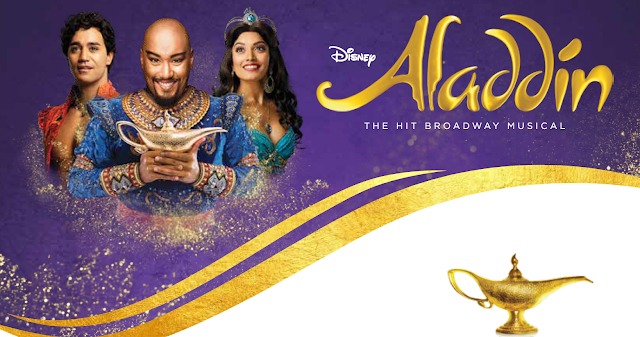 I can show you the world
Shining, shimmering, splendid
Tell me Princess
Now when did you last let your heart decide.

At last night's gala night of Aladdin the Musical in Sands Theater, these lines definitely delivered on their promise of a shining, shimmering, splendid performance set to impress and take everyone's breath away. 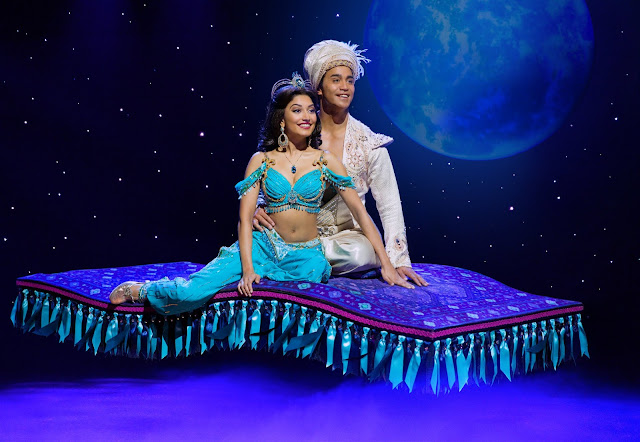 Everything from the props, set design, musical scores, execution, and lighting, almost nothing went amiss. The Genie and Aladdin stood out the most in terms of performance though the flying carpet scene was truly mesmerizing because try as we may, we could not see the ropes that made it fly across the stage. 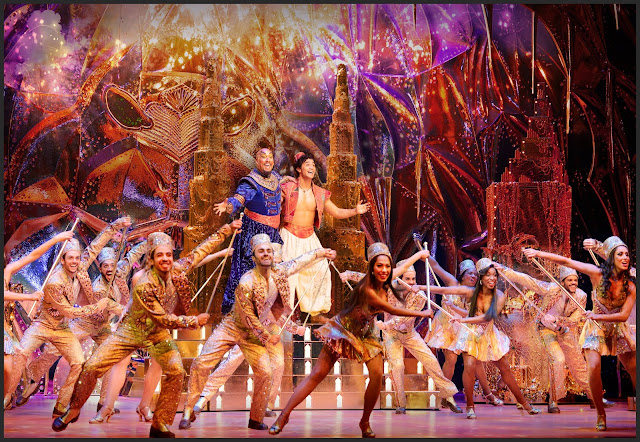 Aladdin the Musical is definitely worth every dollar you spend on it. It's a 2 hour spectacle that will take you into a whole new world (pun intended) and make you believe in magic once more. 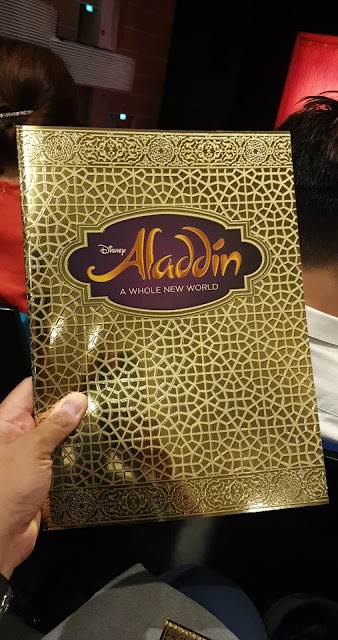 The Broadway sensation Aladdin is now playing at Sands Theatre at Marina Bay Sands until September 1 to a limited season of only 50 performances.Singapore is the first and only Asian stop for this English-language production.

Tickets are available from $68* and a matinee performance has been added to celebrate National Day on August 9*.

Based on the Academy Award®-winning animated film, Aladdin made its world premiere to critical acclaim at Broadway’s New Amsterdam Theater on March 20th, 2014.

It quickly established itself as one of the biggest new blockbusters in recent years, breaking 14 New Amsterdam Theater house records and welcoming close to 10 million people worldwide.


This spectacular production boasts a cast of 34 and a staggering 337 glittering costumes, which feature 1,225 different fabrics, 712 different styles of beads and almost 500,000 Swarovski crystals. 40 tonnes of exotic flying scenery and 60 tonnes of automation and staging has been transferred to Singapore in more than 30, 40’ sea containers to recreate the fantasy city of Agrabah including the colorful marketplace, the lush palace of the Sultan and his princess daughter Jasmine and the legendary Cave of Wonders. 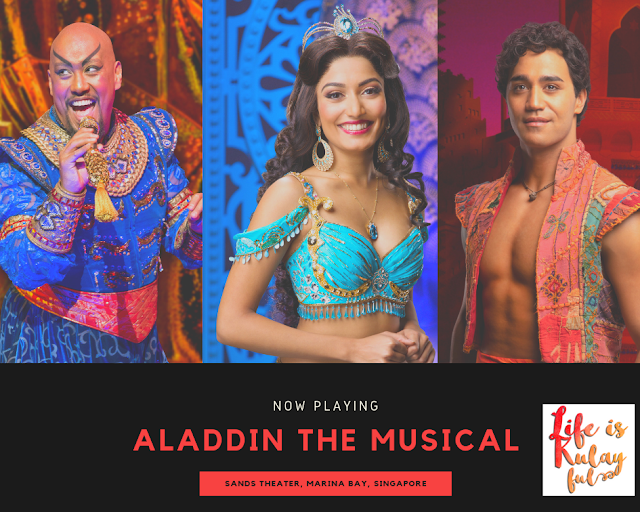 Buy four or more tickets and save 10 per cent* when purchasing via Marina Bay Sands ticketing and SISTIC. Tickets are selling fast so make sure you grab yours ASAP because this is one musical you can't afford to miss.

on July 26, 2019
Email ThisBlogThis!Share to TwitterShare to FacebookShare to Pinterest
Labels: Everything Arts