I've never been a super fan of ribs so when I was initially invited by a friend to a food tasting of Rockin' Ribs, I had my reservations. After all, once you had a bite of ribs, its just the same everywhere right?

Rockin' Ribs is the baby of Miki. Frances Garcia-Ayalin, or 'Miki' to close friends, gave up a promising career in the culinary world to become a full-time mother to two very young children. This, fortunately, did not quell her passion for cooking as she continued honing her skills by trying out foreign dishes as well as tweaking time-honored local recipes to provide good home-cooked meals for her family.  She kept both her knives and her discriminating taste very sharp.  As time passed, everything was generally good.  Soon enough, infants became toddlers, toddlers became kids, and time became more available.  Armed with a knack for developing new and exciting dishes and now possessed with an entrepreneurial spirit, our artist embarks on a venture to bring authentic
Southern-style barbecuing to Filipino homes. 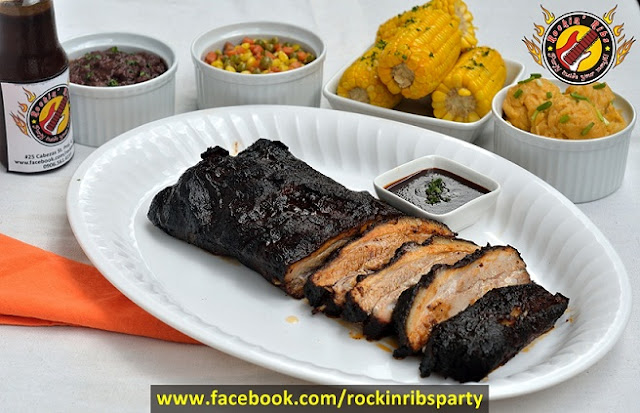 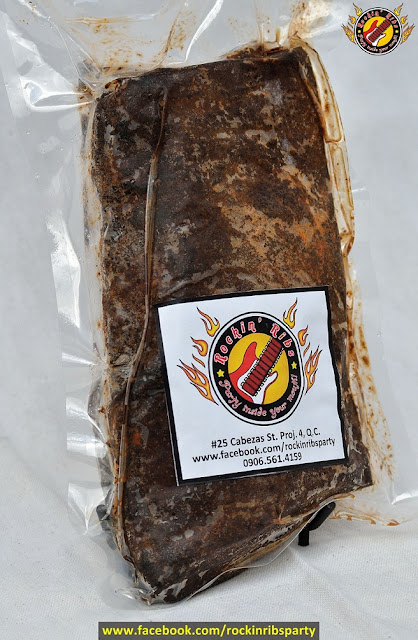 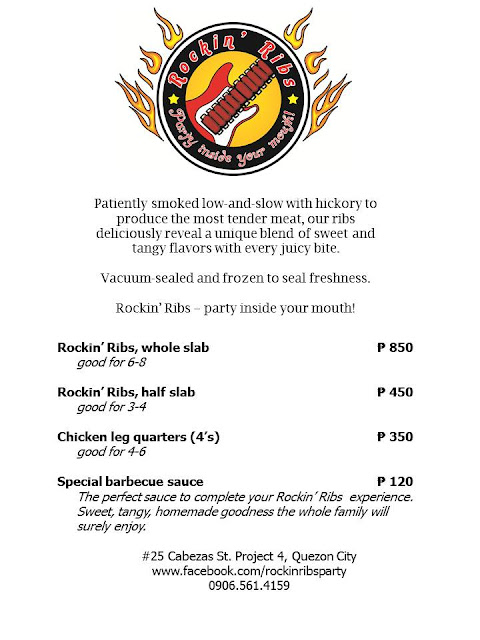 I found the ribs a little overwhelming but my friend E who is from the US loved it. He loved it so much that he actually ate 5 pieces and 3 chickens. Yes, apparently it was that good. Maybe I really am just not a big fan but I did manage to eat 2 ribs and 1 chicken so I would have to say that once you get over the initial aroma and get over the whiff, its actually pretty good.

on May 29, 2015
Email ThisBlogThis!Share to TwitterShare to FacebookShare to Pinterest
Labels: Food and Drinks