on March 08, 2014
I initially thought that Sweet Bella was just a coffee and dessert place. After all, they are called a cafe and when you look inside, the main thing you see are cakes and pastries. I was surprised when they handed me a menu that showed appetizers and main dishes. It was a good surprise actually.

First thing I had was the gambas ajillo which came with its own bread. Now that was a perfect pairing. The gambas ajillo was slightly spicy and the foccacia complemented it. I could have eaten 5 plates and not gotten tired of it. Seriously. 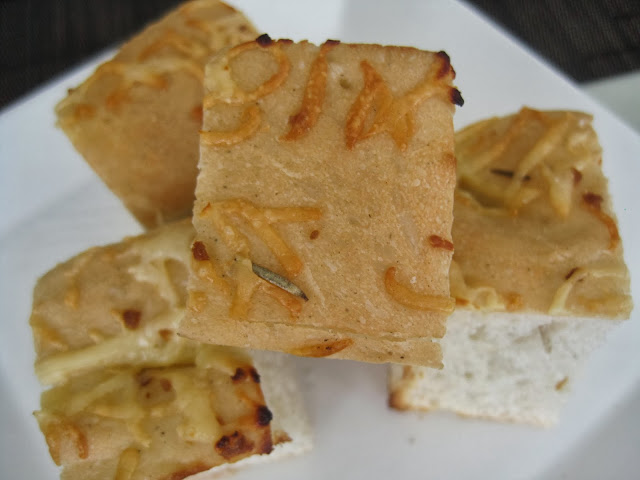 The next thing we had was the Oyster Rockefeller and boy was it HUGE! HUGE! Seriously. This HUGE! 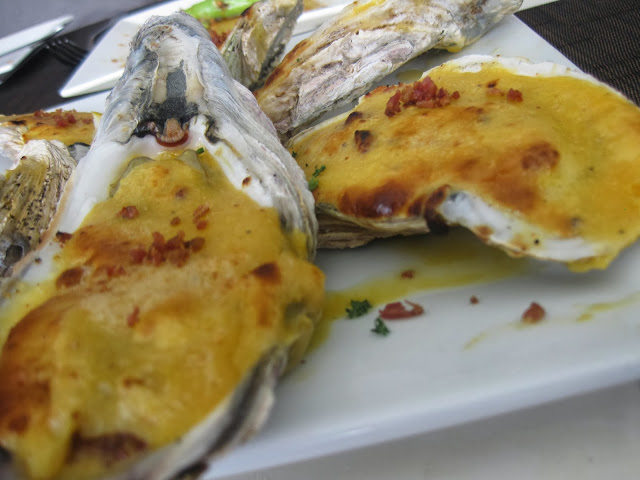 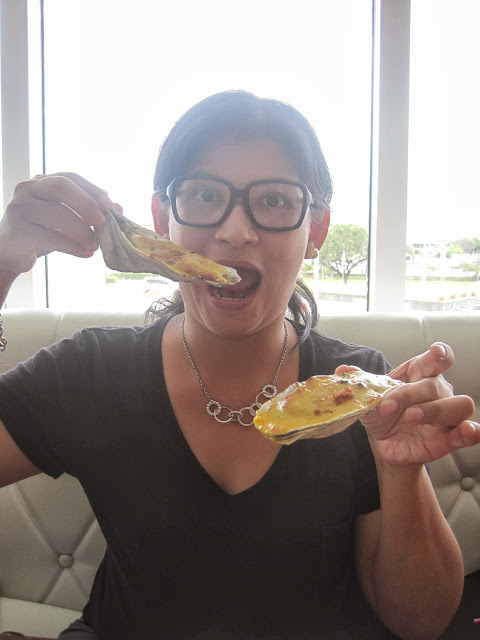 After these two were served, the main stars arrived. 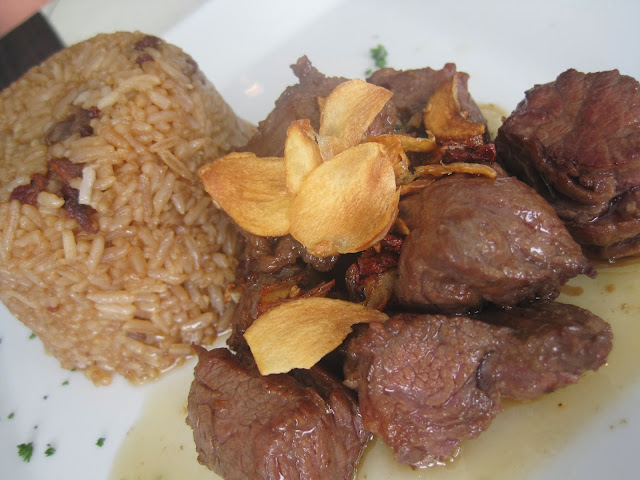 The Salpicao with Steak Rice (Php495) was really good. It was tender and juicy. It was soft and easily chewable. The rice was coated with steak juice and it was too good that I had to stop myself at having more than one bite. If I took one more, I'd finish the entire thing and that just won't do because they also served this. 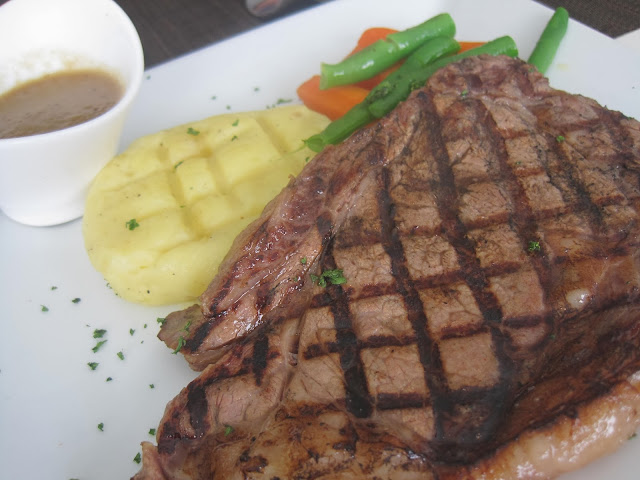 Now this is their Angus Ribeye (Php750) and for someone who is not even a fan of steak, I liked this. It was tender enough that even my  Mom would have approved and cooked just right. It's actually pretty cheap already with the price that they have because the taste is definitely worth thousands.

This burger is composed of lettuce, hollaindaise sauce, gruyere, American cheese, USDA beef, mushroom, bacon, and poached egg. My brother who is a burger lover gave it a thumbs up sign. In fact, even with the many things that were already served, he finished more than half of this. 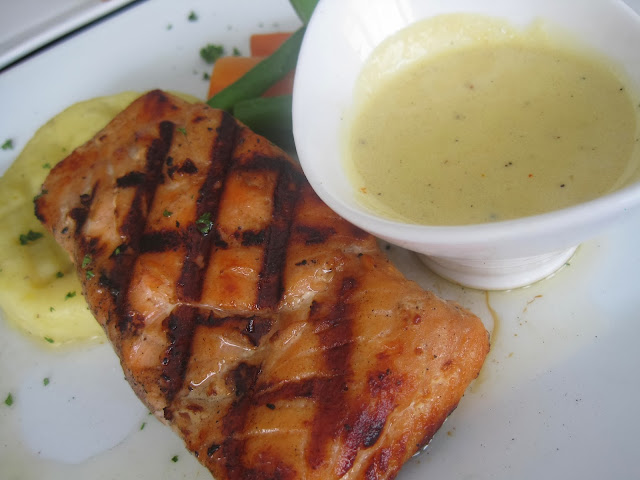 The Grilled Salmon with Lemon Butter Sauce was another winner. At this point I was so full already but I still ate half of this. It was cooked perfectly and it was fresh. I know because one thing I am good at is telling the difference between fresh fish and not so fresh fish.

I didn't even use the sauce on the side.

Just as much as Sweet Bella nailed its pizza and pasta, I'd say that Sweet Bella really did a great job with its appetizers and main course. It was filling, it was big, and it was delicious.