Four decades of conquering the music scene, two nights of stellar performances and
one Broadway legend. This coming October 19 and 20, a magical repertoire of songs will
once again fill PICC’s Plenary Hall with ‘Lea Salonga – The 40th Anniversary Concert.’ 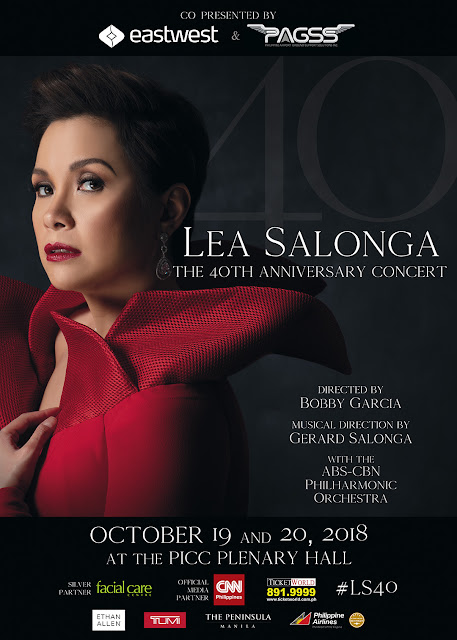 Lea Salonga's tickets have already sold out as of this writing and here are 4 reasons why 40 years later, she can still sell out concert tickets and remain one of the most recognized names in the industry.

1. Lea is a professional. 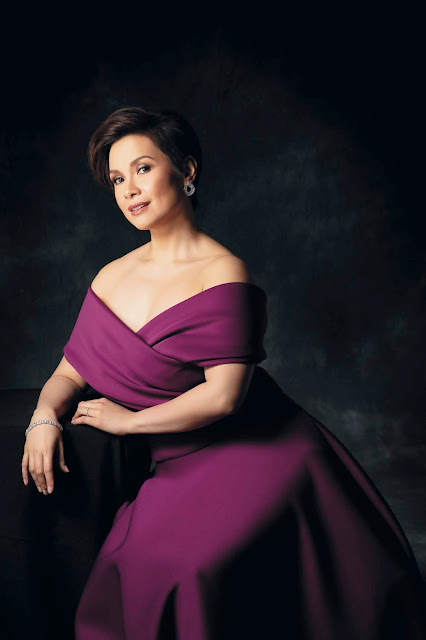 In this industry where a diva is born every minute and stars think they are entitled, Lea remains a professional. She arrives on time, does what is expected of her, and appreciates the people around her. She can actually throw a tantrum and get away with it but she doesn't. She respects the craft too much.

2. Lea has a strong support system.

Other singers would smoke and not take care of their voice but Lea doesn't do that. She takes care of it because as she says, it is her bread and butter.

4. Lea appreciates what she has.

Even with her many awards and recognition, Lea has not allowed any of that to go to her head. She ensures her feet are firmly planted on the ground and that she still takes time to stop and smell the roses. Even with the huge fame she has surrounding her, she knows what really matters in life.

‘It’s a milestone anniversary,’ Lea says. ‘Not very many people get to celebrate 40 years in this business and be able to fully perform at the level that I’m currently performing.’

40 years of amazing musical history and looking forward to new things to come. ‘Lea Salonga – The 40th Anniversary Concert’ is directed by Bobby Garcia, with musical direction by Gerard Salonga, and featuring the ABS-CBN Philharmonic Orchestra.

The show is co-presented by East West Bank and the Philipiine Airport Ground Support Solutions, Inc. (PAGSS). It is in partnership with Facial Care Centre, Ethan Allen, Tumi, Philippine Airlines and The Manila Peninsula, with CNN Philippines as exclusive media partner.
on October 01, 2018
Email ThisBlogThis!Share to TwitterShare to FacebookShare to Pinterest
Labels: Lifestyle and Events