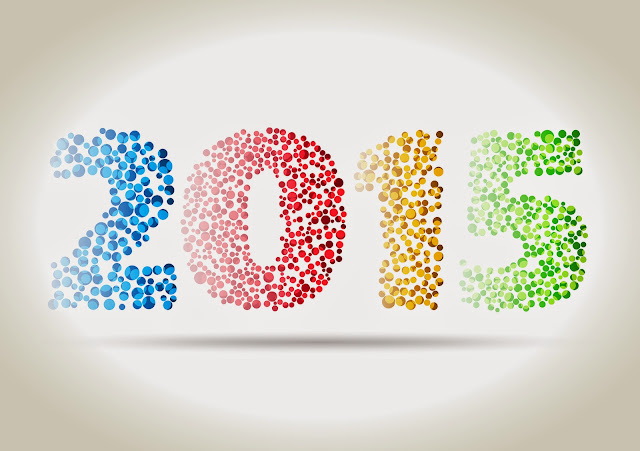 2015 was a pretty good year for me if I may say so. I learned a lot of things, realized who my friends were especially in the blogging world, and found out things about myself that I never knew was real or true. It wasn't as successful as I had hoped for it to be but it was better than what I had in mind.

I'd like to think that this year, I grew closer to my siblings and the funny thing is, we talk more via Messenger than in person and this is because we each have our own lives with our own crazy schedules. I'm happy that we stay connected via online chat and that instead of it disconnecting us, we worked around it to stay on top of things.

My Mom is also better. She's finally getting out of her funk and starting to be interested in doing business once more. YAY! She really needs to stop moping about my Dad and just move on with life. She deserves better and she needs to make space for that something better.

My son is also growing up. He is having his own personality and sometimes it can be pretty painful for the two of us but I am hoping that we are forging a strong bond together where there will be moments of hate but I hope that there will be more moments of love, understanding, patience, and forgiveness especially on my part.

This year started with me losing a dear friend and it hurt. Throughout the year, I lost other friends, some of them mattered and some didn't but each betrayal tore at me. I never did understand why people backstab each other. There is just no point to it. If you don't want to be friends anymore, just stop.

Thankfully, this year also saw me gaining not just friends but a second family and this came in the form of a camp that my sister and I just chanced upon on. I learned this year that friendships come and go but the ones who are meant to last in your life, they will stay.

This year, I put blogging behind for 6 months to work in a web development company called You_Source. It may not have been the best idea but for a time, I liked the security of it. Now, I'm going to focus on blogging and working on building my social media presence. I did learn a lot from the company I was with and I don't regret what I did. It helped me see which PR companies I should put more value on and which ones I should just treat on a need to know basis.

I finally started working out but I have to be honest. I didn't take it seriously but December came in and I realized that after having missed Yawyan Alasan for 2 months, I missed it. I missed the pain, I missed the grills but most of all, I miss sweating and flushing out all the toxins. I missed being able to do things I never dreamed of and being able to jump, kick, punch, and be stronger than I ever thought possible. I am just so grateful that Coach has been so supportive and Yawyan is not just a fitness center or a form of martial art but a family.

2015 was good overall but 2016, I OWN YOU.
on December 31, 2015
Email ThisBlogThis!Share to TwitterShare to FacebookShare to Pinterest
Labels: My Thoughts & My Life