I started 2015 still in love with the funny man. I know, it was pathetic seeing as we broke up early 2013 but the heart wanted what it wanted and till the beginning of 2015, it wanted the funny man. Also, he kept seeing me and so I thought maybe there would be an us again even though he was dating some young girl back then already. I was in way over my head and I refused to recognize the fact that I was making a fool of myself and I was letting him cheat on someone with me.

March I met YM. He was funny, he was tall, and he was smart. He also made time for me and would even drive me around to events just to spend a little time with me. I realized then that should I let it happen, I could fall for this guy. In hindsight, I think I allowed myself to love YM just so I can check myself and see if I could be with someone else aside from the funny man. After all, I have been in love with the same guy for roughly 4 years and he had stopped loving me after the one year mark. It was time.

However, as with any rash decisions, this YM didn't work out and it didn't even take me one month to get over him. I realized that I was more in love with the idea of falling in love again rather than with the man himself.

In 2015, I started with the wrong love and ended it with the wrong kind of love as well. In 2016, I will settle for nothing less than the right kind of love. If I don't find it, then I don't. I would rather be alone than be with someone for the wrong reasons. I deserve to be loved and accepted for who I am, I deserve to be wooed and courted and made to feel wanted and desired. If there is no man who would do that for me, then I just have to accept that perhaps, God has other plans for me and those plans do not involve a love life.

So 2016, you either send me the man of my dreams and God's perfect plan for me or we keep my heart intact, beating strongly, and on its own. Okay? Okay. 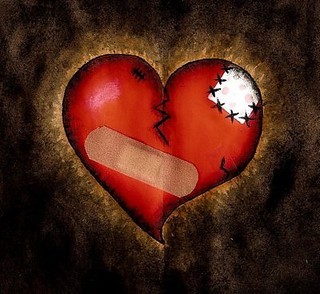 PS. Heart, please do not fall in love with the wrong man again. Please?
on December 29, 2015
Email ThisBlogThis!Share to TwitterShare to FacebookShare to Pinterest
Labels: Relationships