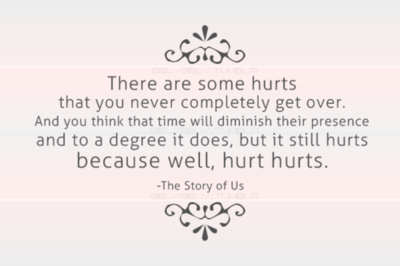 I knew she existed. He and I, we've talked about her and I knew that she was in his life for quite some time now. I guess I didn't believe she would last long with him. Some silly part of my brain thought that they would eventually break up so when I saw that they had a photo out of town (another one) I wasn't prepared for it.

We haven't even spoken. The last time we spoke to each other was on my birthday where he called to greet me perfunctorily. I'm pretty sure it meant nothing to him. It was just something he had to do.

Wake up.
Eat.
Take a bath.
Go to work.
Call Geom and greet her.
Forget about her.
Go on with my life.
Go back to my girl.

We haven't seen each other since October as well when I saw him back in his hotel when he was sick. It's been 2 months and so I don't understand why it affected me the way that it did. Is it because at the back of my head, I thought that the fact that we kept seeing each other even though we have broken up meant something? He was always there years after we parted ways. It had to mean something right?

Last night, when I saw that photo, I realized, no matter how much time has passed by, no matter how much I delude myself, it seems I will never really get over him. He will always have the ability to hurt me without even trying simply because he has moved on and I am left, stranded, standing on the same spot where he left me.

And last night, I learned that hurt hurts ... no matter how long ago it has been, hurt still hurts. I'm just glad that he no longer reads my blog nor view my posts. After all, he's moved on and is finally happy. Hopefully, I'll be able to say the same thing soon.
Relationships