when meeting someone you met online ...

I met this guy online. He added me on WeChat and because he had the same name as a former coworker of mine, I added him. It was already too late when I realized that he was not who I thought he was. I have already added him.

He was very aggressive right from the start. He wanted to meet up but he didn't have any photos online. This set off red flags on my end. After all, it is not normal to just wanna meet someone right off the bat. I felt he was rushing things and since we were not in a race, this came off as quite iffy to me.

Afterwards, he would continue pushing for a meeting by dropping hints here and there. If we didn't get to talk for half a day, he would say he missed me. I knew that there was something wrong. He was either really pathetic, overly clingy, a stalker in the making, or an outright liar who just wanted sweet talk his way into getting me to bed with him. All these were not good.

Finally, I agreed to meet him but it was in a coffee shop where I knew the baristas. He agreed but soon as he got to the coffee shop, he called and asked me to step outside. He said to just get in the car because he was wearing house clothes and was shy. 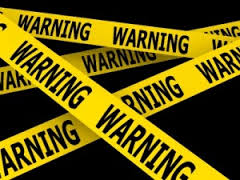 Silent bells just rang in my head. The hair at the back of my head stood and it felt like alarms were going off. It just came off wrong. I felt like he was hurrying to get me into his car. For some reason, I had visions of being punched, electrocuted, or smacked soon as I get into his car so I said NO.

I told him that we agreed to meet inside the coffee shop, not in his car. He insisted. He was saying that since he will take me home anyway, might as well get inside the car. This just made me more wary. I mean, it wasn't right. It was just so OFF. When I told him that I will call the guard's attention if he continues to insist that I go to his car, he got mad and hanged up the phone. The next message I got was that he was leaving.

So ladies, let this be a warning. When meeting someone you met online ...

1. set it at a public place
2. go to the venue by yourself and leave it by yourself
3. do not let him pick you up nor take you home (remember that whatever you know of him online could all be lies.)
4. if he makes you feel uncomfortable in any way, LEAVE ... you are not obliged to stay
5. if he tries to manipulate you in any way to get you alone (his room, house, or car) DON'T

A real gentleman will not force you or make you feel obliged to do something you are not comfortable with. If a guy tries to make you do anything you don't want to, then that guy is not worth your time. ALWAYS REMEMBER THAT.

So to you RAM or RRR on WeChat, I wasn't being "presko" or "feeling artista" as you put it. You were the one out of line and you were the one wrong when you tried manipulating me into getting into your car. You are a jerk and I hope you get your karma real soon. You are a creep and I honestly believe that you are up to no good.

Ladies, beware.
on December 20, 2015
Email ThisBlogThis!Share to TwitterShare to FacebookShare to Pinterest
Labels: My Thoughts & My Life