Shell V-Power Nitro+ ends the year with Puzzles and Excitement

on December 17, 2015
It was just in recent months that I learned how important the kind of gas that you put in your car. It can apparently either make it better or make your car deteriorate like nothing else will. Thankfully, Shell knows this and has come up with something that can address and ensure that this never happens to your car. After all, car issues can cost a lot and no one wants to spend a lot of money on something that can be avoided.

In the 365 days in a year, any ordinary day can turn out to be filled with pleasant surprises. Unknown to some, these pleasant surprises can be claimed in exploring paths and finding new discoveries on the road. As the year 2015 comes to a close, Pilipinas Shell encourages motorists to claim the exciting drives they deserve with their premium performance fuel, Shell V-Power Nitro+.

“As we celebrate the coming yuletide season and mark the wonderful memories of this year, we Filipinos also deserve to revel in the simple joys and exceptional adventures on the road,” said Pilipinas Shell Vice President for Retail, Anthony Lawrence Yam. “More than getting to destinations, we share the passion of Filipino motorists in giving their vehicles utmost care in fueling their exciting drives.”

Known for its commitment to innovation and technology, Shell developed an immersive 360-degree visual experience using the Gear VR technology. As an integrated educational tool to share to motorists about the two performance-robbing threats that can occur inside an engine, this experience took the audience on a journey inside the engine to learn about the performance benefits of using Shell V-Power Nitro+.

From a virtual reality experience, to an adrenaline-filled activity, Shell V-Power Nitro+ demonstrated the rush of excitement as it launched the Choose Excitement Challenge to the media. In this thrilling dare, different media personalities put their wit to the test as they unraveled clues and solved puzzles in a specially designed truck to find the missing formula of Shell V-Power Nitro+ Diesel. 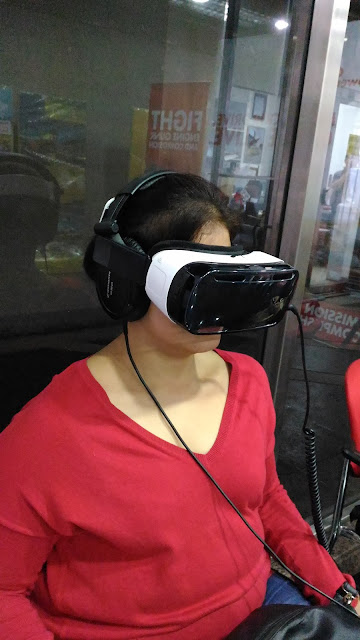 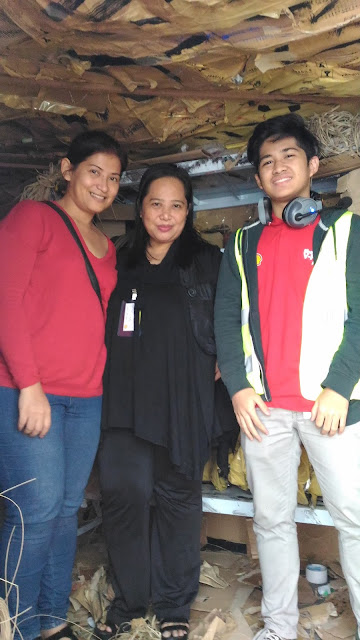 Seriously, the virtual reality thing was a little insane. I actually almost jumped out of my seat when it started. It felt so real that I had to continuously remind myself that it wasn't and it was all in my head.

As for the puzzle inside the track, I learned that Cie and I make a good team because we were very supportive of each other and we didn't fight. Haha. It was fun and very challenging. 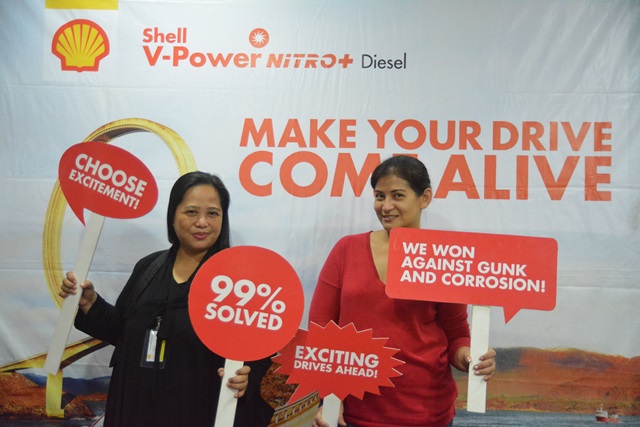 In escaping the terror of gunk and corrosion in the room, the same victory can be felt by motorists who fuel their engines with Shell V-Power Nitro+ fuels, Shell’s premium performance fuels designed to fight gunk and corrosion. Gunk or engine deposit is a battle that motorists face every day. The use of lower class fuels can cause gunk to build-up on critical fuel system components like the diesel fuel injectors—which can rob engines of power.

Regular maintenance for motorists can be as challenging as unraveling a mystery. Beyond regular maintenance, the daily use of premium quality fuels can bring road warriors a thrilling experience on the road. With a well-maintained vehicle, conquering uphill tracks, rough terrains, and even the bustling city streets becomes a piece of cake. Shell V-Power Nitro+ Diesel helps motorists reclaim their engine’s performance as they make their thrilling road adventures come to life.