So last year (I can't believe 2015 is already considered as last year) I set out to read 12 books and watch 50 movies. I figured that since I haven't read a book in 2 years, it was time I made up for it. It was initially a struggle until 2 months ago when I finally learned to love reading via eBook.

I initially thought that I wouldn't be able to read the 12 books I aimed for but I actually managed to read 12 books. YEY! 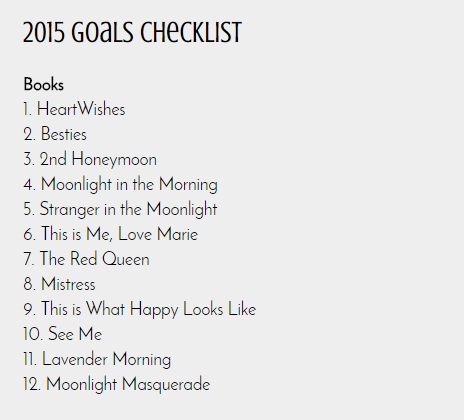 I also set out 50 movies and I have reached way beyond that. I didn't even add the ones that I watched during the Christmas break coz I watched TONS and TONS of movies. 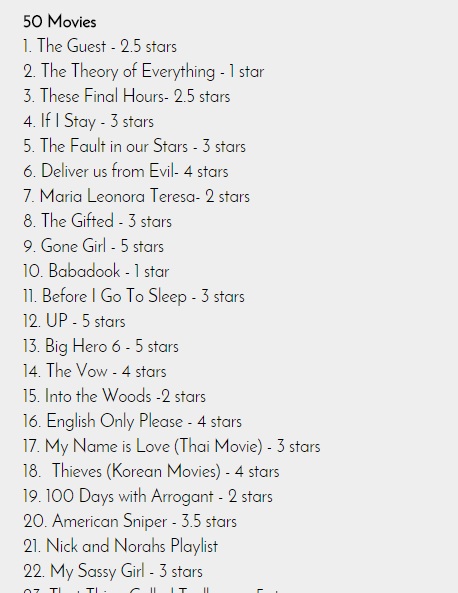 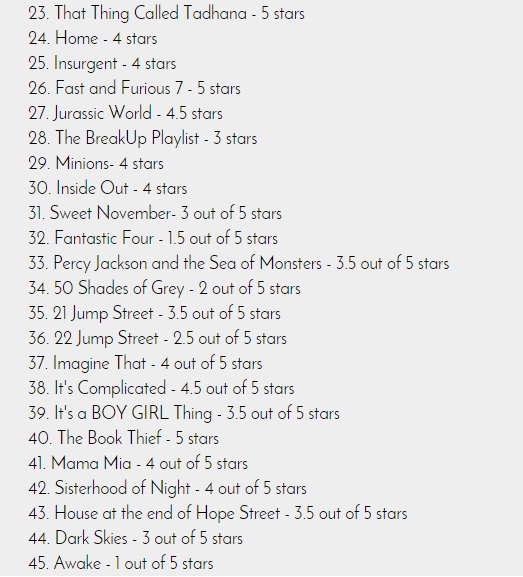 There. I think that's feasible enough. Happy New Year! Happy 2016. Lets make this year our year! I claim it!
on January 01, 2016
Email ThisBlogThis!Share to TwitterShare to FacebookShare to Pinterest
Labels: My Thoughts & My Life