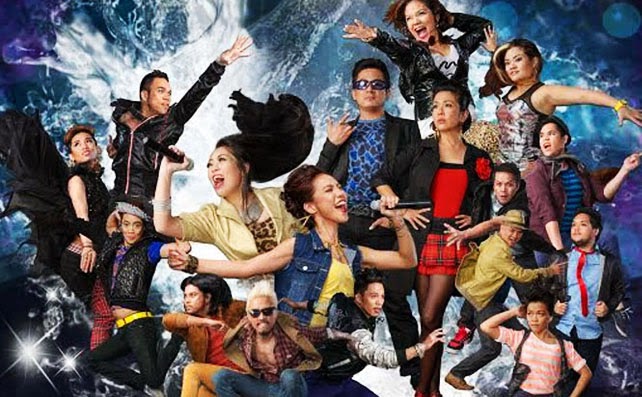 I am a diehard Aegis lover. I love their songs. I have memorized their songs and I love singing their songs even though its what we would call "buwis buhay" because the notes are really high. So when I heard about Rak of Aegis before, I realy wanted to watch it but due to budget and time, I wasn't able to. When I learned of the rerun, I did everything I could to get the opportunity to watch it and finally, last night, I did.

It was a night filled with Aegis songs and what I loved about it was that they managed to get bits and parts of the songs to incorporate in the different situations without it looking forced. It seemed natural and just flowed freely. It was also funny without being overly done.

I also liked that there were no character that was overrated. Everyone was a fighter and could handle themselves. I hate Filipino plays that have that protagonist that everyone just picks on. This one, everyone has a stand and they stand by it.

Overall, I'd recommend Rak of Aegis to musical lovers and definitely to fans of Aegis. It's definitely one play you can rock on to.
on July 06, 2014
Email ThisBlogThis!Share to TwitterShare to FacebookShare to Pinterest
Labels: Everything Arts