It's the first time that I had an almost back to back date with Eats a Date. This time, it was at Moshi Koshi in Shaw, Pasig. 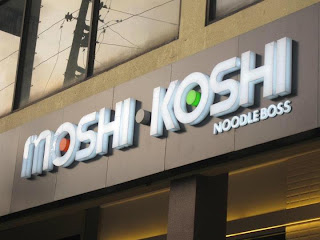 Moshi Koshi is a ramen and noodle house that boasts of noodles that do not fill you up which allows you to eat as many as you want and make the most out of it. In fact, I think this is why they served 17 dishes all in one go.

I didn't like how the set up was done because we had to take photos, memorize the food, and the ramen and noodles got cold. Bleh. This was a fail for me. Also, they should have served it in small bowls so that each one of us could actually try it. What happened instead was we tried a few different dishes but was not able to maximize everything.

Here's the stuff that I tried and remembered the taste. Pardon me for it is very limited. 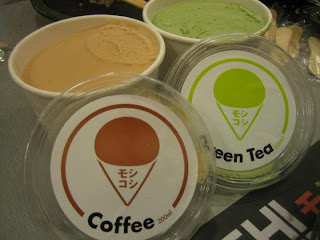 The green tea ice cream was really good. It was heavenly, to think that I am not a fan of green tea but this one works really well. It wasn't overpowering and it didn't leave an aftertaste. 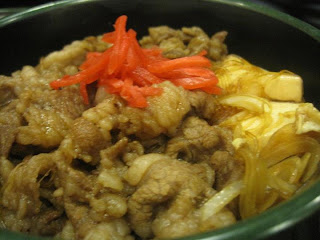 This rice topping was heaven in a bowl. I could have eaten the entire thing but sadly, I had 3 bites. It was all I could get because I had to share with 8 other people. Sadness. 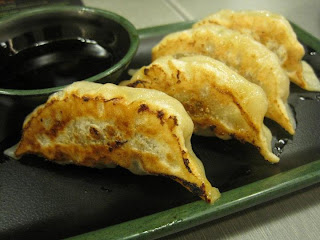 The 1/2 piece of Gyoza that I had was tasty as well. It had soup inside which reminded me of Xiao Long Bao. I'm not sure if they did that intentionally or it was fail moment on their part. However, it was pretty good.

Overall, the food could have been better but I can't really say since we were not able to try it all. The portions we had were very limited too which was a major downer since how can one write about a food review if there's not much of the food to review?

The service was pretty okay. I say pretty okay because I asked for warm water and I got almost boiling water. Good thing my tongue is pretty thick and I wasn't scalded. 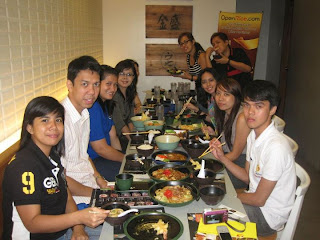 Overall, it was a so-so Eats a Date. It's a good thing I was in the company of great people or else this night would have been a disaster.

on March 18, 2012
Email ThisBlogThis!Share to TwitterShare to FacebookShare to Pinterest
Labels: Food and Drinks