Saturday did not start out so well for me. A broken heart is never a good way to start the day but I digress. It  rained almost half the day and I felt lousy and lazy. I was supposed to meet my friend Mike but I didn't go through with it. I was just not in the mood to go out. I was supposed to watch a play with Chris but I also canceled on him.

Throughout the day, I got different invitations from different people to go elsewhere and I was so tempted. Then I remembered that I promised a friend of mine, Kevin, that I would support him on his stage play. I said to myself that if it stops raining by 5pm, I would go. 430pm and the rain stops. I sent a text to Chris and told him that it was a go. 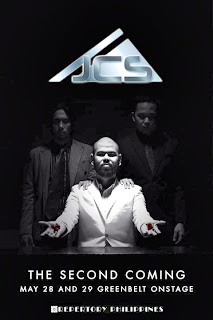 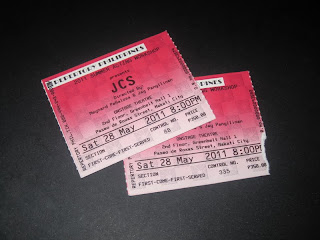 The play itself which was done as a culminating activity by adult work-shoppers was a disaster. The Judas guy garbles his words and screams. He does not sing. He attempts but he fails miserably. The Jesus guy ... it may be blasphemous but it was the first time in my life that I saw Jesus as emo, egoistic, irrational, selfish, and self centered. He, too, cannot sing.

The highlight of the play was thankfully, Kevin. He played King Herod and he played it to the hilt. He was funny and IMO, he stole the show. He was in his element and in his character the whole time even when he was just standing in the corner. It was good to see someone who was in his element and who felt real passion for the theater. 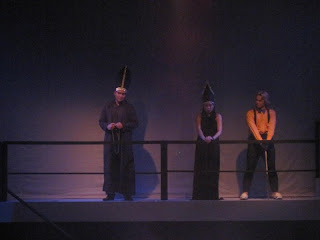 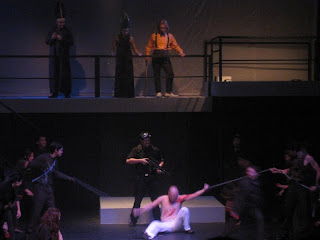 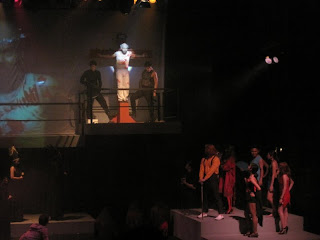 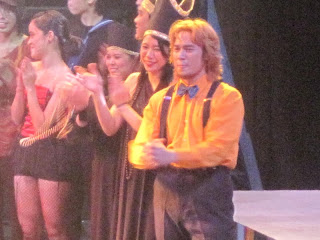 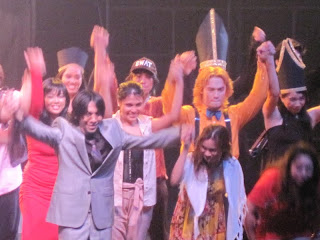 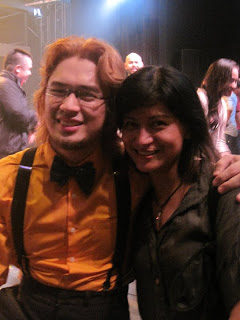 And here is my friend Chris who kept me company and with whom I exchanged a lot of verbal diarrhea with. Hahahaha. 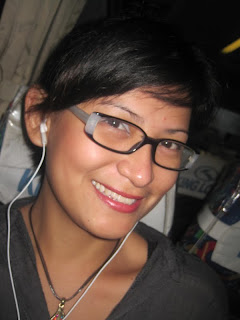 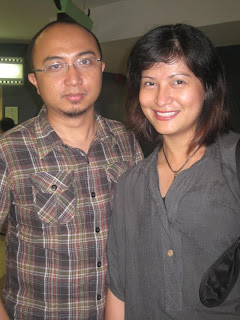 Do I regret watching? Nope. Though it was not great, it was worth it because of Chris and because of Kevin ... both guys my good friends. :)
on May 29, 2011
Email ThisBlogThis!Share to TwitterShare to FacebookShare to Pinterest
Labels: Everything Arts