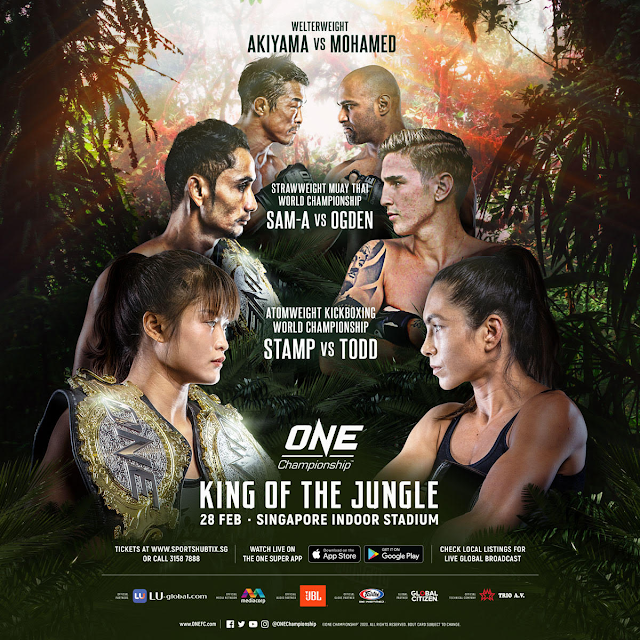 USE CODE MSKATHYKENNY for 10% OFF WHEN YOU BUY FROM THE ONE CHAMPIONSHIP SHOP
ONE Championship recently announced that the company has made the decision to convert one of its live events into a closed-door event. ONE: KING OF THE JUNGLE, which is scheduled for Friday, 28 February in Singapore is to proceed as planned, but the Singapore Indoor Stadium will be closed off to fans and media.

The decision was made with regards to the situation in Singapore surrounding the Novel Coronavirus (official name COVID-19).

ONE Chairman and CEO Chatri Sityodtong made the announcement to convert their event in Singapore to a closed-door event initially on his social media accounts. Shortly after, Sityodtong fielded questions from the media on a global conference call.

“In light of the coronavirus situation in Singapore, I have made the decision to convert ONE: King of the Jungle on February 28 into a closed event for broadcast only. The Singapore Indoor Stadium will not be open to the general public, but the event will proceed behind closed doors as scheduled live on all TV and digital platforms across 150+ countries around the world,” Sityodtong wrote on his official Facebook page.

Fans who purchased tickets to the event will be given a full refund through Sportshub Tix, ONE’s official ticketing partner in Singapore. All bouts are to proceed as scheduled, and will still be available live via TV and digital platforms worldwide, as well as through the ONE Super App.

The main event of ONE: KING OF THE JUNGLE will see two-sport ONE World Champion Stamp Fairtex of Thailand defend her ONE Atomweight Kickboxing World Title against Janet “J.T.” Todd of the United States.

In the co-main event of the evening, reigning ONE Strawweight Kickboxing World Champion Sam-A Gaiyanghadao of Thailand will take on Lachlan “Rocky” Ogden of Australia for the ONE Strawweight Muay Thai World Title.

Representing Singapore on the global stage is former ONE World Title challenger Amir Khan, who is accompanied by fellow Singaporean stars Tiffany “No Chill” Teo and Radeem Rahman. In addition, Singapore-based athletes Troy Worthen and Ritu “The Indian Tigress” Phogat are set to see action.

“We just felt that this was an incredible moment for us to ignite hope and strength across the continent of Asia and to our fans all over the world during this difficult time,” Sityodtong said during the global conference call. 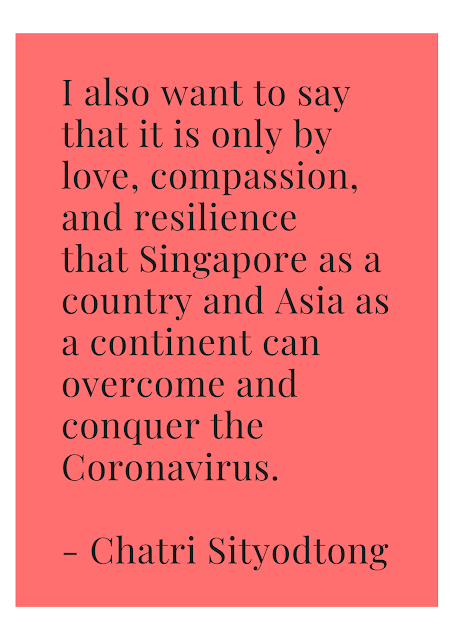 Sityodtong also says that while Singapore will proceed with its closed-door event, other events the organization has scheduled in other countries will proceed as planned. ONE Championship remains firm in its promise to deliver at least 50 events this year across all of its properties, and will make decisions to alter its events based on various factors as situations change.

“It was not an easy decision for us. In fact, many people were pushing us to cancel the event. But I thought back to why I started ONE Championship in the first place. And our mission since day one has been to unleash real-life superheroes who ignite the world with hope, strength, dreams, and inspiration,” Sityodtong continued.

“It’s a very different mission than all of our other global competitors. Yes we want to put on the greatest fights. Yes, we have the greatest martial artists in the world but there’s a deeper mission for ONE Championship. And in a time of crisis, in a time of fear in the continent of Asia, our heroes are ready to inspire the world.”

on February 18, 2020
Email ThisBlogThis!Share to TwitterShare to FacebookShare to Pinterest
Labels: Sports & Fitness