It Takes Gutz to be a Guttierez


I grew up watching Rufffa Gutierrez and wondering what it must be like to live her life. I had twin brothers of my own and so in a way, I felt that I could relate to her because she alo had younger twin brothers as well as a Mom who was very protective and could get loud when need be. Of course I’m no Ruffa but the similarities in our life were pretty distinct. One could say she was the Princess to my Pauper. 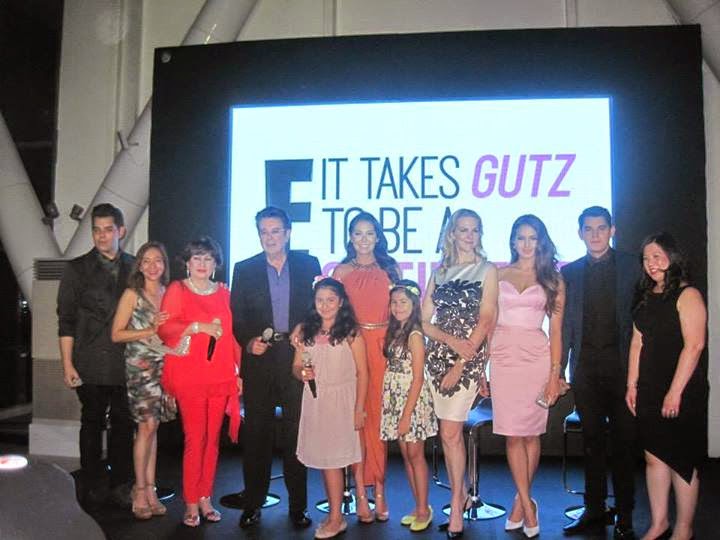 Imagine my excitement when I finally had the chance to meet and mingle with her even for a bit. I felt like I finally had a glimpse of what my life would have been if the tables have been turned. What makes it even more exciting is that because of their reality show It Takes Gutz to be a Gutierrez, I will not only catch a glimpse of their life; I will actually get to watch it on TV.

Last Monday, the media were given a treat by being shown a sneak peek at the pilot episode of It Takes Gutz to be a Gutierrez and I can definitely say that though initially, everyone thought it was going to be because of Annabelle Rama that things would be exciting, we all through wrong.
It’s really the dynamics of the entire family that would make everything even more exciting. Richard’s being secretive, Raymond’s flamboyance, the Yin and Yang between Annabelle and Eddie and of course, the glamour and extravagance that is Ruffa will definitely make this show a shit.

It takes GUTZ to be a Gutierrez premieres June 1, Sunday at 9 pm on E! (Sky Cable Channel 57 and Cablelink Channel 33).
on May 29, 2014
Email ThisBlogThis!Share to TwitterShare to FacebookShare to Pinterest
Labels: Lifestyle and Events