on October 20, 2013
We officially broke up last April 16. Since then, there have been a series of goodbyes and hellos, hellos and goodbyes. It was like we were drawn to each other .... I couldn't stay away and he couldn't refuse me when I reach out.

It was that kind of love .... consuming and so we were consumed. It was a fire that just kept on raging and devouring everything in its path and the two of us were definitely right on its track. It hovered over us, licked us with its passion, bit us with a vengeance, and lit us up until there was nothing left but ashes and remnants of what once was a great love.

Quick to burn but not so quick to die .... truth be told, its still not dead but water needed to be poured for the ember to die. It had to. As he said, it had to happen.

This had to happen.

I asked for one day more and was given 6 more months of seeing him, being with him, and tasting every bittersweet moment that I spent with him. I treasured every minute that I had with him. Every moment that I could, I would tell him I love him. If that were the last time I would see him, I wanted him to know that I still love him and that I would take him back in a heartbeat. 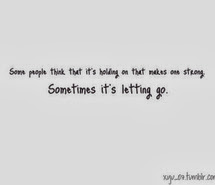 So I will stop being selfish and controlling and show him that I really do love him ... and if loving him means that I need to let go and let him explore the world on his own to find out what he really needs in life or who he really wants, then I need to do just that even if it hurts. I love him that much. 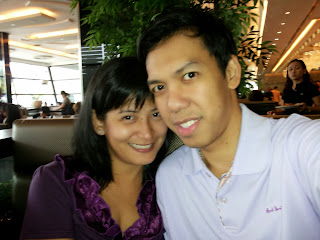 As I said to him before I left the car ... "I'm letting you go because this is what you need. If you are meant for me, if we are meant to be, you'll come back to me. I love you."

It has been the longest goodbye ... for now ... for the meantime ... or perhaps, forever.
Relationships