Last week, B's school celebrated their foundation day but due to weather conditions, they had to cut it form 5 days to 3 days. Day 1 started with a parade and I played the stage mother. Only fail I did was that I wore heels. For some reason, the word parade just did not sink in and so I had to endure walking for more than 30 minutes while wearing 4 inch heels.

Here's my son looking like a warrior, albeit a colorful one. Hehe. I think he actually looks like a dwarf but don't tell him I said that. 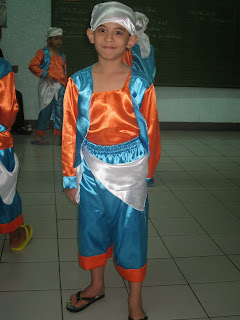 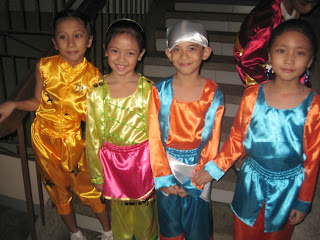 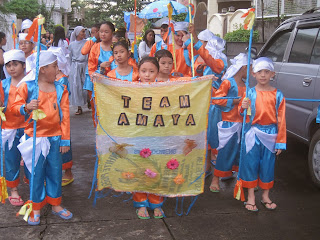 It was tiring but I'm glad that I was able to go and support him for his parade. :)
on October 23, 2013
Email ThisBlogThis!Share to TwitterShare to FacebookShare to Pinterest
Labels: Family and Friends