Glee has been a big part of my life. For some reason, most episodes, perhaps 9 out of 10, there would be a song that they would feature that just correlates with whatever is happening in my life. This has been what was happening since Season 1 and why I have never let go of Glee.

When I found out Cory Monteith was dead, I was devastated. I don't even know him but I was. Finn, his character, was just someone I find myself having a crush on ... he reminded me of the funny man actually. Quirky, funny, crazy, but always loving. He has his jerk moments but he always makes up for it just like the funny man.

Finn is gone now. So is the funny man. See the correlation? Finn is dead ... the funny man has simply moved on from me ... from us. Watching today's episode of The Quarterback, I have shed so many tears and I know that a part of it is really for Cory who plays Finn but mostly, its for me ... and my love for the funny man.

His fear of me is so big that I feel like there will never come a time that he will come back to me and I feel like our love has died. It is such a great love but I marred it with violence and harsh words and he just can't find it in his heart anymore to believe that I have truly changed.

Rachel lost Finn to death ... I lost my Finn to my wrongdoings and because I have scared him badly enough that though he still loves me, he'd rather pursue a possibility with someone else rather than risk being with me again.

This, I believe, is one of the most painful truths I will ever have to accept.

Goodbye Finn. Thank you for al the smiles and the songs.

Goodbye my Finn ... my funny funny man ... thank you for everything. If I could just have you look into my heart and my soul, you would know that there is nothing to fear from me anymore but I can't. 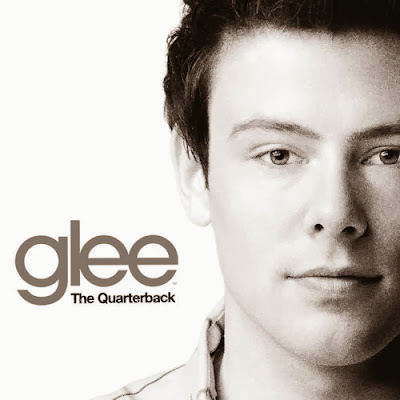 on October 11, 2013
Email ThisBlogThis!Share to TwitterShare to FacebookShare to Pinterest
Labels: Everything Arts