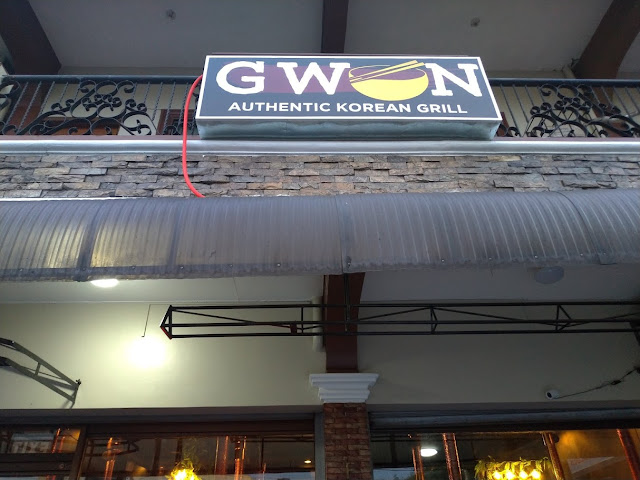 GWON is located near Baliwag, across Vorashe which makes it fairly easy to spot. This is found along Capitoline Hills inside BFRV, Las Pinas.

M was the one who saw this and pointed it out to me. Being a Korean samgyusal lover, my curiousity was piqued. 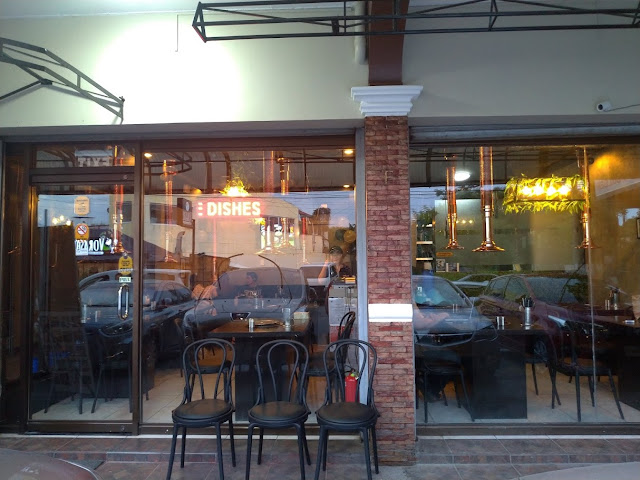 I became even more curious because when we went inside, we were greeted by the staff who seemed confident that their Korean beef was authentic and truly different. The moment you hear the staff say things like this and with much gusto, your expectations will definitely rise. 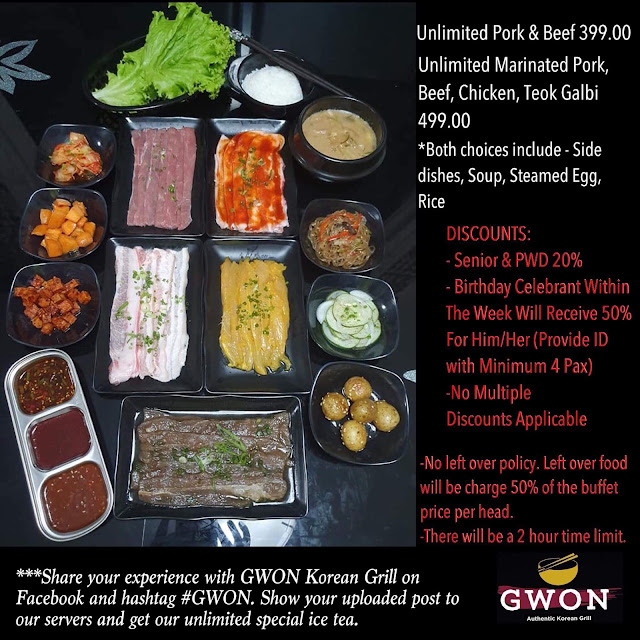 I was initially going for the plain beef and pork at Php399 but they convinced me to get the Php499 package which included marinated beef, pork, and chicken. Now I think I'm pretty reasonable when I say that I expected my food served the way it looks like in the poster. After all, it's not like it's artistically styled. 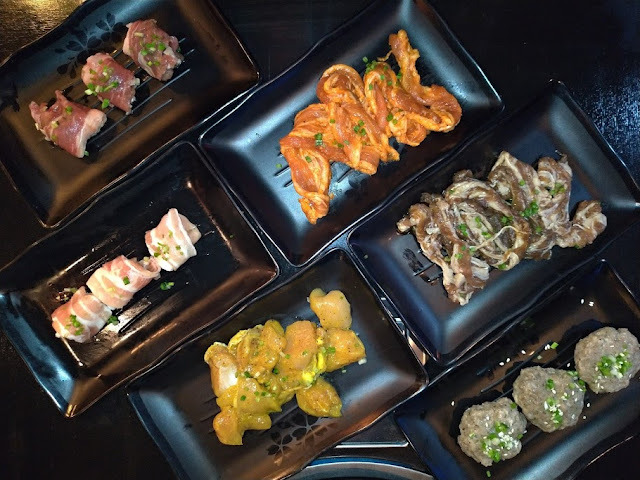 Presentation for me was a fail though. It just looked like the meat was plopped on the plate without a care. I felt like it was just dumped hurriedly to think that there were only two tables filled when we ate there. Perhaps I was just expecting more?

The meat was okay. It was good but it was nothing spectacular. I guess I expected it to be of higher quality by the way they were bragging about their Korean chef. I don't know. It was just underwhelming. 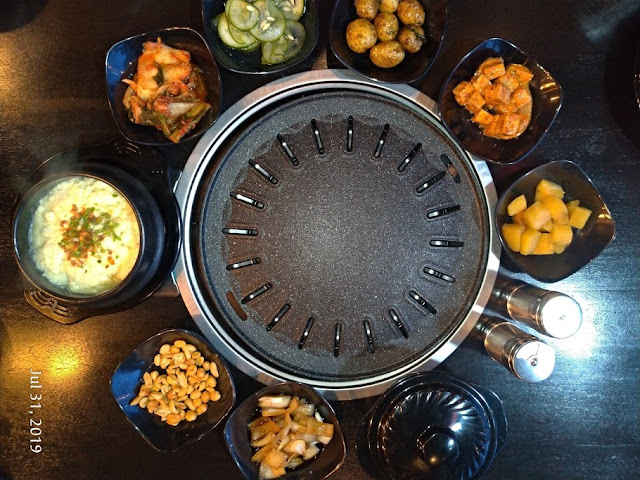 I did like the soup that came with it and the steamed egg. Note on the soup: Request that they serve the one without spice if you are not fond of spicy soup because their soup is SUPER SPICY.

The side dishes were also good but nothing amazing. I wish that the potato balls were sweet or dripped in sweet syrup but it was more on the spicy side. 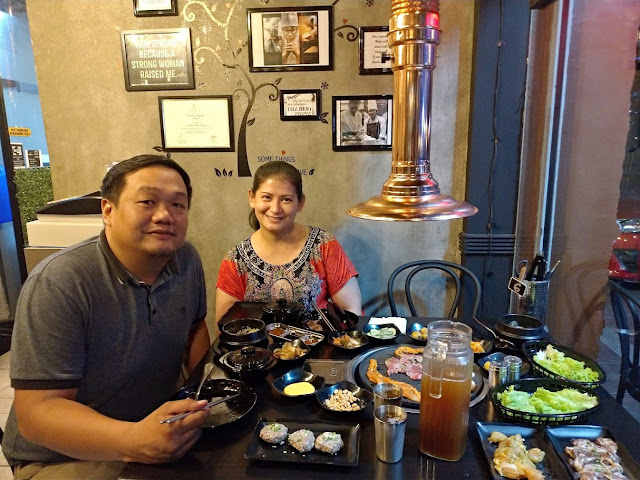 Was I impressed with the Korean BBQ grill? I'd have to say no. It was good but it wasn't great. It's not something that I would go back to again and again. Take into consideration though the fact that I have eaten at over 30+ Korean BBQ restaurants and that my standards are probably a bit higher than your average samgyupsal person.

Would I recommend this place? I'd say it's worth a try. Again, it's not a bad place to eat at. I just have other places that would come to mind before I would think of GWON. 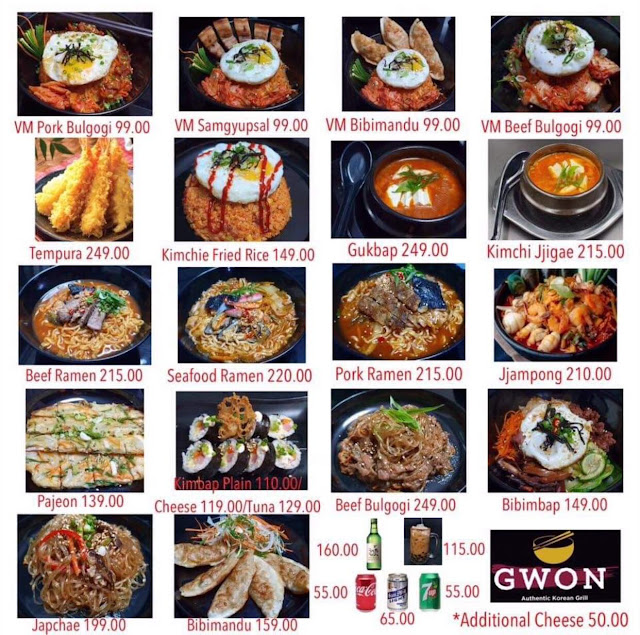 I do plan on going back and trying out their a la carte dishes. Perhaps that would fare better than the BBQ grill. I truly hope so.