Las Flores has the prettiest menu that I have ever seen and I've seen my fair share of menus. This menu was designed by Michael Parker who is a close friend of the owners. I loved that they stayed true to the name of the restaurant and that you can visibly see flower decorations everywhere. 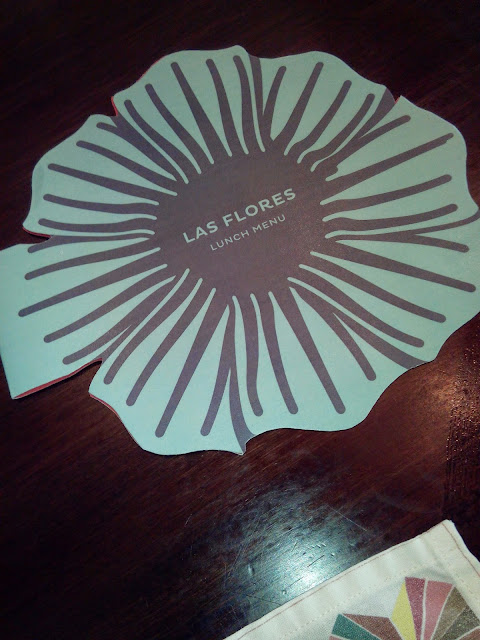 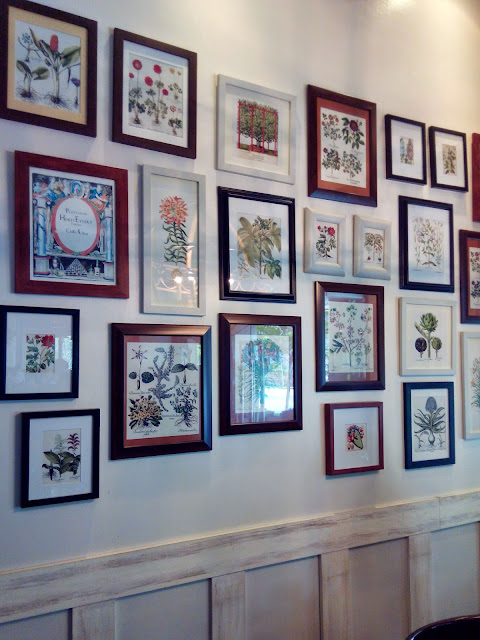 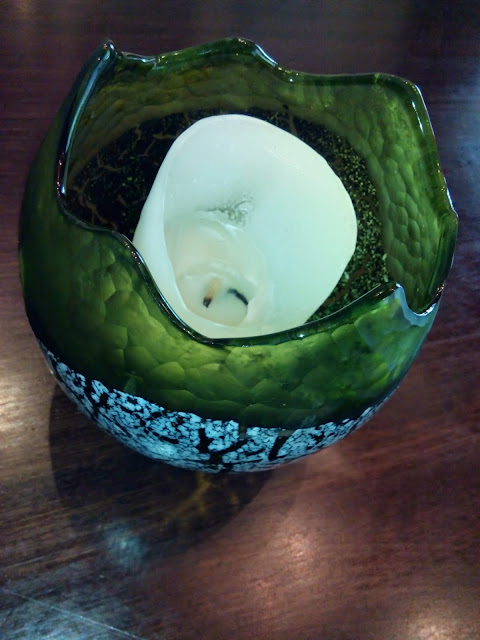 First thing they serves us were the drinks and compbread served in a wooden crate. I find the wooden crate quite a novelty and thought that it was pretty unique. As for their watermelon shake, it was pretty sweet which i really liked. :) 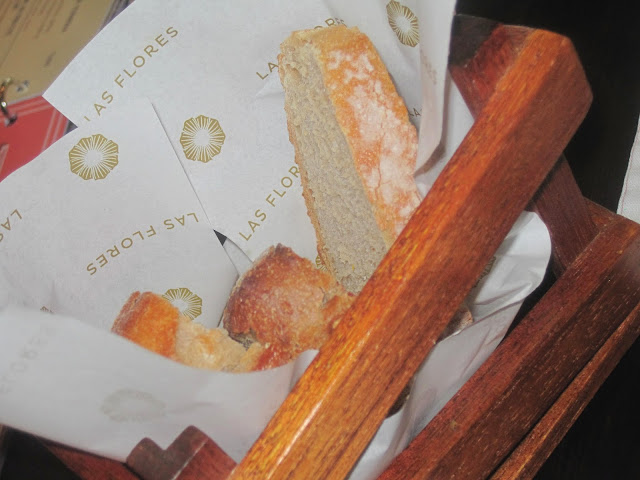 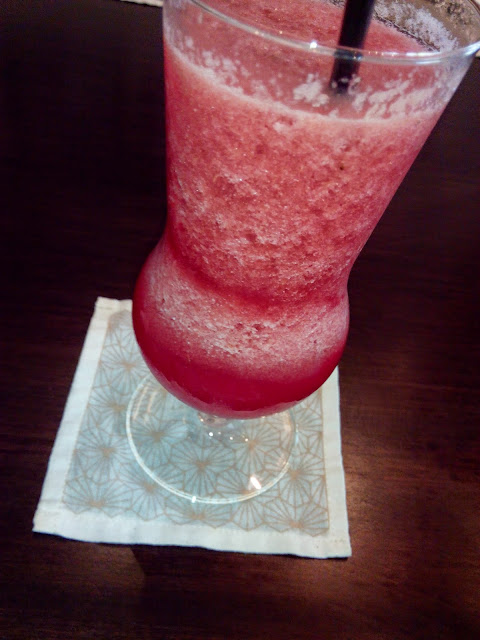 They served us the Tartar de Atun. This had a pretty interesting taste because it was served with raw egg in the middle. It also had pickles, capers, crispy oinion, and calamansi mayonnaise. This costs Php395. For tuna lovers, this would definitely be a hit. For me, it felt like it could have used a bit more soy sauce. 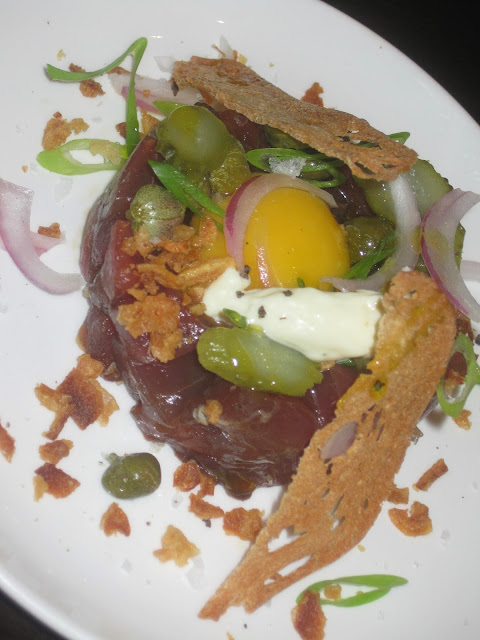 Now the Salmon and Salmo on the other hand was a bit of heaven. It was very fresh and tasty. The salmon was smoked, it had caviar on it, ricotta cheese truffle and oil vinaigrette served on a piece of crispy bread. An order of this costs Php595. 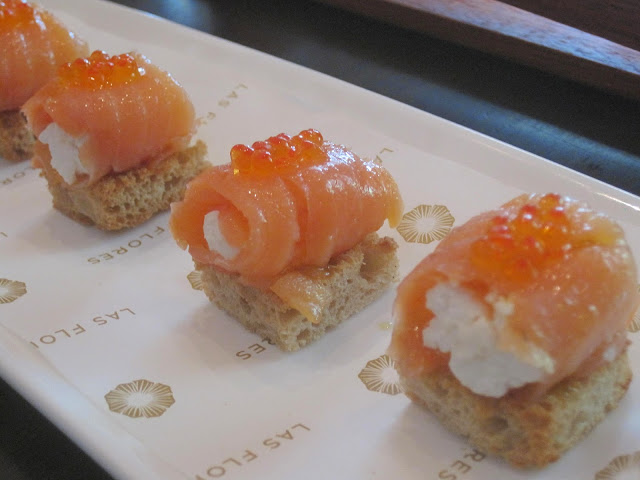 '
Another thing that caught my attention was the Mousse de foie con Mango. TO DIE FOR. This one is really, really good. After having a bite, I actually took another one, then another one. It was too good.   The mango jam, coupled with the arugula, caramelized pine nuts, and foie mousse was the perfect combination. At Php325, this was a steal. 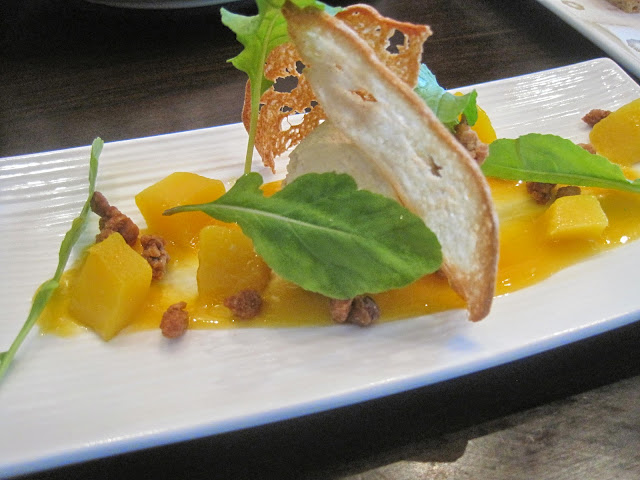 However, though this was really good, the real winner of the day was the Gambas Al Ajillo. The spicy garlic fried shrimps cooked in olive oil was just so good. It was fat and juicy and one bite was all it takes to prove that the shrimps served in Las Flores is fresh.Priced at Php395 this one is also another steal. 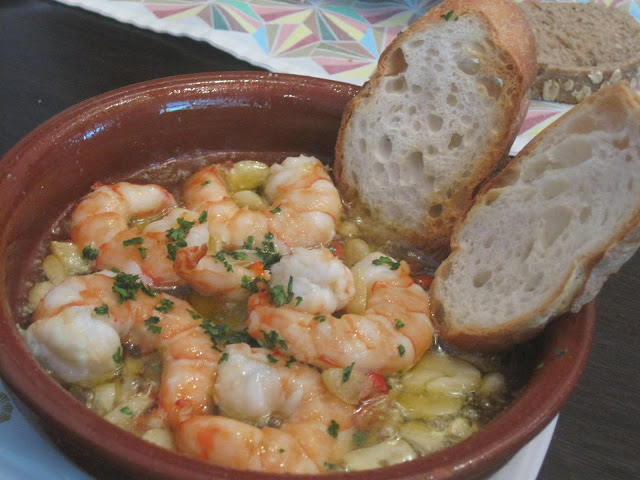 The Croquestas de Chorizo was also another thing on the menu that I truly liked. I actually ate 2 of it. It was so good and fattening because it was so creamy. 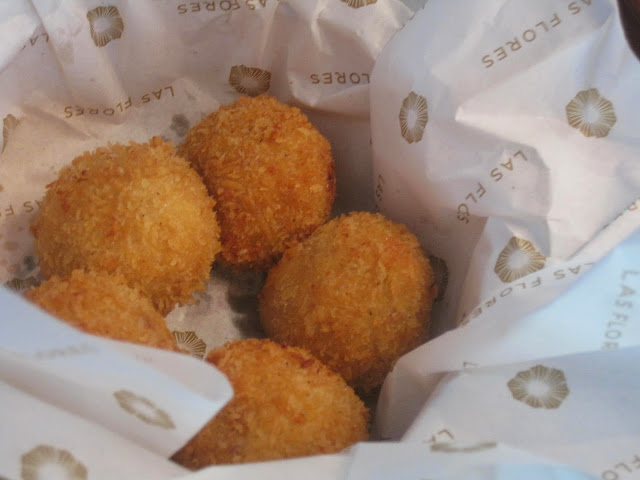 Next thing that I fell in love with on the menu was the Angus and Foie Mini. Though priced at Php825, one bite was all it took to justify the cost. It may look small but its actually very filling. The meat is also very tender and tasty since its Australian beef tenderloin topped with foie and caramelized apple. 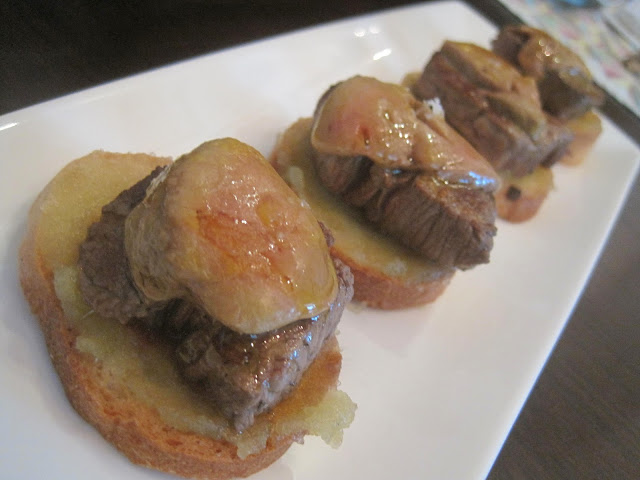 The Secreto Iberico is another meat treat that would make meatatarians fall in love. Its called a secret because it comes from a part of the ribs that farmer would keep for themselves which is why its called a secret. This is served with chickpeas sauce and basil topped with extra virgin olive oil. This cost Php995. 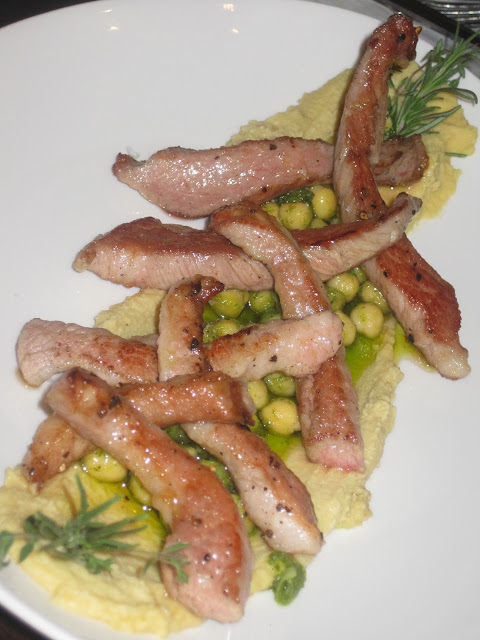 The Paella de Marisco which is only Php545 is actually a seafood paella. This one is only the 21st pan that they have made which makes it extra special. 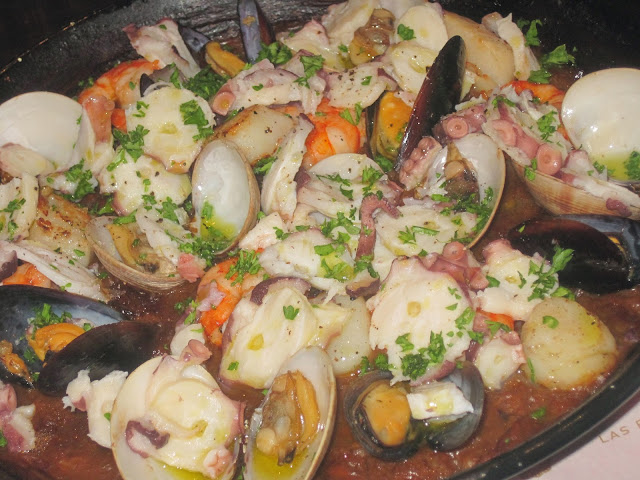 Finally, the last thing that I would recommend on this list is the Chocolatisimo. Its fondant with strawberry jam in the middle topped with white chocolate ice  cream and caramel. It reminds me of molten lava and at Php195, its definitely value for money. 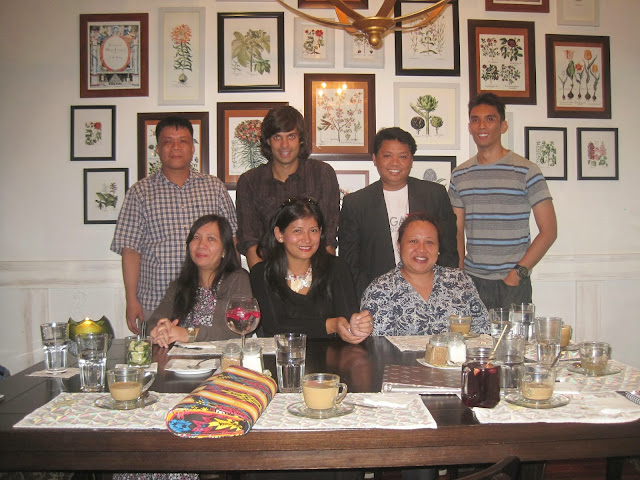 Thanks Uri for hosting us and for the really delicious food. It really was a lunch to remember.

on June 15, 2014
Email ThisBlogThis!Share to TwitterShare to FacebookShare to Pinterest
Labels: Food and Drinks