on August 03, 2012
It was raining and we had nowhere to go. We ended up at Mall of Asia and FM remembered that he wanted me to try this restaurant called Bangus. 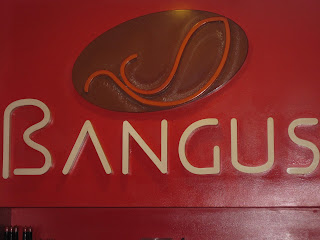 FM was really excited about this place. He knew that I was not a fan of bangus (milkfish) and that I rarely eat fish. However, since he was very excited, I gave in and tried it for his sake.

The interior was a bit dark for me. I think it would have looked better if the lights they used was not the yellowish kind. 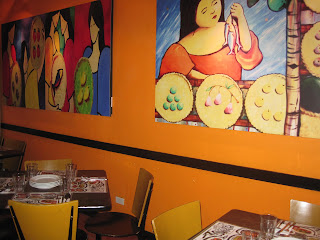 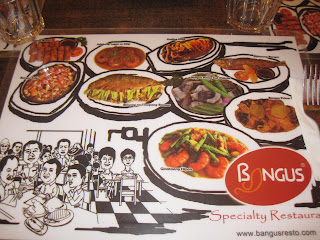 FM and I ordered aligi rice and rellenong bangus which he said was the best seller. As much as I was not a fan of relleno nor bangus, I placed a smile on my face and said okay. 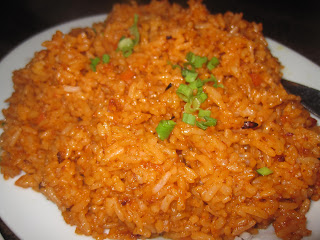 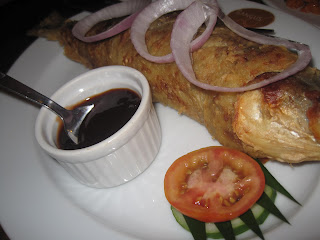 Surprisingly, I actually loved the bangus. There was no bone in it; not a single one! I loved the texture, the combination of everything, and the taste. It was so good. It was actually the aligi rice that I didn't like so much because there was too much oil. FM on the other hand felt that the relleno was not as good as it was before. 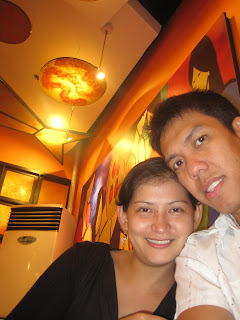 PS. I loved their sago't gulaman and pandan shake. It rocked! 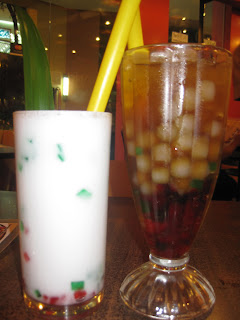