on September 24, 2019
A new restaurant recently opened near our place and M has been itching to try it out. Personally, I wasn't interested because the concept was just another Japanese and Korean BBQ. However, M really wanted to try it so after we had the 5th month check up, we went ahead and finally gave it a go.

Wagyuniku is supposedly a Japanese and Korean BBQ place but when you step inside, it can become a little bit confusing. You see, the entire place is decked in Japanese lanterns and had gaudy Japanese wallpaper art. 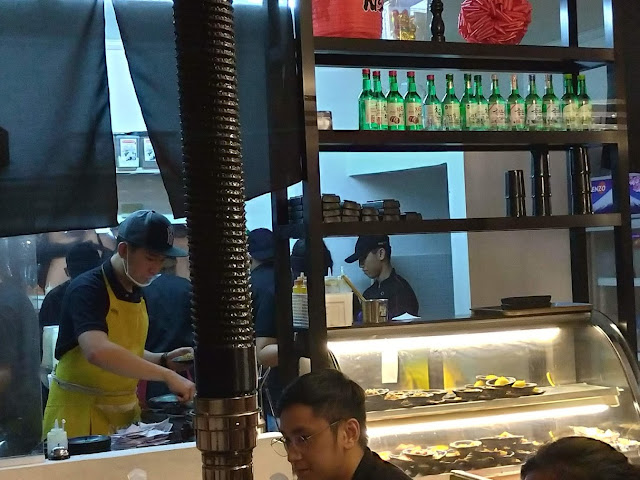 They did have really nice smoke preventors per table so there was no smoke inside even when everyone was grilling to their hearts content. The chairs were not so comfy for someone like me because after sitting for an hour, I could feel it pressing against my thighs and I have thick thighs. 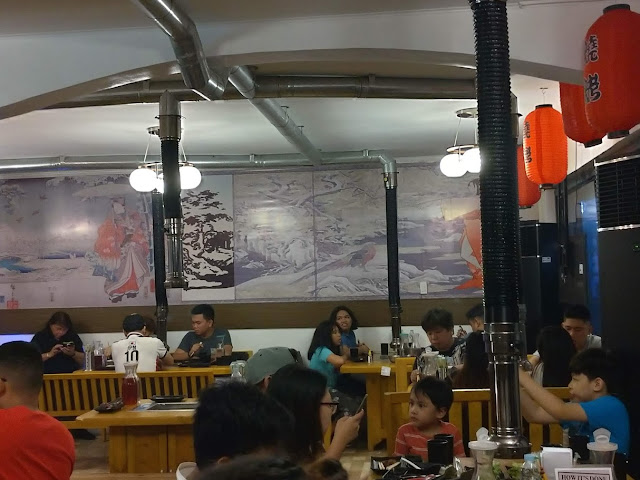 Food wise, it was more Korean than Japanese. The only Japanese thing about the food selection was the wagyu meat and the miso soup as far as I can remember. Everything else is what you'd expect at a Korean restaurant. 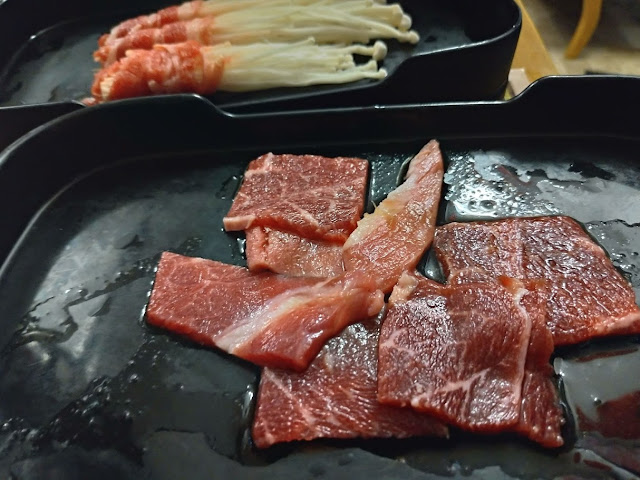 The food itself was okay. There was nothing outstanding save for the Kani Salad and the Ebi Mushroom. I think I had over 10 small bowls of the kani salad. I wished they added more kani though because there was one tiny strip of kani per bowl but the dressing they used was what hooked me in. 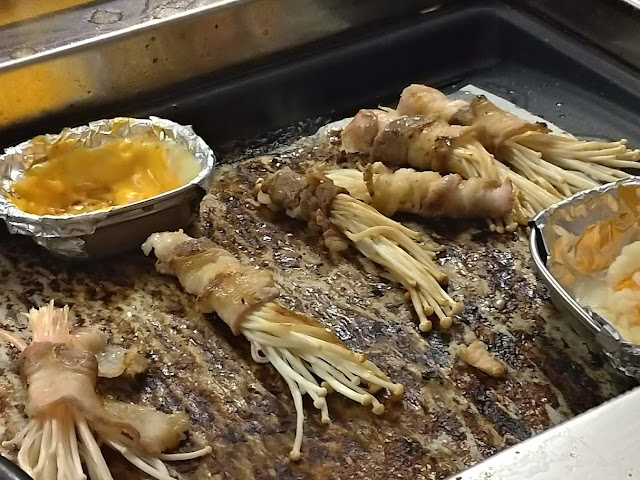 The wagyu was not okay with my Mom. For me, it was pretty okay. The wagyuniku chicken wings was pretty good but it's best paired with beer which I couldn't have.

The highlight, and yes feel the sarcasm, was the LIVE performer who was anything but LIVEly. In fact, my Mom actually thought it was a bad recording and almost asked for the channel to be changed. I had to immediately step in and tell her that they had a live performer, not a bad channel.

The confusion lies in the fact that this was supposedly a Japanese and Korean BBQ place but the live performer kept singing in a really sad way, Filipino songs like SA ILALIM NG BUWAN. I mean, how are you supposed to feel being given a pseudo Japanese ambiance, a Korean BBQ place, and then you have someone crooning in the most emo way possible a Tagalog ballad meant.

It was the epitome of confusion.

I wish the owners of Wagyuniku can finally come to a decision.

Are you a Korean place?
Are you a Japanese place?
If you are a fusion of the two, please at least add california maki to the menu.
If you are Korean Japanese, please make the performer LIVELY, PERKY, and make him stop singing emo Tagalog songs. 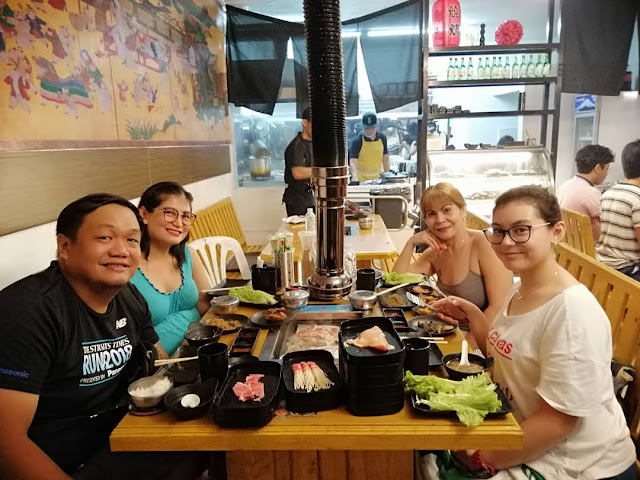 Would I recommend this place? I'd say there's no harm in giving it a try.
Would we come back here? As my Mom put it, if there's really nothing else to try anymore.