where to eat in Clark, Pampanga

on August 08, 2018
They said that the culinary capital of the Philippines is Pampanga. As much as this is an unpopular opinion, I really don't like the way they cook their sisig though which was why I used to disagree with this saying before. However, my recent visit to Clark, Pampanga definitely changed my mind. 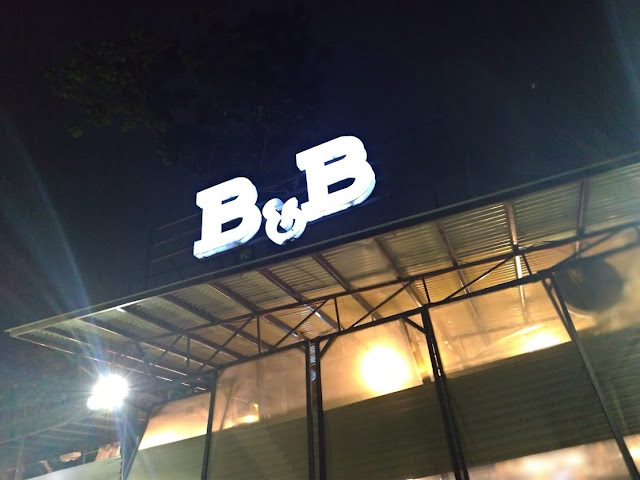 This place is called Barbecue and Beer. It seems that this is a pretty popular joint because we had to wait 20 minutes before we were seated. 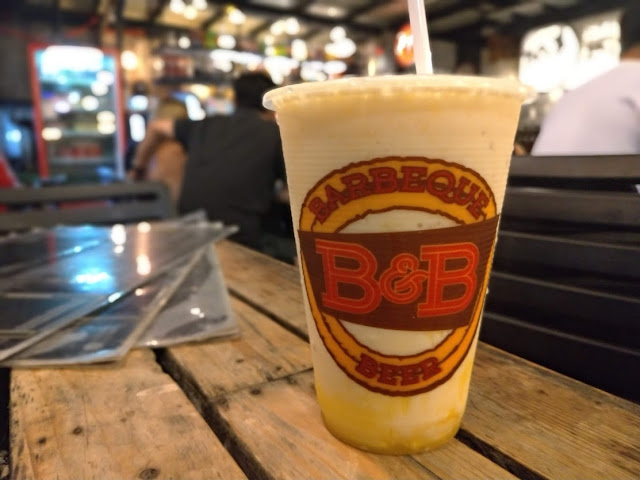 I had the mango banana shake and this was actually good. Next we had were the different barbecue sticks and FAIR WARNING, if you are ordering anything aside from the chicken intestine, get only one stick first. 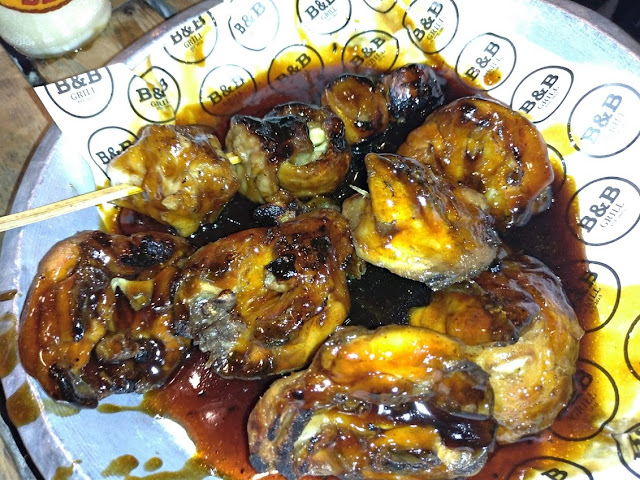 It's huge. The pork intestines were huge. The chicken butt was HUGE. The serving size is really good guys, American size. SULIT! 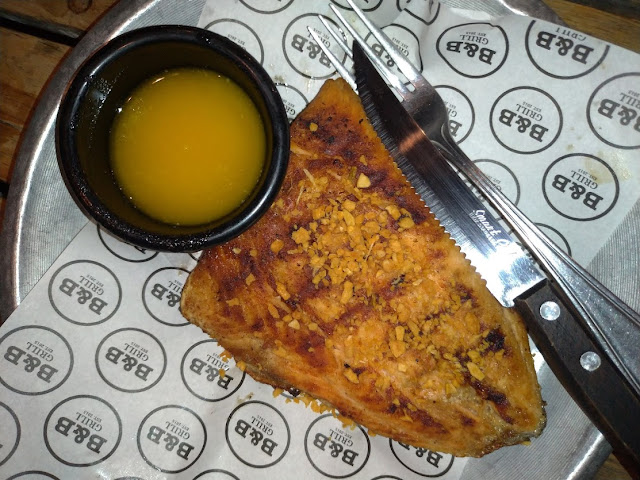 The grilled salmon belly with lemon sauce was sooo tasty. This would have been perfect already on it's own, paired with plain rice and ice cold softdrinks. 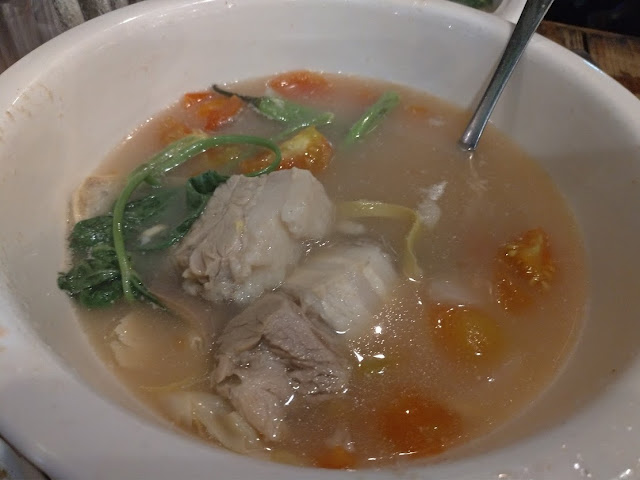 The sinigang soup was actually overflowing but everyone took one whiff and no one waited to take a photo coz we all had to have a sip of the soup and what a sip it was. The soup was really tasty, not bland like other places. You could taste the gabi on this one and the veggies were all half cooked. HEAVEN! 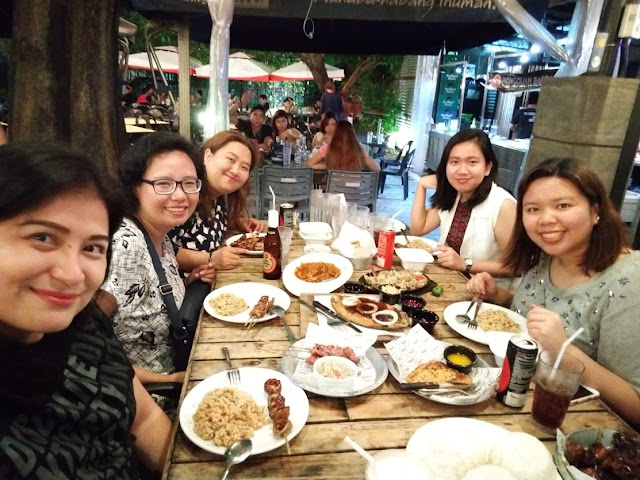 The other place that we tried was Matam-Ih. This place has such a native vibe that when a guy who claims to be a half aeta started singing, we were not even suprised. 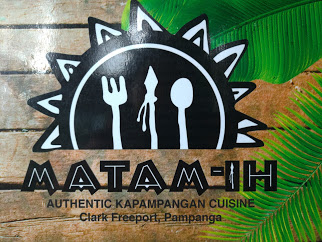 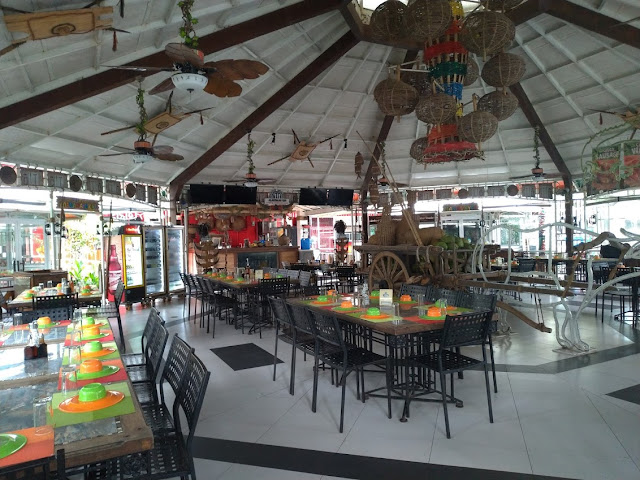 This is what we had and I can definitely say that the kare-kare lived up to my Mom's cooking, the binagoongan was perfect paired with the rice and the lechon kawali was crispy where needed and soft where it should be. The pako was also such a delight that I ended up munching on it after this heavy meal. 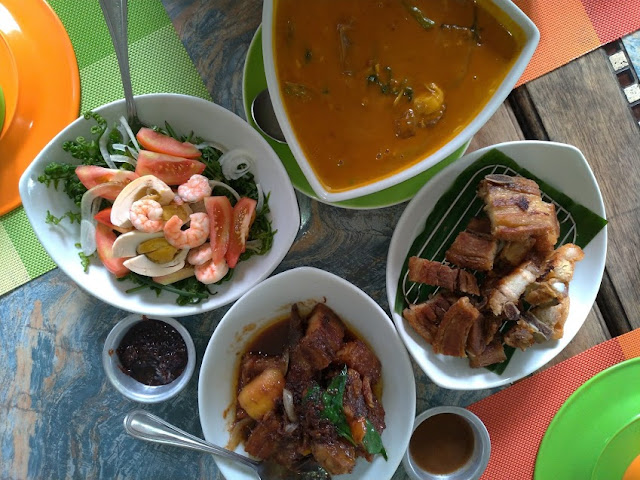 Rice in banana leaves! What else can you ask for? 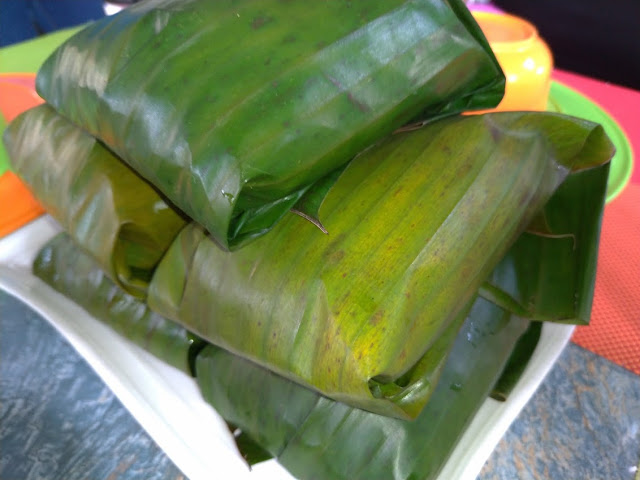 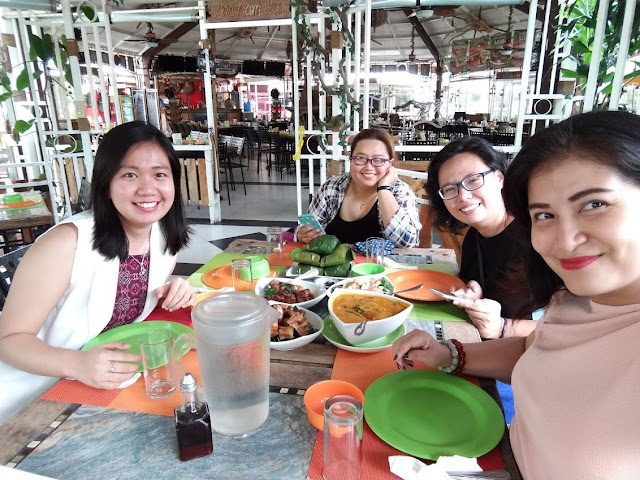 Last stop for us was Downtown Cafe. Honestly, I was a bit worried about this one because my expectations were already set quite high with the first two but Downtown Cafe delivered! 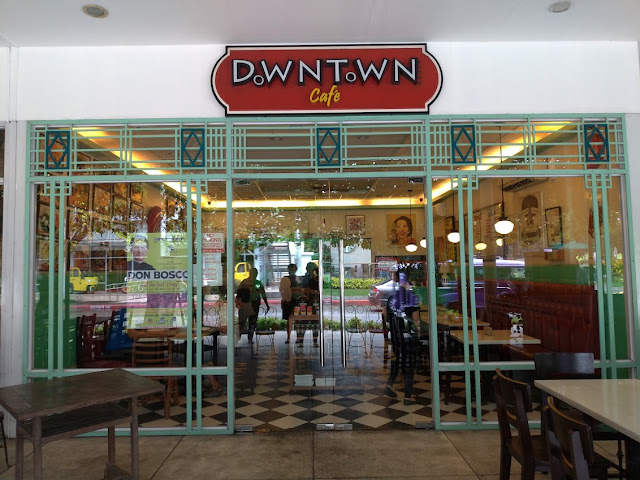 This tinapa triangle was definitely a good way to start the meal. So much love for this. Tinapa flakes wrapped in greens then fried ... uhm mmmm. 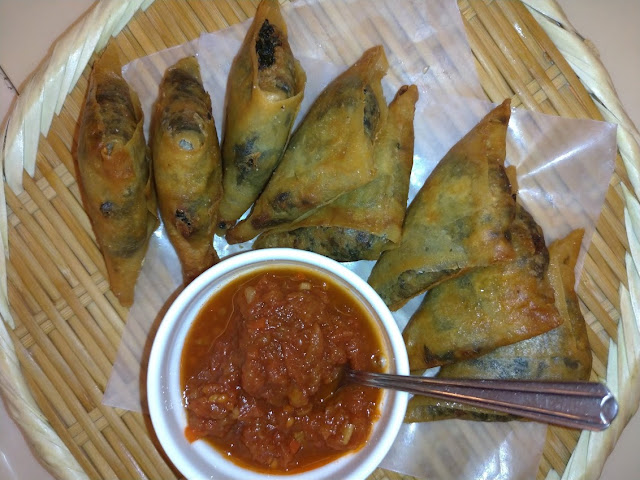 Now the star of the meal for me was this. Crispy fried duck plaed in wraps with mango salsa, cucumber, and gravy was just too good. I kid you not. I had 4 wraps. FOUR. If I could have had 10, I would have gotten 10. 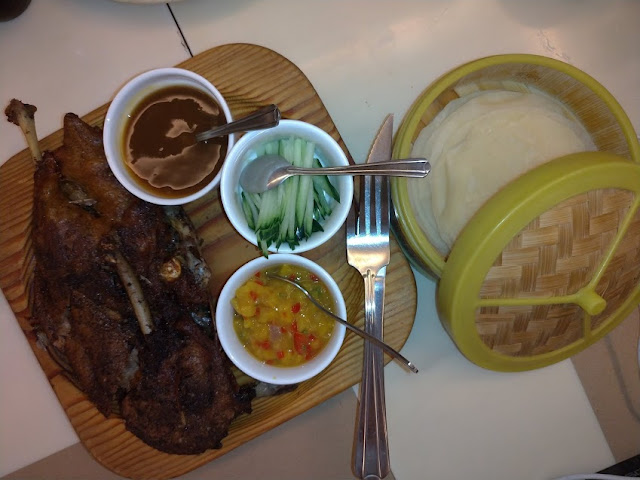 The gising gising was also cooked right though I would have wanted more meat on this just to balance the tate even more and perhaps, make it a bit more spicy? Hindi ako nagising e but it tasted good. 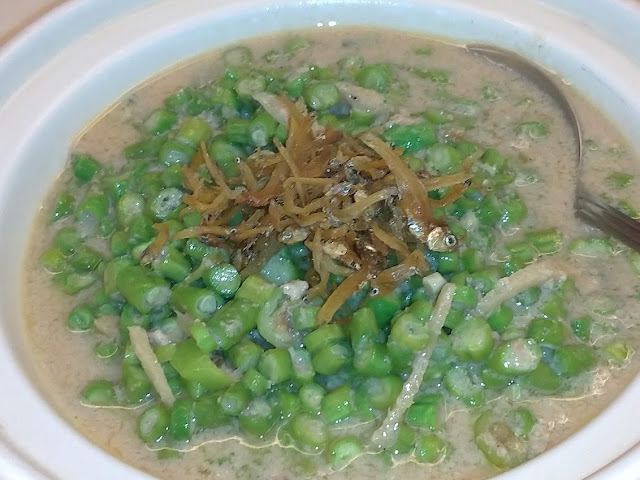 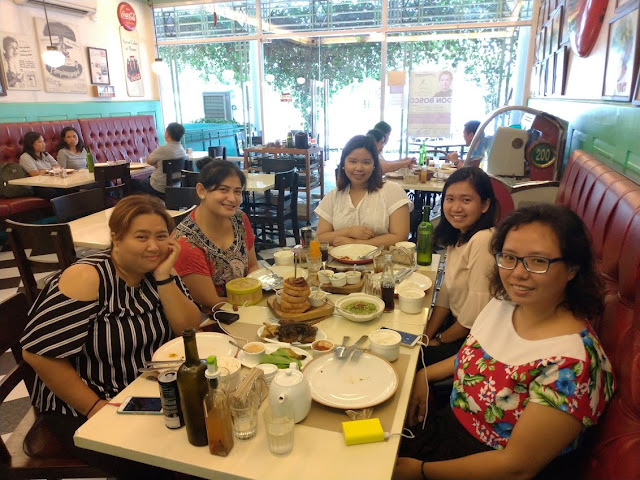 And this ... the jukebox. It just made the place feel a bit more nostalgic. 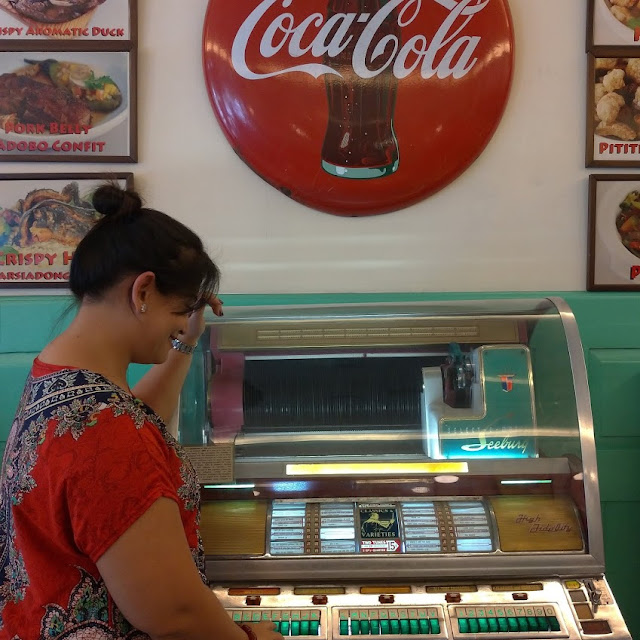