on September 14, 2013
Today was the first day they released it in their stores. Since I was lucky enough to have seen that it was due for release, I trooped to the nearest Krispy Kreme store earlier and got myself 2 out of the 6 that they were offering.

Why only 2 you may ask? Well, it was because I could afford only 2 out of 6 hahaha. 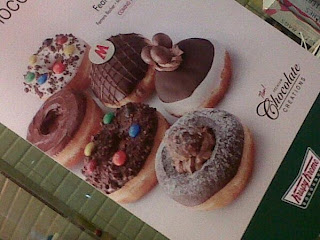 I got the Maltesers and the Ferrero Rocher.

I don't know. I wasn't happy with this, to think that this was the one I looked forward to the most.


Thankfully, the Maltesers saved the day. It felt like this was more of a real creation and not just another donut that they have with a new add on. The maltesers chocolate creation was divine and oh so fattening just by the looks of it. I feel like I added 5lbsto my hips but I don't really care. It was good. 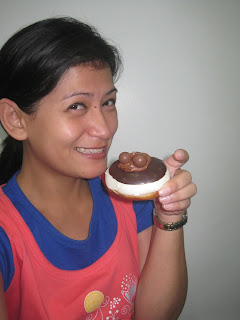 See? I enjoyed this one. Hopefully, the other creations would do better. Still I say, its all worth a try.
Food and Drinks