Allan and I have talked about meeting up on a Sunday for him to teach me some boxing moves as well as spar one on one. We've talked about it for months and for one reason or another, it has never pushed through. Yesterday, when I woke up, I saw a text message from him asking if I already got the gloves and the pad.

I said no and thought that this was another session that would not push through. Apparently, I thought wrong. At 11am he sent another SMS and told me to meet him at 12noon.

12noon? I was still in my pajamas at 11am, having rolled right out of bed and planning a day of being stuck to the couch watching my TV series while systematically dissecting my old magazines.

I had to do a mad rush and get bathed, dressed, fixed, and have a cuppa to make it on time. Thankfully, he was the one who was late this time around. We went around and looked up some gloves and pad then ate at Greenwich. I haven't had their lasagna for quite some time so we made a beeline for it. 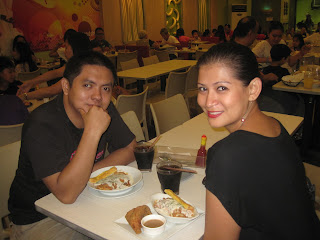 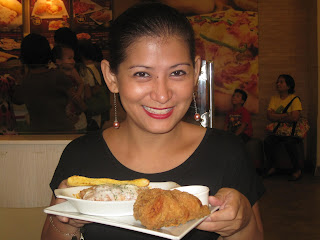 I love the lasagna. I love how it tastes and the layers and the meat in between. I rarely get to it but when I do, it feels like a piece of heaven is inside my mouth. I also love the chicken and the tastiness of the chicken. Even the white meat was full of flavor.

Afterwards when we were walking home, we chanced upon my Mom and sister. Instead of getting home, we ended up at Bonappetea.

They had a rainy day treat where you can get a 1Liter Milk Tea for  only Php70 so of course that was what I had. 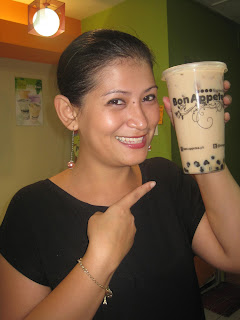 My little sister on the other hand wanted macarons which were quite pricey so this is the end result. 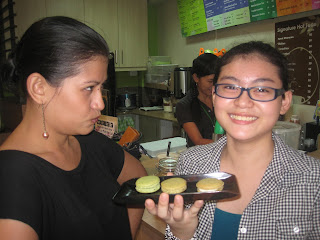 It was a fun afternoon even though we had a bad experience with Western Union. Luckily, the CSR I spoke to today was able to fix it. Sometimes, it really is the unplanned events that bring you life's simple pleasures. 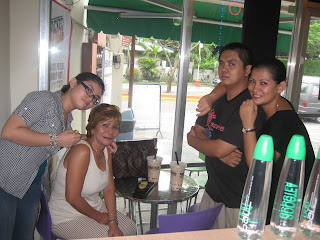 on August 12, 2013
Email ThisBlogThis!Share to TwitterShare to FacebookShare to Pinterest
Labels: Food and Drinks