If' you're in your 30's like I am, you have most likely had your fair share of dates and relationships. I know I have. In my dating spree and 6 failed relationships, I have met different types of guys.

Mr. Right Now - we all know him. He's the one who feels just right. He's the one who makes you feel better, like you were the only girl in this world. He will wine and dine you. He will take you places. Problem is, he's just for now. He's not meant to last forever because he doesn't know forever. He just knows now.

Mr. Spender - wouldn't we all love to meet him? He's that egoistic guy who feels he has to spend a lot on you to feel important or worse, to get you. He sends out grandiose bouquets of flowers and closes down a restaurant so that the two of you can have a private dinner. Yep, he has the bucks, but not the personality.

Mr. Bad Boy - Oh we have all met him. We have all gone through the "he just needs someone to love him and understand him and he'll turn around. Bdw, that person is me!" So off we went and played Florence Nightingale but ending up being the one who needs to be mended because Mr. Bad Boy just broke our hearts and if you're really unfortunate, broke you as well.

Mr. Friends Only - He's the one who knows your secrets. He is your +1 when you don't have a date. He's there to talk to you when you're bored, watch movies no one else would watch with you, and go on random food trips. He's an almost perfect boyfriend except he's not a boyfriend. He's just a friend.

Mr. Serial Dater - You went out, you had fun, you connected, went out again, had even more fun, really connected, went out once more, it was hilarious, great chemistry and then he's gone. What the heck just happened? He's a serial dater. He most likely got his quota and moved on to the next target. It's not your fault.

And then you meet Mr. Nice Guy. Yep, the one and only Mr. Nice Guy. The others were easy to let go of because it just wasn't a fit and it didn't work out. Truth be told, you hated them and so you easily moved on. However, Mr. Nice Guy is different. He's not like the others. In fact, he's the one you have been waiting for.

Mr. Nice Guy is the guy that every girl has been dreaming of. He is the gentleman that we all want to be with; the one who opens the door for you and pulls out a chair when you dine out. He is the lover you want in bed; the one who ensures you are satisfied and taken cared of, the one who knows how you like it when you like it. He is the friend you can talk to, the one who listens to your woes and comforts you when needed. He is the knight in shining armor; the one who is always there ready to rescue you from any mishap you find yourself in.

You see, I seem to be having a really hard time letting go of my Mr. Nice Guy. It's a first for me to not be able to just snap my hands and forget about my feelings. With Mr. Nice Guy, eventhough I have long stopped trying to win him back, I still have deep feelings for him. It just won't go away. Letting go of Mr. Nice Guy has not been easy but its needed. He doesn't love me like he used to. I have to let go. I don't want to but I should because he no longer wants me anymore. It's just so hard because he's Mr. Nice Guy. He's MY Mr. Nice Guy.

He's everything that I have always wanted and he was just within reach. Now, he's out of my reach. So, tell me ... how do you truly let go of Mr. Nice Guy?  I wanna know. 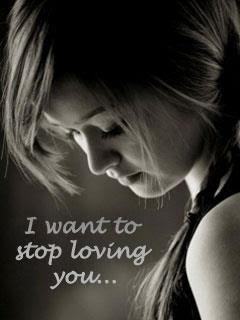 But I can't ... my heart just won't let me ...
on July 01, 2013
Email ThisBlogThis!Share to TwitterShare to FacebookShare to Pinterest
Labels: Relationships