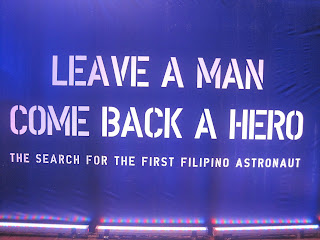 This is what the tagline is of the latest campaign from Axe Philippines. Launched back in January 2013, Axe Philippines held a Press Corp Briefing to give us the latest news and updates about what has happened since then.

Worldwide, as of the last estimate, the total number of applications reached over 2 million from over 20 million visitors to www.axeapollo.com with the Philippines landing within the top 5 countries globally in terms of applications. 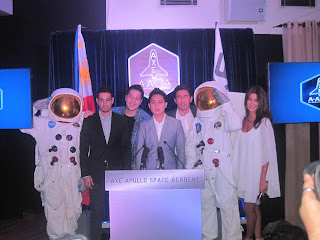 The next phase of the search in the Philippines will start in August with the AXE Apollo National Challenges where two candidates from the top-voted applicants will be chosen to undergo training at the international AXE Apollo Global Space Camp in Orlando, Florida, U.S.A. scheduled for December of this year.  Gearing up for this phase of the campaign are A.A.S.A. National Selections Directors Ramon Bautista, Luis Manzano, Sam Gogna, and Gino Quillamor.

AXE Philippines has declared a shortlist of top-voted candidates who will advance to this next phase of the search where they will be facing three grueling challenges that will put their intellect, physical prowess, and willpower to the test.

The second challenge will test the physical prowess of the top 400 candidates, who will be asked to run an obstacle course inspired by courses used in military training.  From there, the best 50 candidates will be selected to advance to the third challenge.

The third challenge is a test of endurance and willpower.  The A.A.S.A. calls this test “last heroes standing” where candidates will be asked to outlast one another in tough physical conditions.  From this challenge, two people will be declared as the country’s representatives to the international AXE Apollo Space Camp in the U.S.

AXE Philippines has also made an unexpected announcement, surprising everyone by declaring a “wild card” candidate who will be sent to space camp with the two winners from the national challenges.  A special “golden ticket” will be given away to a lucky guy or girl, giving everyone one last shot at becoming the first Filipino astronaut in a promo AXE calls “the AXE Apollo Hyperdrive Promo”.

Everyone aged 18 years old and above can join the promo by purchasing any Axe Apollo Body Spray product.  Each purchase receipt will be considered as one raffle entry for a chance at a trip to space.  To join the raffle, one must text AXE <name of store> / <last three digits of the official receipt> and send it to 2600.

Only one winner will be declared as the third representative to space camp, but each raffle entry also gives you a chance at winning a Samsung Galaxy Smartphone as a consolation prize.

The Philippines will soon join the ranks of space-faring nations as the first Filipino astronaut is sent to space through the AXE Apollo Space Academy.  New AXE Apollo is now available on Earth, nationally in stores near you.

Now of course, the night wasn't all about news and updates. Axe Philippines also ensured that everyone who was present would have a great time by treating us to food from Aracama Filipino Cuisine and by holding a private party at Prive Luxury Club after. 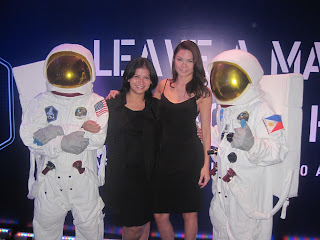 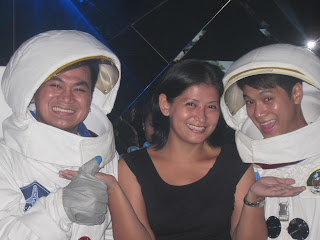 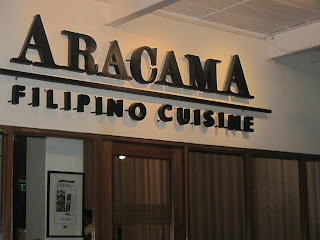 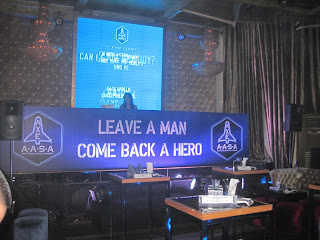 Truly, Axe knows how to throw a great event proving that they are not only great at getting the ladies, they are also good at ensuring that everyone will have a good time. Thank you for the cap and the Axe items. =) 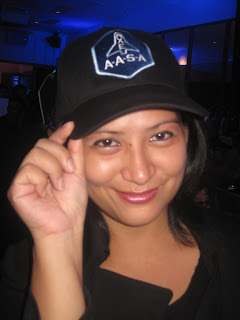 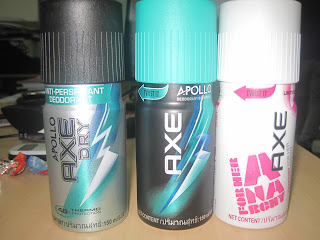 on July 19, 2013
Email ThisBlogThis!Share to TwitterShare to FacebookShare to Pinterest
Labels: Lifestyle and Events