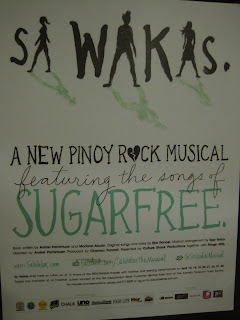 When I first heard about this musical, I completely had no idea what it was about. They told me it was a musical that uses the songs of Sugarfree. Now, some people would go screaming with happiness because they knew the songs of Sugarfree; I however do not know any except for "Hari ng Sablay."

Preview Night and the opening scene simply blew me away. The spotlight, the darkened room, the breaking hearts covered by fake cheerful words and voices. It was powerful. It tugged at the heart. It tugged at MY heart.

When the two lead characters exchanged boxes of their belongings because they were finally over, I cried. Tears just fell down my cheeks. I could feel the pain and the aching with that simple gesture. Years of history, all in a box. 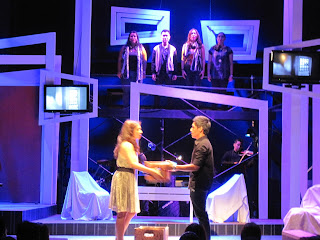 Sa Wakas is a story that anyone who has fallen in love, been cheated on, got stuck in the middle of two people, and has had their heart broken can relate to. If you look at the plot itself alone, it may look weak and trite but with the songs of Sugarfree and the portrayal of the cast, you will find yourself drawn to the story.

The way the story unfolds was not your typical boy meets girl, they fall in love, blah blah blah. It is actually how the story unfolds that will leave you glued to the stage. The songs will let you reminisce or want to throw  a chair and break it into tiny little pieces because it just hurts so much. 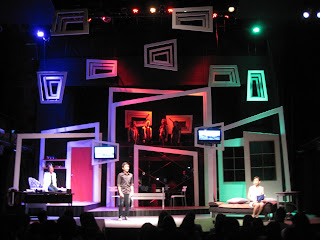 Sa Wakas the Musical is refreshing and very Filipino. I highly recommend watching this. You would definitely leave the theatre with a brand new respect for Filipino plays and a love for the songs of Sugarfree. 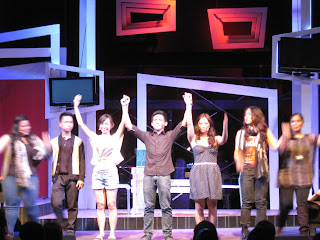 on April 13, 2013
Email ThisBlogThis!Share to TwitterShare to FacebookShare to Pinterest
Labels: Everything Arts