on June 07, 2012
We had dinner at Lugang Cafe because it was the twins birthday and they treated us there. It was a great thing because I have always wanted to try out the different dishes of Lugang Cafe. 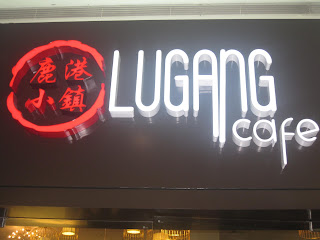 Lugang Cafe is more popularly known for their Shia Long Bao and the dessert that they have. However, my brothers have eaten at this place for more than 20 times so they had a pretty basic idea of what was good and what was not.

They ordered the following and I'd like to apologize in advance because I wasn't able to track down all the names of the food. I was having too good a time being with my family and FM to be a good food blogger at that time. Still, I wanna share with you the food because it was just OH SO YUMMY!


This one was pretty good. You can taste the shrimp and the soup inside was really good too. Be careful with putting the entire thing inside your mouth though because it can be pretty hot.

This one is a classic. It's no wonder that they are famous for these because it was just the right mix of meat, soup, saltiness, and hot. It is an experience eating this and one order simply wouldn't be enough. 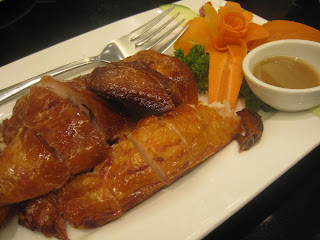 This fried chicken is around Php500+ if I remember correctly. It's pretty expensive in my opinion though it does taste better than most fried chicken. The oil used is not your normal or standard oi. I have no idea what they used but I think it costs more than it should have. 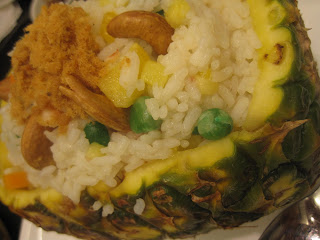 The pineapple rice on the other hand was divine. It was sweet, tangy, and just the right combination of everything it should be. The pineapple they served it in was a tad bit too small but that was the only downside to it. 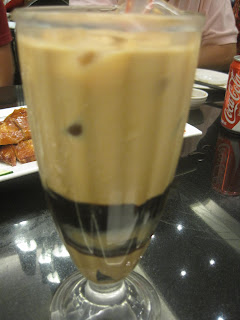 The milk jelly tea was something ... something good. The taste was more tea-ish (is that even a word?) than milk but the jelly countered and balanced everything. Overall, I'd definitely order this again as my drink next time. 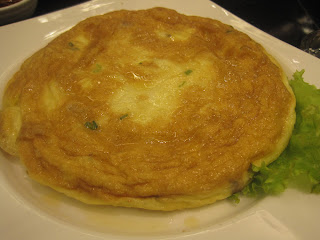 The vegetable omelette was yummy. I'm not a big fan of omelette but this one was really good. The veggies inside were cooked to perfection. The serving was just right for 3 people (2 if they are really voracious eaters) and the taste was not overpowering. 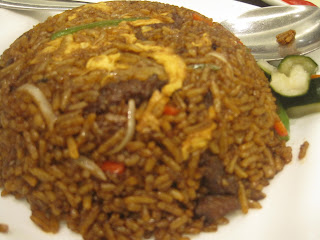 This rice is something that chili lovers would love. It was spicy and had lots of spices on it. I didn't like it that much.


I had a few bites of this because I was attending to FM and B but I can definitely say that this took time to cook because the pork was soft and the sauce tasted really well. You can actually just pour the sauce over rice and it would be a killer already.

The fish head is the main thing that my brothers recommended. They are both not fish person but this one they loved. It was not "malansa" (I honestly do not know what this is in English *shame on me*). It was really fresh and the way it was cooked, there was no hint or smell of the fish. I'd rate it 4.5 out of 5. 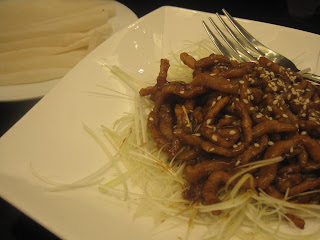 Now, for the classic order that FM and I always place ... the fresh lettuce and meat. This one is second only to the PF Chang one that I had. FM has not tasted PF Chang's version but this would be pretty good already. The meat was noodle like which added some freshness because it looked so different but overall, I wanted to take home 5 orders of it.

This dessert was pretty impressive when I first saw it. The preparation that went with it definitely took some effort. However, the taste was not all that in my opinion. It was simply a mix of beans with a lot of condensed milk.

Overall, I'd definitely recommend Lugang Cafe to family, friends, and readers. The ambience was cozy yet classy, the chairs comfortable, the service was good, and the food, really great. Its worth every peso you spend.
Food and Drinks