When I initially told my friends that I would be going to Cebu, almost everyone had the same recommendation. Eat at Casa Verde. Now mind you, I have never heard of this place so it was surprising to hear about it from so many different people. Case Verde, casa verde, casa verde.

Of course we had to try it out. I'm just lucky as well that FM is so supportive of my desire to try new places to eat at. 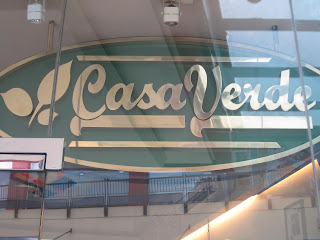 Upon getting to Casa Verde, I just had a good feeling about the place. It looked cozy and there were a lot of people eating inside even though we were there after lunch already. Clearly, this was a place that had a loyal following.

The interior was pretty cute. It had a 50's - 70's kind of feel to it, with a jukebox and flying planes decorating the ceiling. 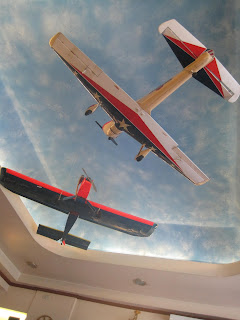 We ordered quite a number of things on the menu. We started with the soup which was creamy bacon and cheese. It was actually really creamy and tasty. The only downside for me was that it had too many leeks on top. 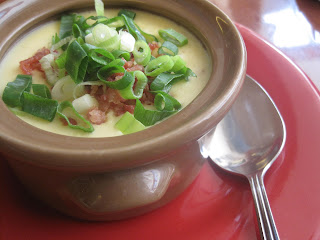 B had the shrimp pesto pasta and though it was a bit oily, it was actually pretty good as well. He finished it all by himself so I'm guessing that he liked it. 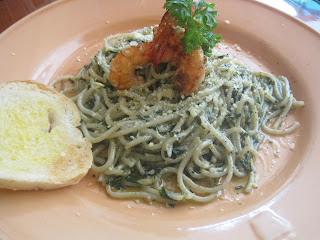 The Carly's Green salad was not lacking in  greens, cheese, corn, and meat. It was really good but we were not able to pay attention to it because of the burger and milkshake. 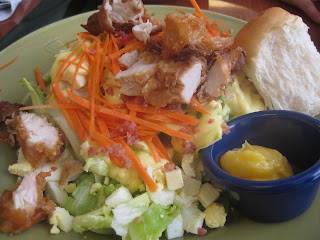 This is the biggest burger and the biggest milkshake that I have ever seen. It's called the 9 inch burger (Php388) and the Milky Way (Php288.) For a burger, the meat was actually tasty. It wasn't just a pound of meat. It was meaty and it did not leave an aftertaste on the mouth. As for the milkshake, it was your typical chocolate milkshake. Still, the novelty of it was pretty charming. 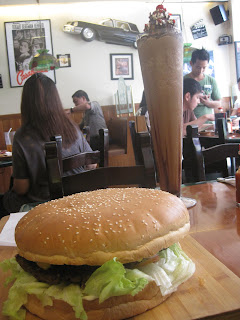 We had a great time at Casa Verde. Word of warning on the milkshake though; do not try to transfer it to separate glasses. Please ask for help or you might just have everything spill over just like what happened to us. It's a good thing that FM knows to laugh things off like this. He did not get upset that the milkshake spilled. He just ordered another one. He scored 1000 pogi points for that one. :) 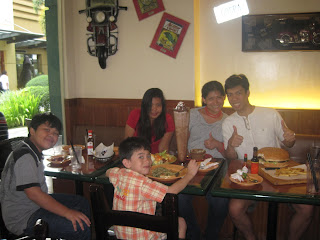 Overall, I'd recommend the place to anyone. It was a great afternoon, the place was very nice, and the food was great.
Food and Drinks