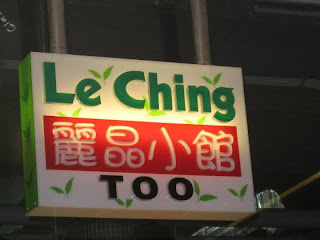 One day, FM decided to take me to Greenhills. I haven't been there in years and so it was pretty nice going to familiar grounds. After roaming around, FM and I decided to have lunch and he took me to one of his favorite Chinese resto that he used to frequent when he was still studying in La Salle Greenhills.

It was my first time at Le Ching and I was a bit wary because it was Chinese food and Chinese food is my turf. Still, I trusted FM and so I went ahead and ordered the Beef Wanton Mami. He ordered the spare ribs.

I found the container of the spare ribs cute and not ordinary. I just think it makes it harder to eat it. The taste however was delicioso. It was really something. As for my beef wanton mami, it was good but not extraordinary. What was extraordinary was the way it was set.

The saefood roll was the best thing we ordered in my opinion. It was tasty, fresh, and big in servings. The hakao, I won't even bother anymore because it was just really bad.


Overall, I was still okay with the place. It's a good thing I was with FM or else this would have been a total disaster. 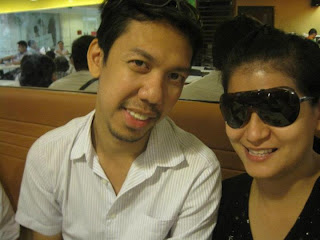