He wasn't a butcher when I met him. In fact, he worked at a pharma company. Perhaps this was why he took care of me. Pharma is medicine and meds are supposed to make you feel better right? It was what he would do for me before. He would always try to make me feel better.

He made life easier and more comfortable. He would pick me up and take me around to my events. He would bring home my stuff so I wouldn't have a lot of things to carry. He would go with me and he was fine being my driver throughout the day.

Just like a good pharma, he would bring out medicines to soothe my aches and wounds.

When he flew off to the land down under, he became a butcher. When he became a butcher, it was like his personality also took on a different route. He became cold and distant. From wanting to make sure that I was always okay, it became all about him and his needs. From thinking of my comfort, it became his comfort and when he could make time.

He became the butcher that cut my heart into pieces. He was the butcher that threw my body on a slab and proceeded to dissect me until there was nothing left. Afterward, he threw the remains without thought of how I would feel. He was done. It was over, just like that.

I was nothing but a piece of trash and just like trash, he threw me away without thought, without warning, without care.

I fell in love with a butcher and the butcher just broke my heart. 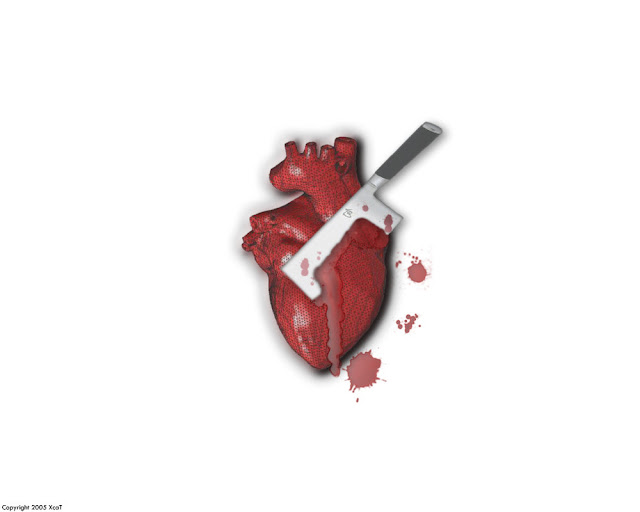 on November 23, 2015
Email ThisBlogThis!Share to TwitterShare to FacebookShare to Pinterest
Labels: Relationships