9WT: They're Playing Our Song

I was lucky enough to have been part of the preview night for They're Playing Our Song by 9 Works Theatrical. I was pretty excited because I saw Nikki Gil in Sweet Charity and she did really well back then. I didn't have much of a clue as to what the show was about because I wanted to learn what the story was about as it happens.

Upon arrival, there was a red carpet and a photo wall. I couldn't resist so I had my photo taken. 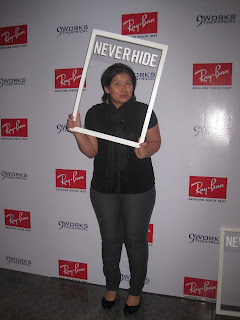 Isn't it cute? I love the NEVER HIDE frame. I also loved the musical note insignia that was on display. Too bad, I wasn't able to get a piece of the pie because when we left, it was all gone. 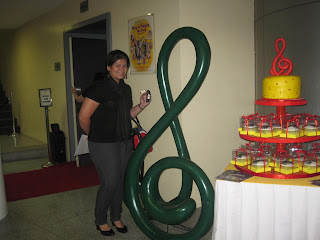 My friend went to see it with me since FM wasn't able to. We both liked the look of the cupcake but it was a tad bit dry to be honest. 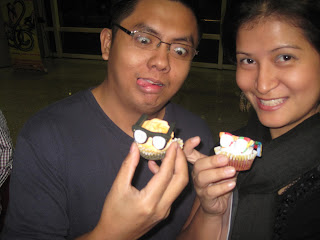 Now about the play ... Sonia Walsk and Vernon Gersh are two people who were perfect for each other but because of Sonia's crazy affinity to her ex-lover, problems rose up in her relationship with Vernon. Will they be able to patch things up and live happily ever after or are they meant to be apart?

With a fantastic revolving set that changes in seconds, witty lines, sarcastic humor, and quirky one liners, They're Playing Our Song is bound to make you laugh and giggle. When you hear the songs Fallin'  and I Still Believe in Love, it will make you fall in love, relive your memories of love gone by, and as the song says, believe in love once again. 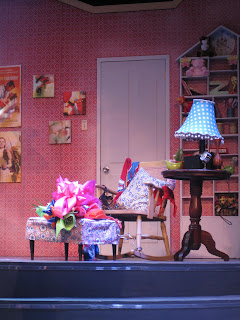 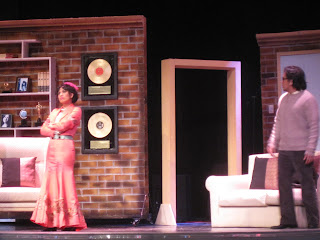 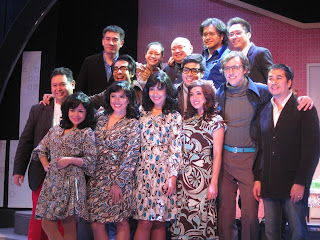 Co-presented by The Rockwell Club and The Peninsula Manila, this romantic offbeat comedy musical returns to Manila after more than a decade via one of the country’s leading theatre groups, 9 Works Theatrical. With Nikki Gil as Sonia Walsk and Lorenz Martinez as Vernon Gersh, this intimate romantic comedy musical is truly worth watching.

They're Playing Our Song will run at the Carlos P. Romulo Auditorium, RCBC Plaza Makati from February 8 to March 3 and is co-presented by The Rockwell Club and The Peninsula Manila, with special participation of SM Accessories, Lynelle's, Mary Grace, BPI Credit Cards, and media partners, MYX, Business World, and HerWord.com.

They're Playing Our Song is presented by special arrangement with SAMUEL FRENCH, INC.

on February 12, 2013
Email ThisBlogThis!Share to TwitterShare to FacebookShare to Pinterest
Labels: Everything Arts