meet up with Jay

He would always comment on my entries. The first time he did, I was surprised but figured he merely tumbled upon my blog. On the 6th comment, curiosity got the better of me and I visited his blog, Rafol's Draw of Thoughts.

I found his blog interesting and found my elf commenting on his posts. One day, he said he was going back to the Philippines to get married this December and I joked that he should meet his blogger friends while he's here. To my surprise, he said yes and hence, the meet up with Jay happened.

I suggested we eat at Ayala Triangle to showoff the Light and Sound show. I was pretty excited to see it live as well. IT RAINED THAT NIGHT. Hence, no light show.

We were supposed to meet at 7pm but 8pm came and went and they weren't there. It was a good thing that there was the GMA News event so I was able to while away time. Jeo of Jeogasmic (another blogger that was part of the meet up) arrived early and so even though we didn't know each other, we hanged out and had fun at the GMA Event. 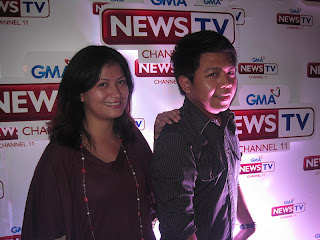 Around 830 pm, Jeo and I decided to head out to Ayala Triangle and get us some seats. I knew it was going to be jampacked but we were lucky to get a table at Momo Cafe. We met with Jay, his fiancee, and cousin. 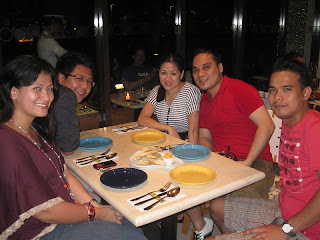 It was good chemistry on first sight. We had no awkward moments and I found the fiancee charming, gracious, and pretty. I was happy that I did not get any bad vibes from her because girlfriends, wives, and fiancees of friends normally do not like me at first.

We sat down at the table and I got quite a shock. The cousin apparently had a British accent and was well versed in speaking either Visaya or English. Haha. It was a surprise because he looked so Pinoy. See? 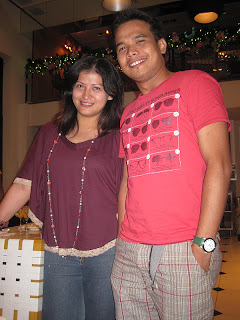 It was amazing to be with bloggers again because as with other meet ups, the conversation never stops. It was just free flowing and laughter was present all the time. I did feel a bit apprehensive because they made me order and I was worried that they wouldn't like what I got for them. 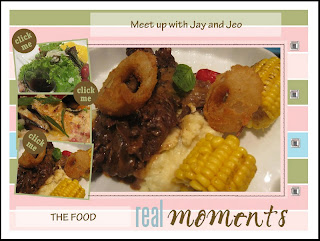 Thankfully, they said that they loved it. I hope they weren't pulling my leg coz I honestly felt I could have ordered something better.

After lots of laughter mainly because of the cousin and I ribbing each other, we set off for the night since it was pretty late already. Of course, I made sure that we had a bloggers photo. 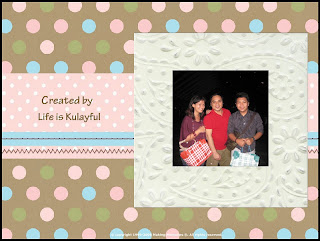 I also got some gifts from them which was really sweet.

The two below are from Jay. Love it! 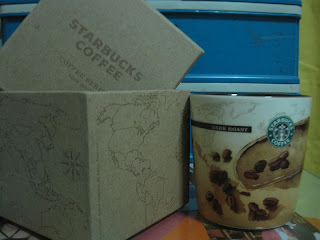 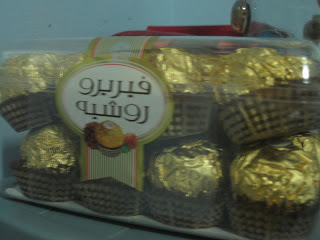 Overall, it was a night of fun and food. Best thing about it? A real friendship was formed.
on December 09, 2011
Email ThisBlogThis!Share to TwitterShare to FacebookShare to Pinterest
Labels: Family and Friends