The gates and borders of countries are slowly opening. If you are like the rest of the world and ready to travel once more, I suggest going to Peng Chau in Hong Kong to ease you into traveling and immersing yourself in the joy and culture of another country.

The island of Peng Chau, or ‘flat island’ offers a relaxing retreat with easy trails and a taste of real village life without the bustle of holidaymakers, yet it’s less than an hour’s ferry ride from the central business district on Hong Kong Island.

So, here are 5 places that you need to see when you step foot on the beautiful island of Peng Chau. 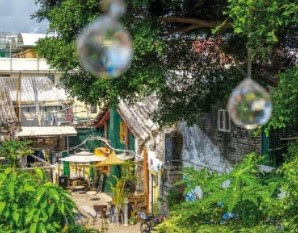 Hidden on the main street of Peng Chau, the Fook Yuen Leather Factory is easily one of the island’s most popular tourist destinations. The former factory — a Grade III historic building constructed in the early 1930s — has been transformed into a colorful ‘secret garden’, with artistic graffiti and creative installations made from chairs, bottles, and tires, giving visitors the perfect background for taking selfies. You may also want to check out the newly developed art spaces on the island or visit the pottery workshops to get a glimpse of the island’s once-popular pottery-making industry. 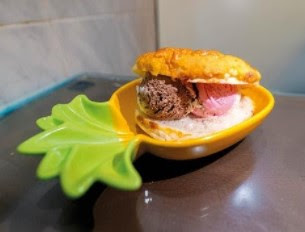 Any visit to this island is not complete without trying some freshly cooked seafood. A number of cha chaan tengs (traditional Hong Kong cafes) and small restaurants are available along Wing On Street, just a short walk from the ferry pier. Be sure to try some of the local specialties, such as deep-fried shrimp toast, ice cream pineapple bun and steamed shrimp with glutinous rice, before you catch a ferry back to the city. For more food and drink options, there is a supermarket on Po Peng Street; many local grocers on Wing On and Wing Hing streets also sell fruit, snacks and bottles of water and other drinks. 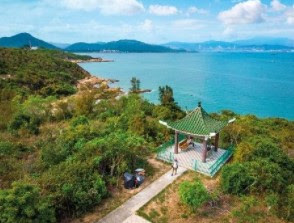 Located at the far end of Peng Chau, Ngan Chau Tsai Pavilion is known locally as the ‘edge of the sky and corner of the sea’. To reach it, you have to take a leisurely climb over Finger Hill — rising 96 metres above sea level — before following a narrow trail. Standing on the island's easternmost point, the pavilion offers a panoramic view spanning from Lamma Island, the western part of Hong Kong Island, to Tsing Ma Bridge and Hong Kong Disneyland. 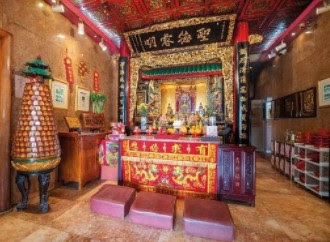 Lung Mo is a Chinese goddess of water traditionally worshipped by local villagers who often spend time at sea. This temple, which opened next to Tung Wan Beach in 1971, is the largest on the island, and has an interior decorated in gold. Legend has it that aspiring parents who touch the goddess’ bed will be blessed with a good marriage and a greater chance of having children. 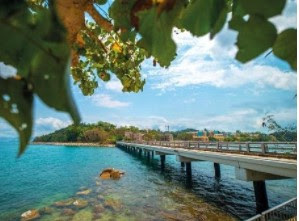 Before heading back to the city, don't miss the island’s perfect spot for enjoying the sunset and taking Instagram-worthy photos — Tai Lei Island, an islet connected to the main island by a short bridge. It has a small beach and is also a popular fishing spot.

Make sure to take a lot of photos when you visit Peng Chau because all these places are instagrammable and should be shared with the rest of the world. Hope to see you there soon!

on July 01, 2021
Email ThisBlogThis!Share to TwitterShare to FacebookShare to Pinterest
Labels: Travel & Adventure