It was late 2016 when I started feeling overwhelmed with the number of material things that I had. The first real memory of that feeling though was back in 2013 when we first moved from a big house to a small one. Moving houses, I realized that I had 16 boxes of stuff. 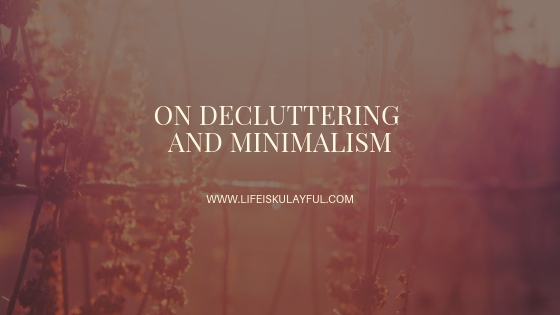 SIXTEEN BOXES. This did not include my clothes, bags, and shoes. These were literally just stuff that I owned. 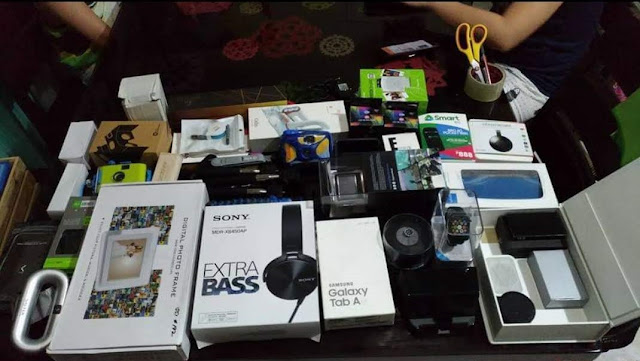 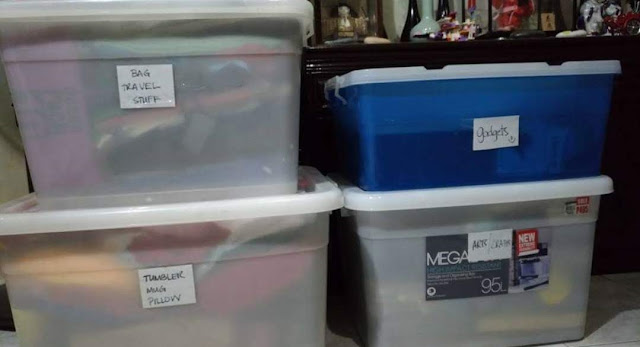 They no longer sparked joy. 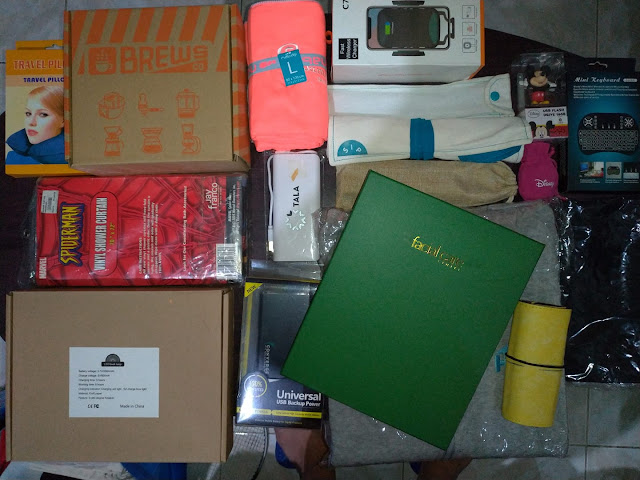 2016 I started posting photos of items that I have and a few friends started "shopping" my stash. However, I still had too much stuff and because I cover events, I just kept getting more and more items. 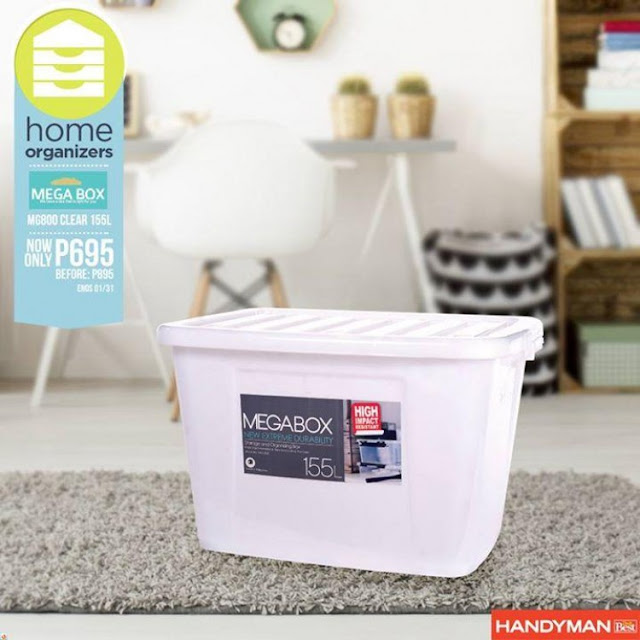 2018 I finally started purging for real. I let go slowly but surely of items that I no longer wanted, needed, or even used. I also started having more space in my office and I was even able to move out 6 megaboxes out of my office and into the garage.

Now that it is 2019, I can finally say that I have gotten rid of 60% of the items that I don't need, want, or plan to use ever. This means, accessories, books, miscellaneous items, bags, make up and shoes.


As you can see, I now have a less cluttered table. I even took off the photos and decors that were on my wall because I started to not notice them and felt like it was just a bunch of clutter.

I also made a space for my candles and pens as well as a spot for my tumblers. On the leftmost side, M recommended putting the two megabox drawers on top of each other to save space which was genius. I don't know why I never thought of it but I'm glad M did. It literally opened up space in my room.

For the dividers, I've thrown away things that I do not need that were stored there so everything that you see are items that I actually want to keep.

As for the pen drawers, I've done 4 rows and I'll be going through the rest this weekend. Thankfully, most of the pens in the first 4 rows were working and I had to throw less than 20. 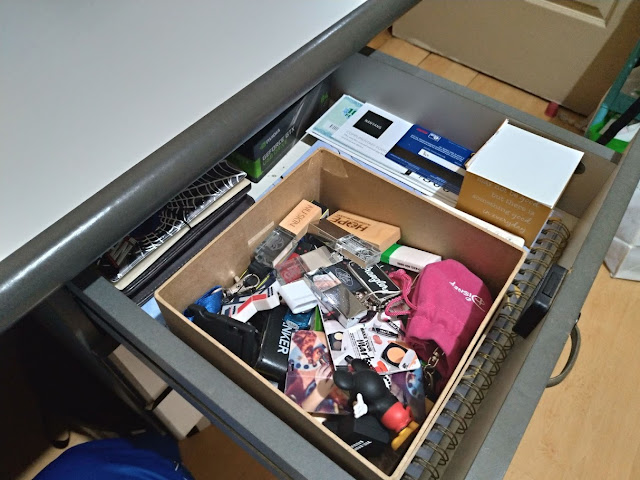 I also compiled all of the USBs that I had in a box. Before it was scattered all over the place and now, it's in one box so it's easy to find. 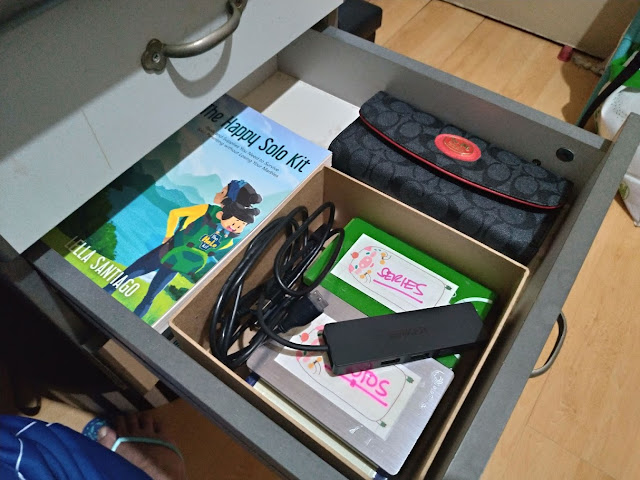 I also placed all of my hard drive in one box along with the cords. This way, there is more order to my things. 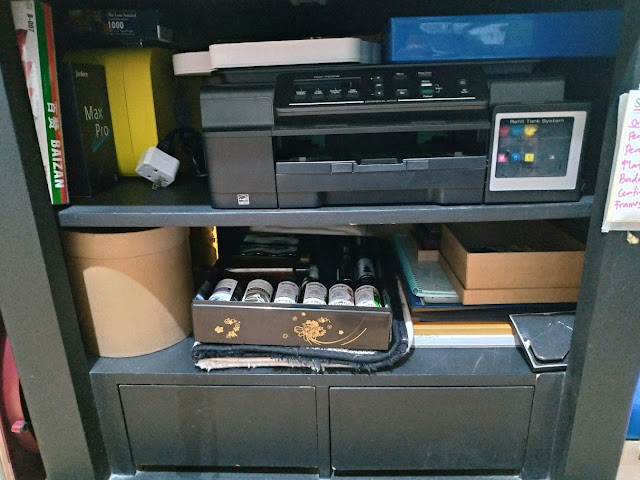 I've also placed all of my oils in one drawer, my streaming materials in one box and all of my recognition and certificates in one pile.

The printer is nownow loca inside the black divider because I was able to get rid of all the stuff that was placed there before.This saves me A LOT of desk space to make space for other things that I wanted to see so that I can use it.

I had 385 lippies back in 2018 and now, I only have 70pcs left. YASSSS! I was finally able to declutter and give away more than half of my lipstick collection. *pats self on the back*

As you can see, the room is more spacious now than ever. There used to be a ton of small storage boxes piled on top of one another and just too many clutter. 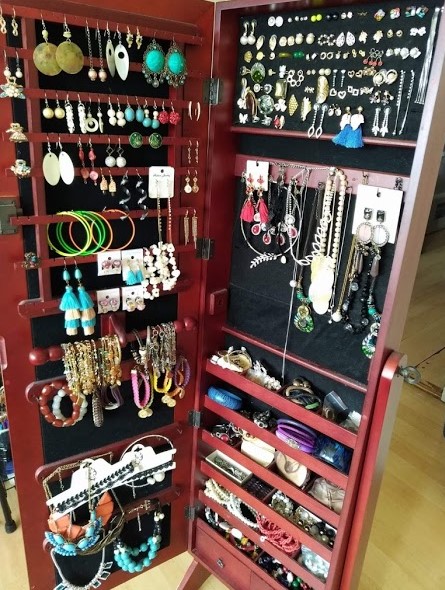 As you can see in the 2018 version, I had everything. I did not let go of anything at all regardless of the fact that I have not used a lot of it for more than 5 years. 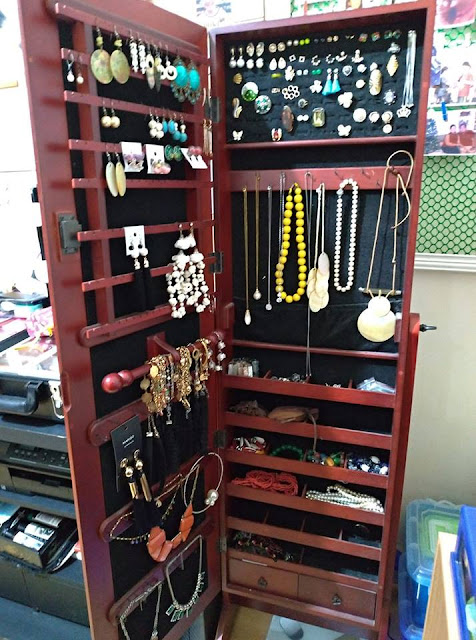 This year, I finally purged this cabinet and left the ones that are in great shape as well as the ones that I will definitely wear.


I also purged a lot of my makeup. Everything that I didn't want to use but thought I should still keep, all the shades that just didn't work for me no matter how expensive, and everything in between. I managed to cut it down to 5 small containers as opposed to having 4 huge drawers before of make up.

The other miscellaneous items I got rid of are the happy meal toys I used to collect. I had 4 boxes of these and the other 3 has been given away to charity. 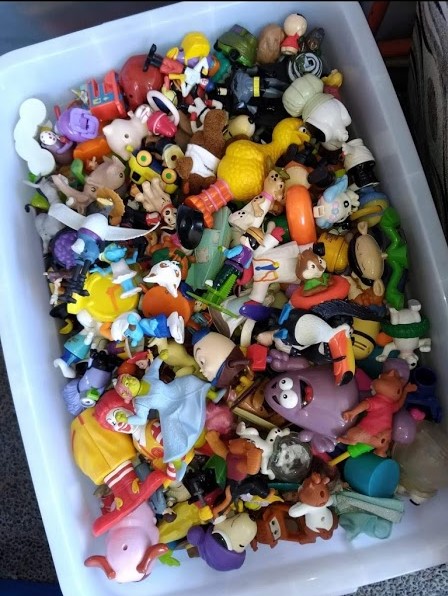 This blue Orocan drawer with 4 layers is now gone from my home office. It has now been repurposed to house miscellaneous items in our home and is sitting prettily in the garage.

These craft material has also been donated to public schools and what's left are the actual scrapbooks that I made. 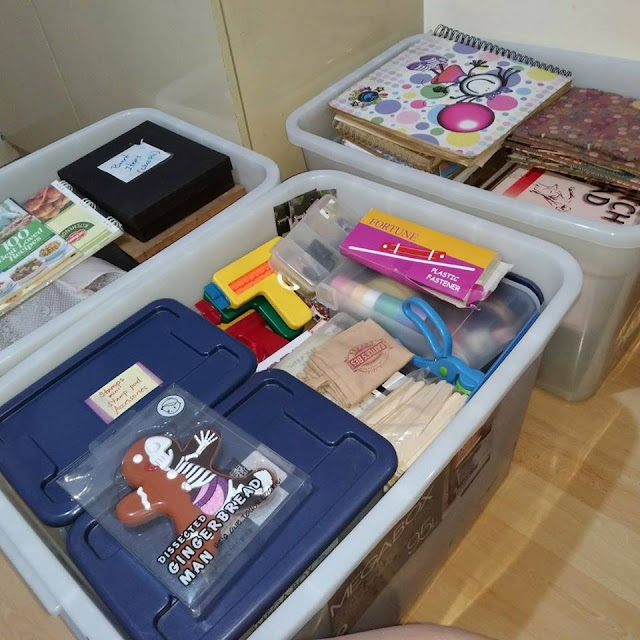 Lastly, the shoe purging is officially done on my end. I threw away over 20+ pairs of shoes, some of them never been worn because they just did not serve a purpose. One was an imitation that was gifted to me, the other was too uncomfortable on the feet, and the rest were just no longer sparking joy in me at all. 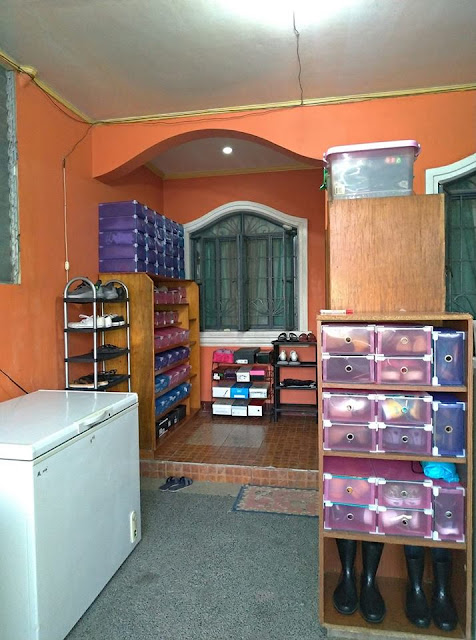 The road to becoming a bit more minimalist in my items has not been easy. It has been challenging but seeing that there is more breathing room at home and being left with items that I can now display so I can use has been truly wonderful. It's a great feeling to have that everyone should aim for.

When everything that you own makes you happy, it's a little hard to be sad and unproductive.

How about you? Have you been bitten by the KonMari bug?

If you need a guide, feel free to DOWNLOAD MY PDF guide.