Thoughts on what Duterte had to say

Here are my personal thoughts on the article I wrote titled Duterte and what he has to say. To understand fully, read the article first. Italicized words are from the article.


I am not the man I am portrayed to be by some.


This was the opening remarks of Mayor Rodrigo Duterte.

This was an understatement. I think that Duterte is one of the most misunderstood candidates in this election. He has been portrayed as monster for being honest about the things that everyone does.

A lot of the businessmen were disappointed because they were expecting Duterte to rally about what he will do for their business and what not but he didn't. I just don't understand why people claim that he has no plans. He does but as he stated, there can be no economic growth if there is no peace and order. This is true.

Duterte aims to accomplish this by increasing the base salary of law enforcers and military personnel from Php14,000 to Php28,000. If the personnel are earning enough, there would be less reason to be corrupt. Duterte acknowledges that he cannot run our country with a corrupt law enforcement.

The greediness in people is the main thing that drives people to do horrible things. The desire and need for more money is one of the main reasons why we have many corrupt officers. If he doubles the salary and still catches officials being corrupt, he will handle these officials. I think any official who would step out of line should be very careful and think a million times.

Duterte said that he is being castigated for being brutally honest. For him, he will definitely use the police and military to go out and make arrests. If the perpetrator fights back and endangers the life of the police or military personnel, he will give the order to shoot. If a perpetrator will hurt his people (citizens and law enforcers) then yes, he will kill because this is his country.

This does not mean that he will just go out and kill people. He will exercise due process but if needed, he will not hesitate to give the order to shoot. For him, the lives of innocents matter more than the life of one person who is already endangering the lives of many.

This is the part that everyone goes cuckoo about. Human rights violation and all that. From what Duterte has always stated, it is the criminals who will fight due process and endanger the life of the officers or people that he is willing to kill or order the military or police to kill. When someone rapes a child, a woman, does drugs willingly knowing that they have no complete control over themselves and commits a crime ... when someone is a pedophile or sells drugs to students and minors who do not know better ... these people are no longer human and do not deserve human rights. If you are so worried about the rights of these criminals, think of the rights they took away from their victims. Not everyone deserves to live.

I also love the fact that Duterte called out the men inside the ballroom and told them that a lot of them have side chicks. Duterte clarified that he is already annulled so if he has a girlfriend, it shouldn't be an issue. He even went as far as to state that he is a man and has needs. I guess it ruffled the feathers of many because he was mentioning things that are normally reserved for chitchat in the confines of a coffee shop or bars.

I could see the reactions of people. Some reporters and businessmen had looks of disbelief on their faces and it was just so tempting to ask them, "Why? Do you not think what he just said? Are you really so pure?"

Overall, I found him REAL. I think this is the one thing that the other candidates just didn't have. He wasn't pretentious at all. He was an ordinary person talking to a group of people and he didn't care that they were wearing fine clothing, or that they were millionaires or that they were some of the most powerful men in the Philippines. He came in wearing a simple polo shirt, he cursed when he was upset, and he called a spade a spade. I think it's time we have someone like that in Malacanang. We've already had our share of traditional politicians and we are still a country that is looked down by almost everyone. Our biggest import is our own people and a lot of tourist think we are people who just clean other people's bathroom. We can be so much more and we deserve to be so much more.

It's time we stop putting on the wolve's clothing of being "educated" "civil" "always act what is expected of society" and have someone who truly loves this country and want what is best, curses and all. He is not perfect but right now, no one needs perfect. We need change and this is what he brings to the table. 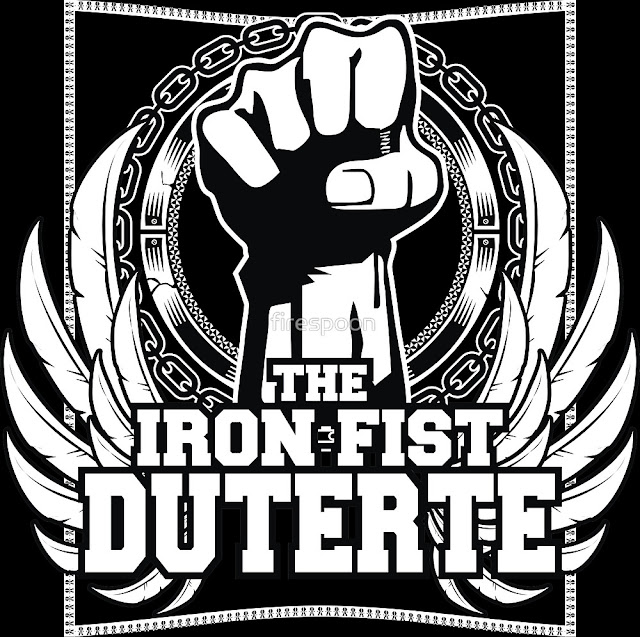 PS. I am both happy and sad with how people acted during this election period. Happy because their true colors were revealed and sad because I was mistaken about so many.

PSS. We also need new blood in the journalism industry. There were so many biased journalist during the speech. The reactions and side comments were snide, cruel, and simply frustrating. It seems it is not only the politicians who are trapos but also some journalist. As someone who looks up to journalists, this was quite heartbreaking. Integrity was non existent.
on April 28, 2016
Email ThisBlogThis!Share to TwitterShare to FacebookShare to Pinterest
Labels: My Thoughts & My Life