If you can't tell the truth, then be vague.

What I love about the show was that it wasn't just another musical or just another run of the mill comedy. It was so much more. It was actually about family, love, forgiveness, as well as acceptance of oneself and the truth. 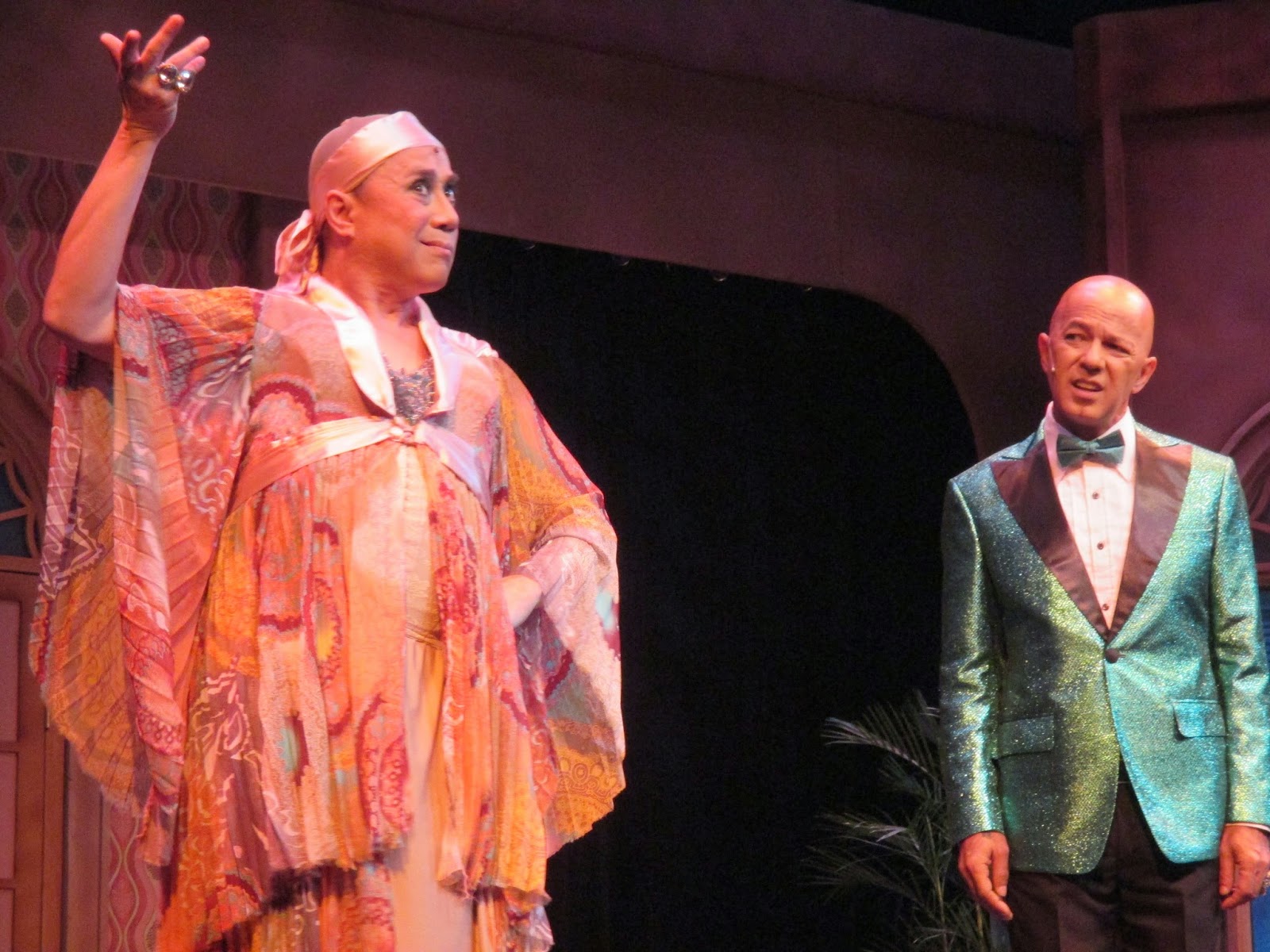 In this scene, Albin is seen as being his quirky self while George looks on with a bewildered look on his face. As much as Albin is loud and complex, George accepts him for he loves him and loves everything about him. Albin accepts himself and George accepts Albin for who he is, quirks and all. Isn't this something that we all wish we could have? 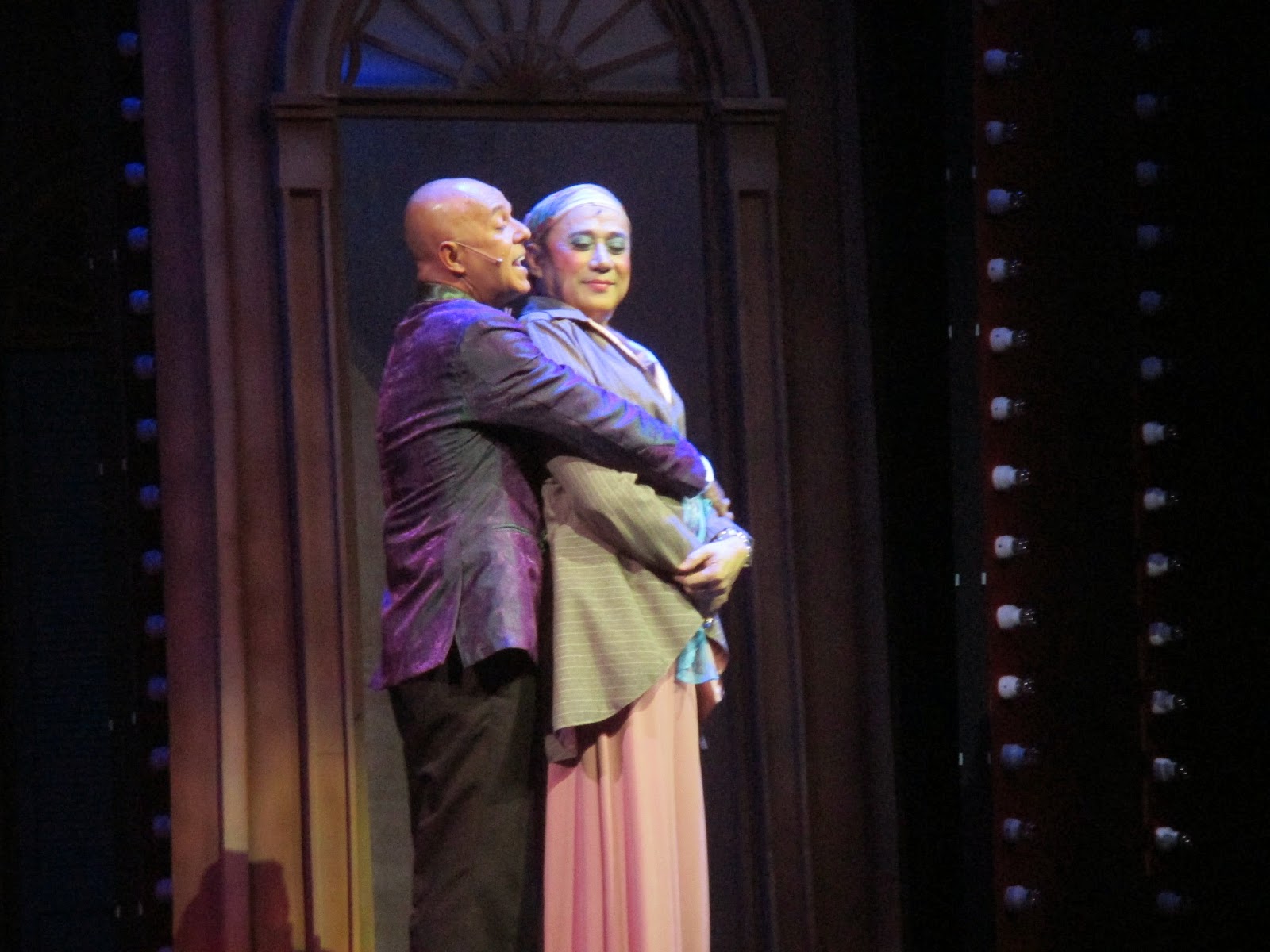 The love shown in this scene was too much for me to bear. I was seriously envious of the way George looked at Albin. The love in his eyes when he looks at his partner made me think to myself, "I wish someone looked at me that way." Yes, I was envious of two characters in a play. Darn you Mr. Michael de Mesa and Mr. Audie Gemora .... you were just too convincing. 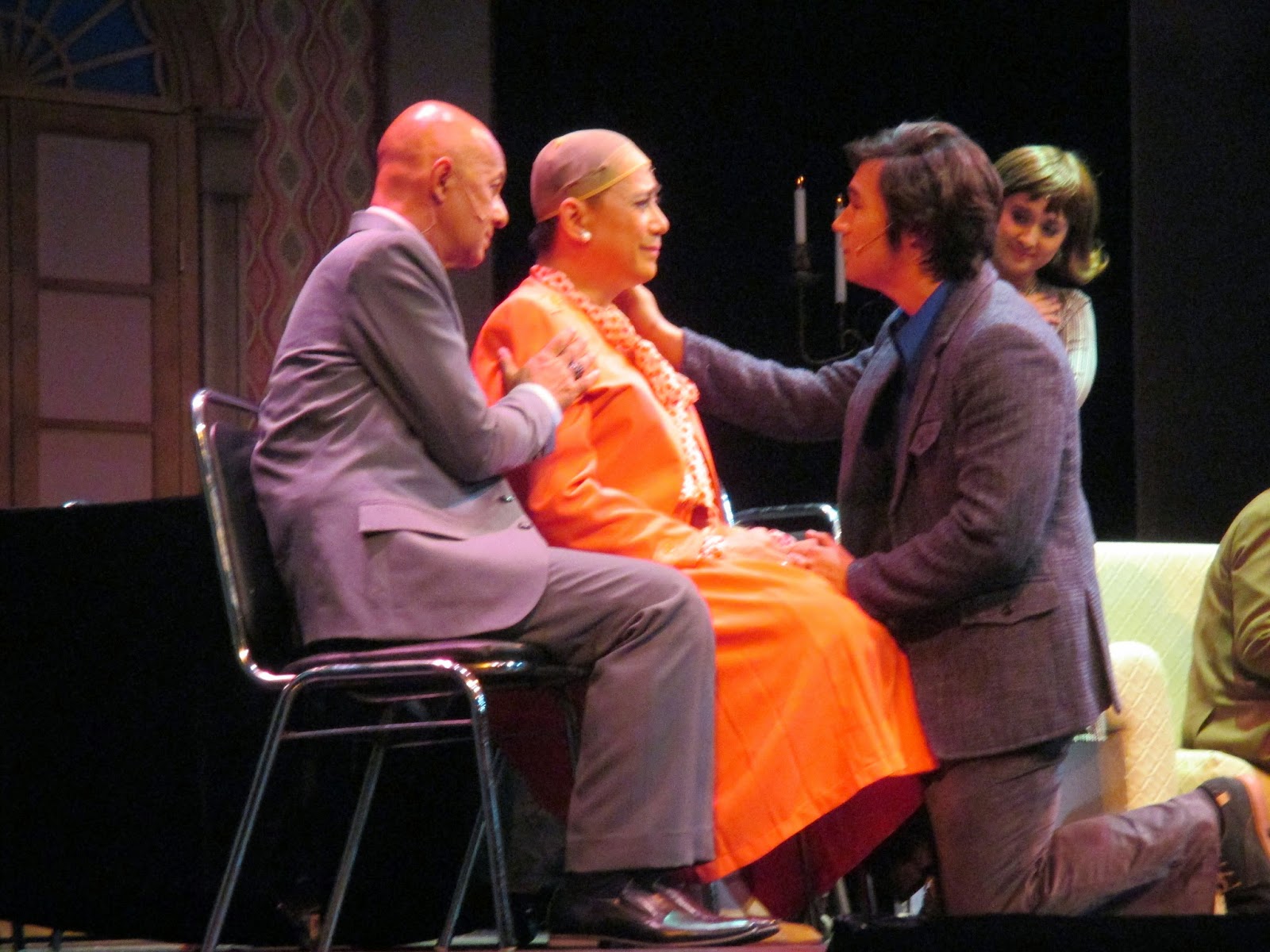 Forgiveness. This was also something that was featured in La Cage. When Jean-Michel realized what a fool he was for being ashamed of Albin, he admitted his mistake and seeked forgiveness which was easily given because Albin has unconditional love for Jean-Michel. At the end of the show, we fall in love with La Cage Aux Folles because it is us. We see ourselves in each character and we see our lives or a semblance of it in every kick, smile, pain, and performance they execute.

We are George, the one who is hopelessly in love and will accept everything about the person we love. Sometimes we make mistakes but it is never with malice. We are Albin, we all have our little quirks and craziness that make us unique and special. What makes us more special is our capacity to love and forgive without borders. We are Jean-Michel. Sometimes, in our need to be accepted by people, we compromise but eventually realize and accept who we are, more often than not with a little bit f wear and tear but always for the better. We are THE MAID. We wear many hats and don on many roles, depending on what society demands of us and what we can give. We are the Tradition, Family and Morality Party. We all have our own biases and prejudices. We work hard to not judge but we judge. We all judge. Lastly, we are the Cagelles. We smile and laugh and do what is expected of us while in our heart of hearts, we yearn to be something else or someone else.

This is what a show is all about. It was produced with heart, mind, body, and soul. It is what it is. A masterpiece. To miss this show would be a HUGE MISTAKE for any theater fan. Catch it at the RCBC plaza from Feb 28 to March 29 - all weekends only.

PS. Rafa was adorable in GREASE but here, he was loveable. My eyes couldn't help but stray to him whenever he was on stage. I did not see Rafa. I saw a very pretty cagelle the whole time and one who never lost her poise the entire time. 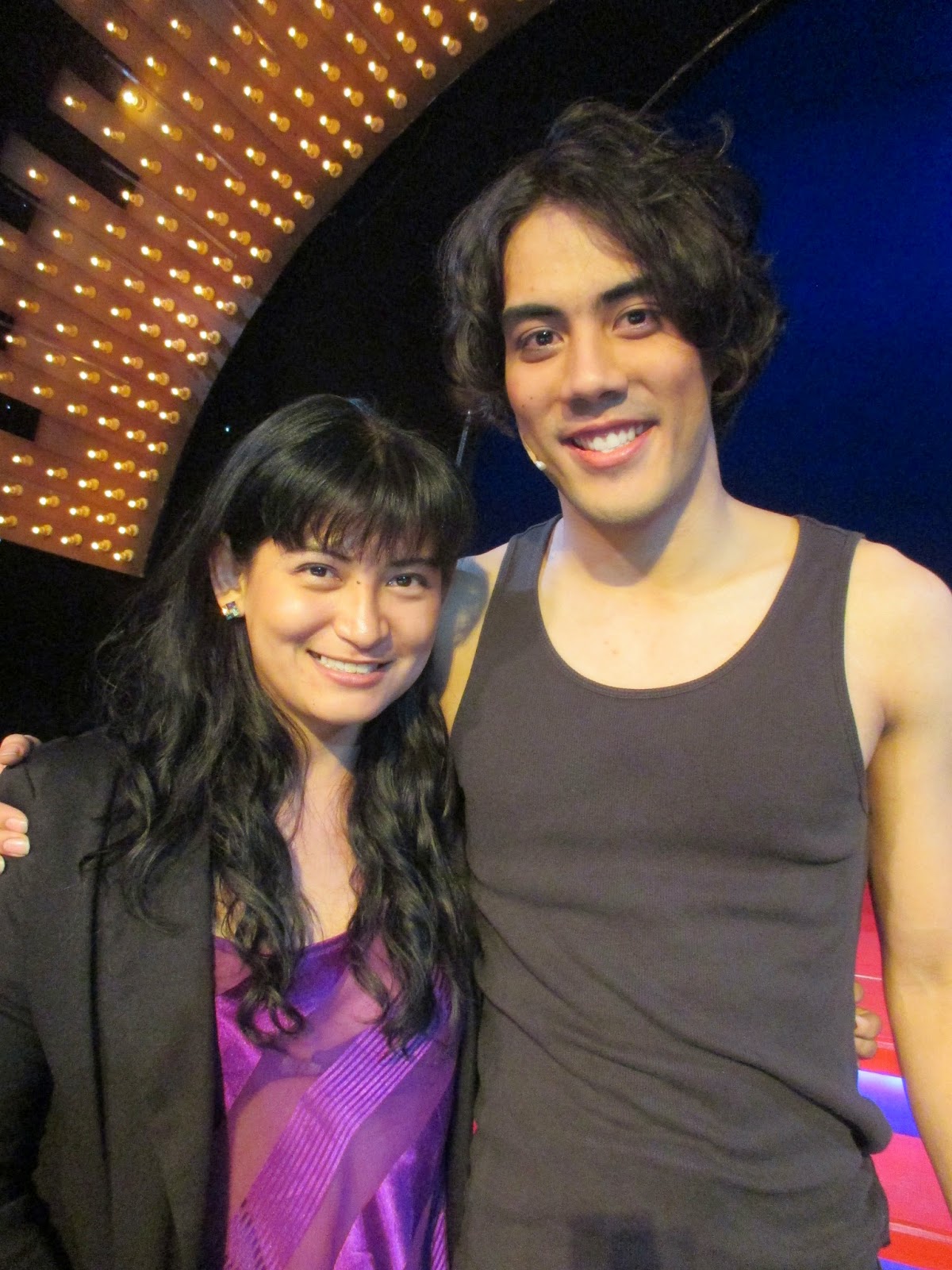 BRAVO everyone. Truly, A MASTERPIECE.
on February 28, 2015
Email ThisBlogThis!Share to TwitterShare to FacebookShare to Pinterest
Labels: Everything Arts