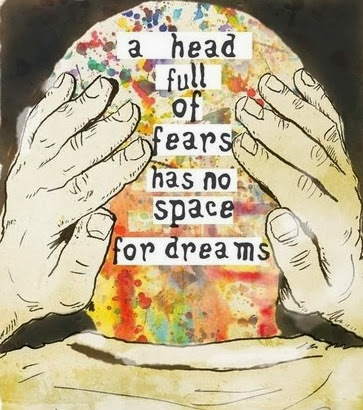 I was recently mugged and a knife was held to my side. I thought I was going to die for sure since the guy seems intent on getting what he could and harming me if I did not cooperate. Short version, I survived. However ... my mental state seems to beg to differ.

Today, a man came knocking on our door claiming that we had ordered gasul. Since no one in the family did, I became suspicious. I went to the kitchen and grabbed a big knife then went back to the door and waved the knife at the guy telling him that we did not order any gasul and he better leave. The man got scared and showed me the receipt showing that it was our address. I finally saw it was actually a neighbor who ordered and the man was just at the wrong door.

I apologized and felt embarassed.

I realized that Sunday nights events may have gotten to me more than I thought it did. Having someone threaten your life like that is no laughing matter. I felt helpless and angry all at the same time. I felt helpless because I couldn't fight back since a phone wasn't worth dying for but at the same time, I was so angry because how dare they threaten my life over a phone?

This year I vowed to myself that I will overcome my fears and slowly, I have been able to do just that. Now, a new one has come into play and I know that I will also need to overcome this. It may take time but I refuse to be fearful of things and to have a head full of fear.

I refuse. It will take time but I know I will win this battle as well. I will win it because I want to ... I will not let fear dictate my life for I still have many dreams to acomplish.
on February 11, 2014
Email ThisBlogThis!Share to TwitterShare to FacebookShare to Pinterest
Labels: My Thoughts & My Life