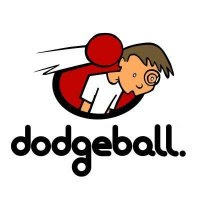 Life really is funny. Sometimes, you don't know what curveball it's about to hit you with until the very last second when its about to hit you ... and you either duck to hopefull avoid it, or face it straight on and pray that you survive.


Life has hit me so many times with small and big curveballs that I seriously have no idea already if the bruises I've received will eventually go away or is etched permanently. I've been hit by small curveballs and those hurt but they eventually go away. I've been hit by big ones and though it takes time to recover from those injuries, the good news is, you do recover.


Since February this year, I've been hit left and right, front and back by balls of all shapes and sizes. I tried ducking with minimal success and had my face and body smashed into bits and pieces when I faced it head on. I thought I've shattered already. I thought that I would never heal ... I felt so bereft that I honestly believed it would take years for me to be okay.


It seems that the hits I've received has made me a stronger person and now, I am able to easily stand after getting hit and just walk away. I may bleed but I heal faster. I may hurt, but I am able to smile. I may be wounded, but the scars don't last that long.