to my so-called destiny

It's funny how months ago, the thought of you being my destiny would have sent my heart fluttering. To you I was just a friend but to me, you have always been more than a friend. I tried my hardest to not feel anything more than friendship but as they say, the heart wants what it wants and this heart wanted you.

October 31, 2017 ... this was the day I fully turned my back on you. I never knew it could happen but it did. I thought I could put up with anything that you threw at me but then again, I never thought you could betray me that way or disrespect me that much.

It was too much.

I felt that there was no friendship anymore so I turned my back. After all, you can't really quit something that is no longer there. Your actions confirmed my worst nightmare about us. There was no us ... no more friendship ... no respect ... absolutely nothing.

You broke my heart again. You made me hesitate now in helping others. You have left a mark so big that it will take a while to get rid of it. You hurt me more than any friend ever has. You didn't just crack this friendship. You blew it to smithereens that any chance of patching it is nil. You made sure of that. Boy did you make sure that we will never ever be friends again.

However, you did not break me. I refuse to be broken, especially by someone like you.

Bumping into you on your birthday was crazy. I didn't think you'd be there coz you hated that PR group and it was your birthday but there you were, in all your glory. In a way it was good to see you coz I've confirmed that you absolutely no longer matter. My initial reaction to seeing you was to unsee you. You were like Casper. I saw right through you.

You and I ... we will never be together. I can't even imagine being friends with you, much less having you as my "so-called destiny." It would take a miracle to bring things back and one thing that I know is miracles do not exist. So to you, my so-called destiny, not that you'd ever read this, I wanna say:

Thank you for passing by and showing me what I will never put up with again from a guy. You have taught me a valuable lesson and showed me what I want in a man and that is defnitely not you. You are still a boy with the maturity of a 10 year old child. I wish you would learn your lessons soon enough and that you grow up and mature but I also pray that our paths will never cross again. I deserve far better than you and you don't deserve me and all that I have to give. You are one destination I never wanna reach and one destiny that I can do without ever meeting again.

Goodbye old friend ... I was right. You and I, we are not good for each other. We should have ended things back in Cebu then we wouldn't have gone through so much pain from each other.

You were wrong. You said we'll always have "sipa" and that no matter how bad an argument gets, we can go there, sit down, and eat sipa then things will be okay. We never had sipa coz we never had something real. If our friendship was real, you would never have let it end the way it did.

I tried to save it but you ended it with a bang. Goodbye old friend. I hope we never meet again. 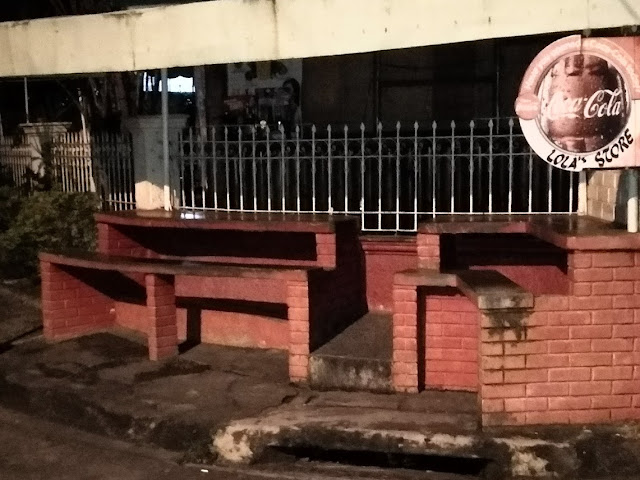 on November 12, 2017
Email ThisBlogThis!Share to TwitterShare to FacebookShare to Pinterest
Labels: Relationships